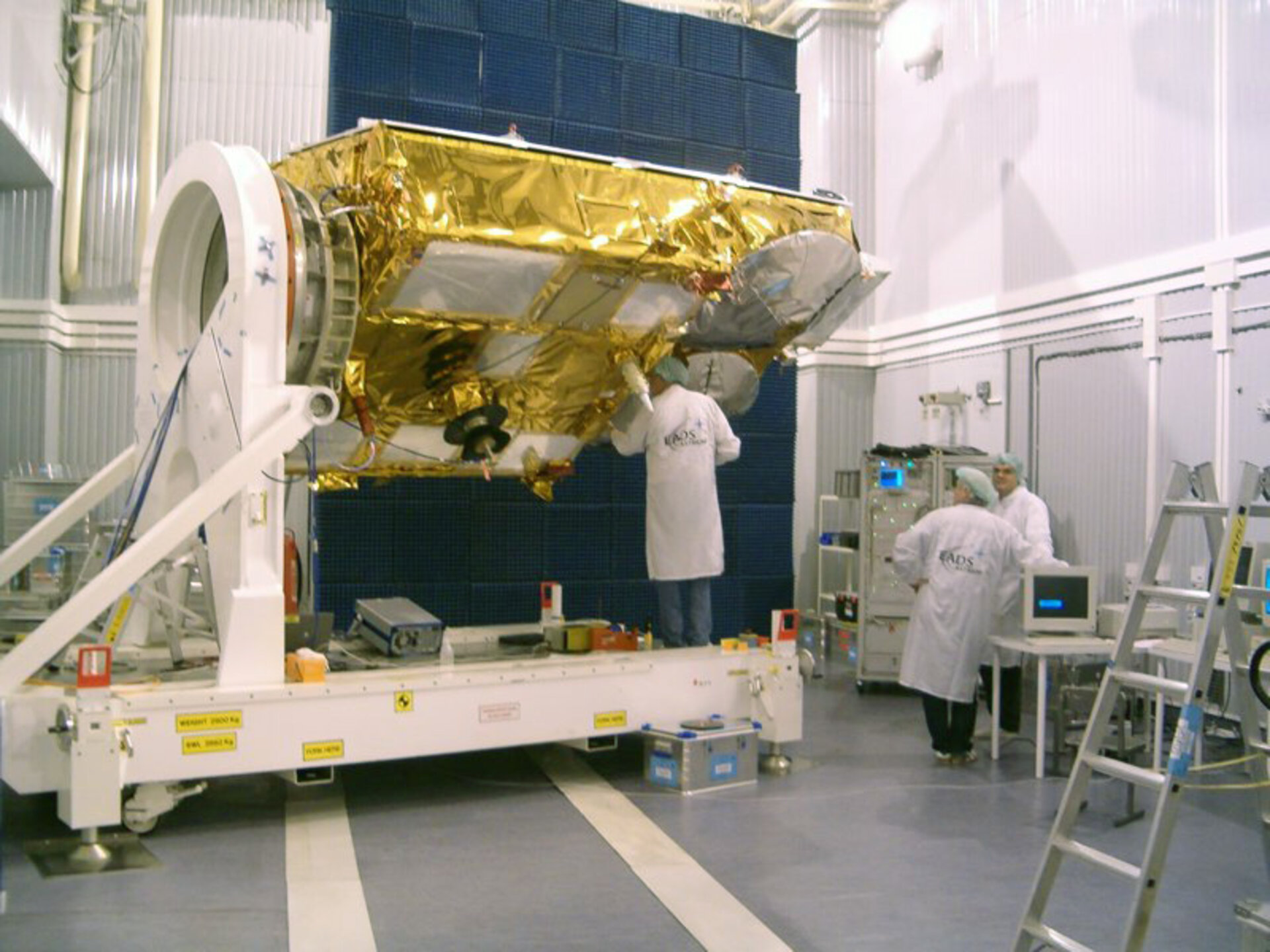 ESA Launcher Interface Engineer Kurt Büchler is part of the team at Plesetsk Cosmodrome readying CryoSat for launch, and is keeping a personal diary of events along with photos. In these excerpts he explains checks made to CryoSat's main sensor, the SIRAL radar altimeter and then its star trackers.

A very nice clear morning today. As I am in the late shift again, I have a short walk after some time spent on the fitness machines. Today some of our team members are returning home - Bernard, Karim, Stefan, Albert and Fabien - and they are waiting in the reception room to be brought to the train station. We expect some new arrivals in turn: Richard Francis, Marc de Bleeker, SIRAL specialists from Alcatel, and Sergey Galitsky from the ESA office Moscow coming again. All will arrive in the afternoon.

The network address problem from yesterday evening meanwhile could be solved easily, but now the experts are concerned about some results of a few tests with the new software: an unusual number of SIRAL data frames (about 80 out of 30000) are corrupted, and at present it is not clear whether this is due to the new software versions or possibly a hardware failure of SIRAL.

In the first case this would not be very dramatic, because - once the failure mechanism is understood - the software can be 'repaired' and updated in flight with a patch uploaded to the satellite in orbit. Should it be a hardware problem however, then this would have a more serious impact.

The test to tackle this question is the short term loading of the old software into the RAM memory (this can be done very quickly and has no long term effects: when the unit is switched off, the memory content disappears) and do the same series of tests again with the old software. If due to the new software, these errors will be drastically reduced using the old one, if not, we may have a problem ... So everybody hopes that the outcome will be only a few errors, then we know it is a software problem, which does not affect the launch date. The test will only be finished late, and we know the evaluation only tomorrow!

In parallel Constantin and Sean finalize the set-up of the EGSE for the SIRAL test tomorrow, and Fritz checks that the SIRAL antenna is emitting with the help of a RF monitor, typically used to warn persons who are working in a radio frequency environment. The monitor shows, that the antenna sends pulses, and also that the environment is not dangerous if one does not jump around directly in front of the antenna.

The late shift today starts a little bit earlier than usual, at 11 a.m., to make best use of the available time. In the morning yesterday's data are already evaluated, and it can be confirmed - as it was expected - that the issue with the corrupted data frames is not related to SIRAL hardware but is a flaw of the new software. This can be corrected without impact on the schedule.

The SIRAL test, being of paramount importance for the progress of the launch campaign, passes successfully. The experts are now happy: they have delivered an instrument to the satellite that will fulfil its task!

The launch procedure needs to be worked out in detail. Richard, Fabio and Bill discuss with experts from Friedrichshafen around the table and via telephone; and of course ESOC, ESA's ground control centre in Darmstadt, has to be in the loop as well. Future activities will more and more focus on this interface.

Now that the SIRAL test is over, CryoSat is available again for other work. An important one is the verification of the alignment: a key element for the precision of the scientific measurements is the accurate knowledge of the direction into which the instrument is looking.

The star-trackers - using star constellations to determine the attitude of the spacecraft - have to provide this information in orbit. Their position with respect to SIRAL's antennas is exactly aligned and measured. Now the task is to verify that nothing changed during the transport. Fritz, Karl and Wolfgang start with the theodolite measurements in the evening. They can complete two out of six alignment points, the rest will be done tomorrow morning.

A successful day, we are on schedule.

Today is planned as a shorter day, because Astrium has invited us for a barbecue somewhere far away on the other side of Plesetsk!

However, the weather in the morning does not give much hope, it is raining and keeps raining until - fortunately - the afternoon. There was quite a change in the weather during the last ten days: when I arrived, a shirt with short sleeves was okay for walking outside. No way anymore.

During the campaign this week we have reached the peak with regard to manpower - ESA and industry together around 27. This is an important number for the bus rides, imagine we would forget one! There were instrument tests this week, specialists came for that and quite a few are leaving tomorrow. So the internal meeting in the morning is stuffed with people.

The plan for the day foresees the finalisation of alignment measurements. This is done by Karl and Fritz. Furthermore the launch procedure is run as a complete sequence. This is basically a step by step operations instruction of actions and commands, sent to the spacecraft, and then the responses of CryoSat. It takes about three hours. For the launch this procedure will be run by Astrium with the EGSE, ESOC will monitor it from Darmstadt.

We finish in time, and altogether leave in the afternoon. Back to the hotel, take something warm (still raining...) and off to the barbecue place. Finally the three buses (as it not only us, but our counterparts at the space forces and Russian industry join us) enter a forest road full of deep puddles and holes, a good terrain for a four-wheel off-roader. The driver remains unimpressed and just makes it through. Lot of fun with the passengers.

Then finally the rain stops miraculously. We arrive at a sort of camp, are welcomed with fish soup and vodka (and good bread!). It becomes a long evening with lots to eat, many toasts and music at the end - one of our space forces colonels is singing Russian songs and Beatles. And of course Richard gives us the 'Wild Rover' in the end!