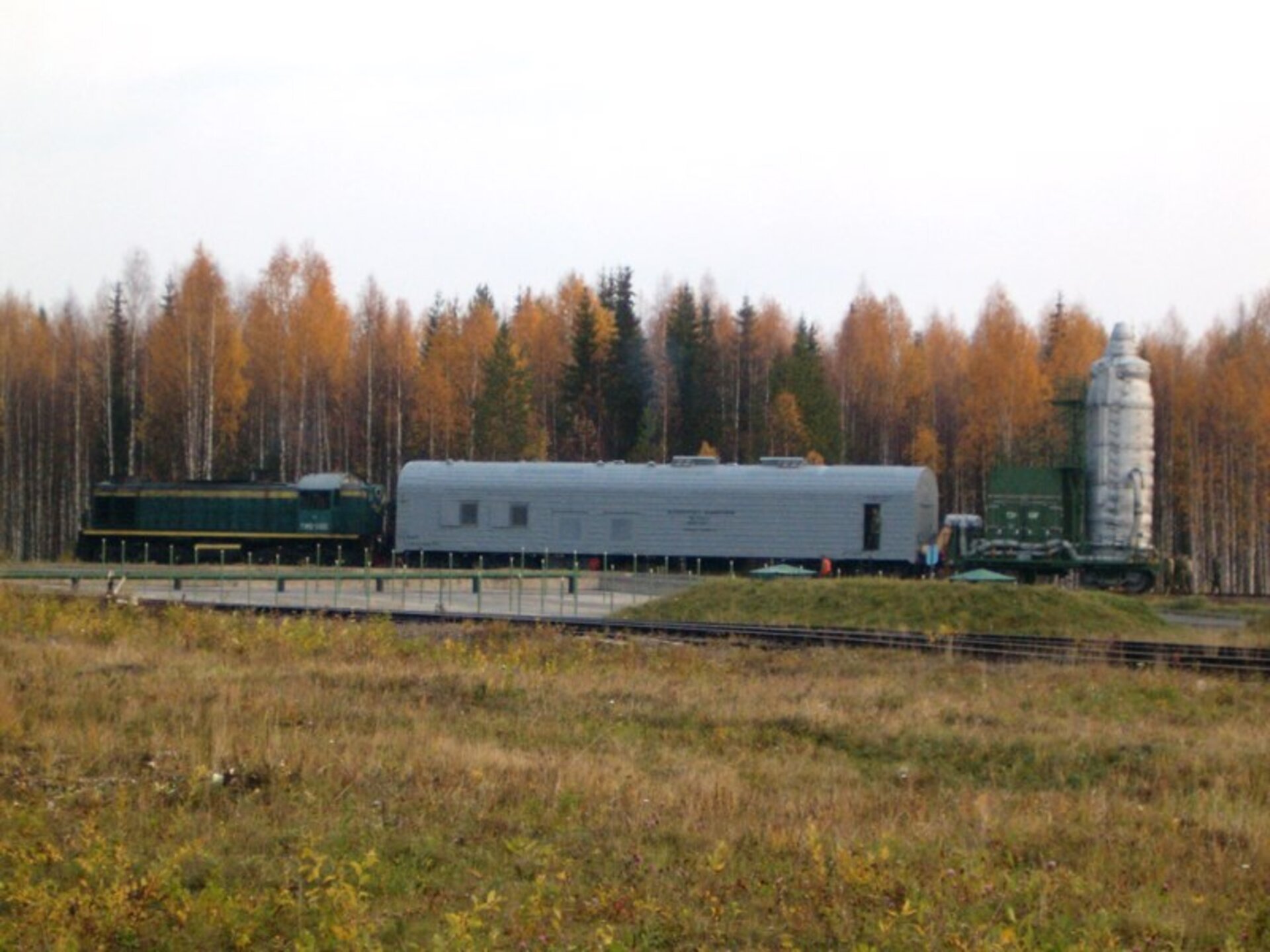 ESA Launcher Interface Engineer Kurt Büchler and the rest of the team have physically seen the last they will ever see of the rocket, sealed within its launch fairing. However now they follow its progress to the launch tower and perform the switch-on to keep it linked to the outside world.

Just one week to go. Today we have a milestone: roll-out of CryoSat of the MIK and transportation to the launch pad. The move out is planned for 6 a.m., so we have to leave the hotel at five! We are only a small group, as it is not required that all the team has to be present.

When we arrive at the MIK, it is still dark night. Unfortunately the Space Forces already had started their activities, and when we enter the big general hall the train with the Upper Composite and the thermal car is just moving out through the back side gate which has to be used because it is high enough to let the vertical upper stage pass through. So no farewell photo from CryoSat leaving the MIK hall for good!

The train then rides in less than walking speed towards the launch pad - accompanied and guided by soldiers with signal lanterns - and we have time for a coffee (and a daily planning meeting ...) before we hear that the train is now close to the launch site. The bus picks us up and brings it to the launch pad just in time to see CryoSat arrive at its destination. In the following period the weather gets somewhat worse: it was pretty cold already, and now a light rain starts. Fortunately it stops after a while.

The following steps are quickly described, but obviously take much longer time, because each one of them has to be carefully monitored from a safety point of view. After all the upper stage is fuelled with hydrazine and oxidizer, and having a gas mask is still obligatory.

The Upper Composite is positioned under the crane of the service tower. Then the cables are fixed to two hoisting brackets and - after disconnection of the thermal car - the Upper Composite is lifted on top of the tower. At this point the big doors are closed, because the further work will continue inside. At this stage we are not allowed for safety reasons to go inside the tower, so we can leave back to the hotel.

In the meantime the launcher activities go on. The Upper Composite is put on top of the booster, and an extension of the launch container (the big tube out of which Rockot will lift off) is installed. I hope to see it tomorrow, when we have a visit on the tower.

In the evening I have a dinner together with Bill in a restaurant nearby the market, it is quite okay.

Another important day for CryoSat: today is the switch-on of the satellite on top of the launcher! Basically, there should be no difference at all to the switch-on behaviour in the clean room, but of course there are now additional lines. The commands now go from the EGSE room of the MIK via an optical fibre cable nearly three kilometres long to the undertable room electronics and from there through the harness up the launch tower to CryoSat. Signals return the same route back. So this step is crucial, and the team is anxious to see the results.

Already since the morning Bill, Manfred and Thomas are working in the undertable room to prepare the switch-on. The team joins in the early afternoon, but with the objective sightseeing: we all have the opportunity to go up the service tower and see the upper stage from close by. This is certainly the last time we will be that near to CryoSat!

The weather is wonderful for this occasion, the late summer has returned. The big doors of the service tower are half open and we can see the complete stack. The thermal car is in stand-by should the environment require air conditioning. On the outside of the tower we climb to the seventh floor. On the way up we can see (but not photograph) the landscape around: forest in all directions.

The most prominent features are the two Kosmos launch towers only a few hundred meters away. We had hoped to maybe see a Kosmos launch, originally foreseen for the end of September, but this one is now delayed. The MIK can be seen, plus other launch structures further away.

We arrive at the tip of our launcher. Certainly it is small compared to an Ariane or Soyuz, but nevertheless it is an impressive sight from the top. On the floor beneath specialists are busy to prepare the piping for the filling of the booster at L-2. We enjoy the view for a while, then we are off to the MIK.

The switch-on is nominal, and all the next steps in the procedure bring the expected results. Boring... But that is exactly what we need! We finish at ten in the evening.

Tomorrow the test will be continued, but I will meet our new arrivals at the Plesetskaya station: Guy Ratier, the ESA Project Manager, with Uwe Mallow from Astrium and other guests, who come for the launch and the last days of preparation.