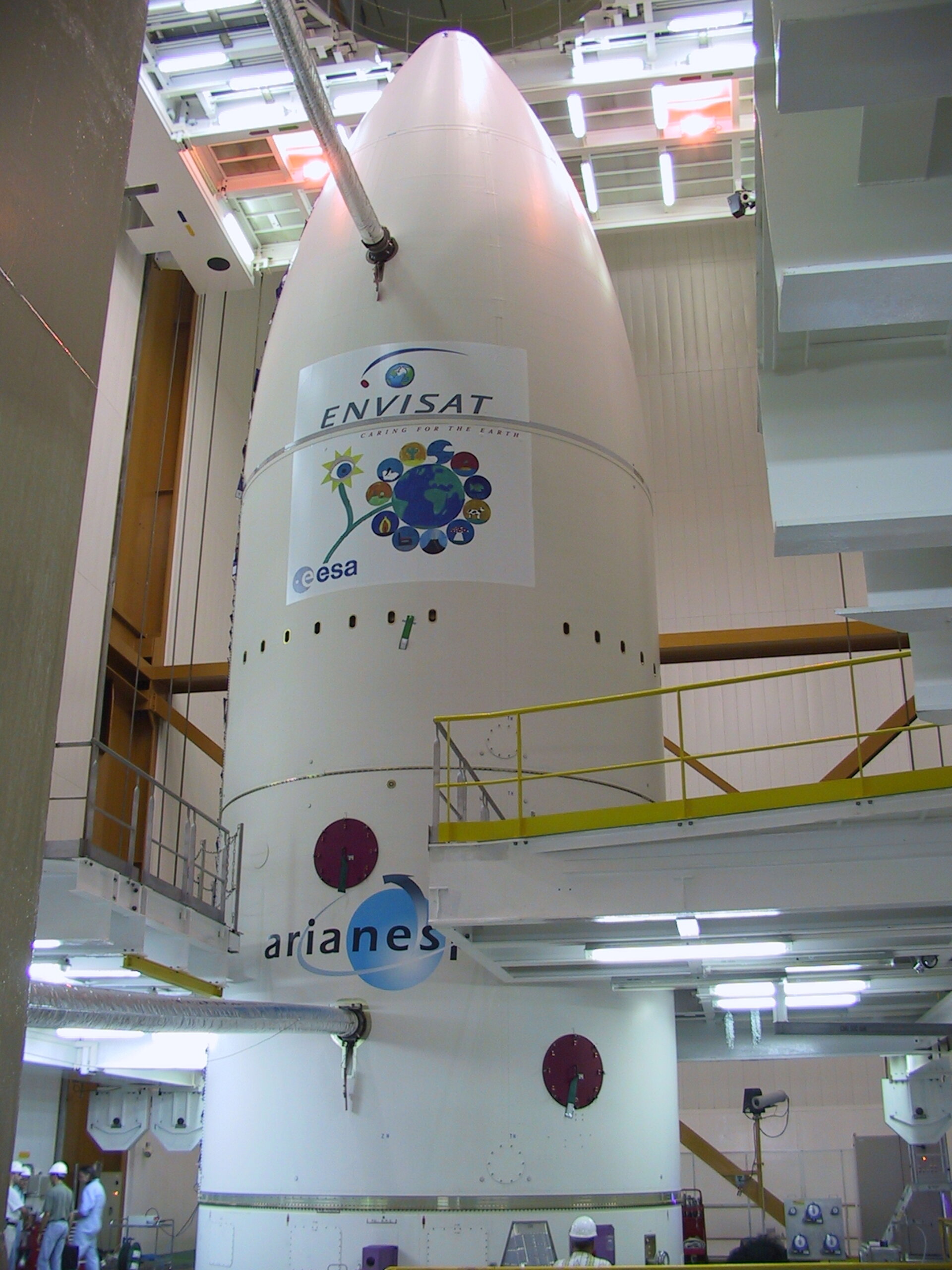 The tension is growing now. Especially since a great number of people have joined the team, either on their own initiative or on ESA mission, to attend the launch. And they gather in the corridors with problems of cars, computers, telephones, return flights or simply to have a chat. The daily duration of work also increased considerably, well above 12 hours, and covers the nights!

The countdown rehearsal, in which the launcher, the satellite and the base played their parts, ended at 16:00 with a nominal and successful launch. Let's hope that this is a favourable prediction for the real launch on Thursday!

Today, there were thus no physical activities on the satellite. On the launcher side, the nitrogen peroxide tanks of the second stage were filled.

I forgot to tell you yesterday: The Intelsat launch took place on time and was a complete success. It was very good news for us all, since a launch postponed to the day after would have constrained the reconfiguration of the base for our launch.

Yesterday, on Saturday, there were no activities on the satellite. On the launcher side, the hydrazine tanks of the second stage and of the attitude control system of Ariane were filled.

Today, there were no activities on the launcher, or almost. Everyone his turn! On the satellite side, the countdown rehearsal started at 15:00 and the night shift started at 20:30. We had no significant anomalies.

The (simulated) countdown progresses nominally. With the proximity of the launch, the atmosphere at work became more tense and more intense.

The two most significant events of the day were:

1) The second Red and Green Tag Items session was completed this morning between 1:00 and 7:00. The protections of the optics of GOMOS, MERIS, MIPAS, Laser Retro-Reflector, AATSR and of the star tracker were removed. The tent around the solar array and the nitrogen purge of the solar array were removed. It was the very last occasion, and the best, to see Envisat as a whole on the ground.

2) The fairing was slowly dropped around Envisat, then put on and fixed to the launcher. The activity is called encapsulation in our jargon. Temperature control, particle filtering, humidity control around Envisat continue under the fairing. In short, we are exactly where we should be for the launch on February 28!

Tonight, around 4 o'clock in the morning, Intelsat 904 will be launched. Do not count on me to take a photo of the launch. After a night of work, what I need is a night of sleep!

The date took place! Envisat is now on the top of the launcher. This morning, the door of the payload container was open. Envisat was extracted from it and lifted 46 m above the ground, at the level of the launcher interface, then put on and attached to the launcher. Umbilicals were connected. At the time, the first session of red and green tag items is in progress. Sciamachy and ASAR are totally ready for flight. The brackets to lift Envisat were removed (we hope not to have to move Envisat anymore) and exposed surfaces on the structure were covered with thermal blankets. The three baffles of the star tracker are also in place.