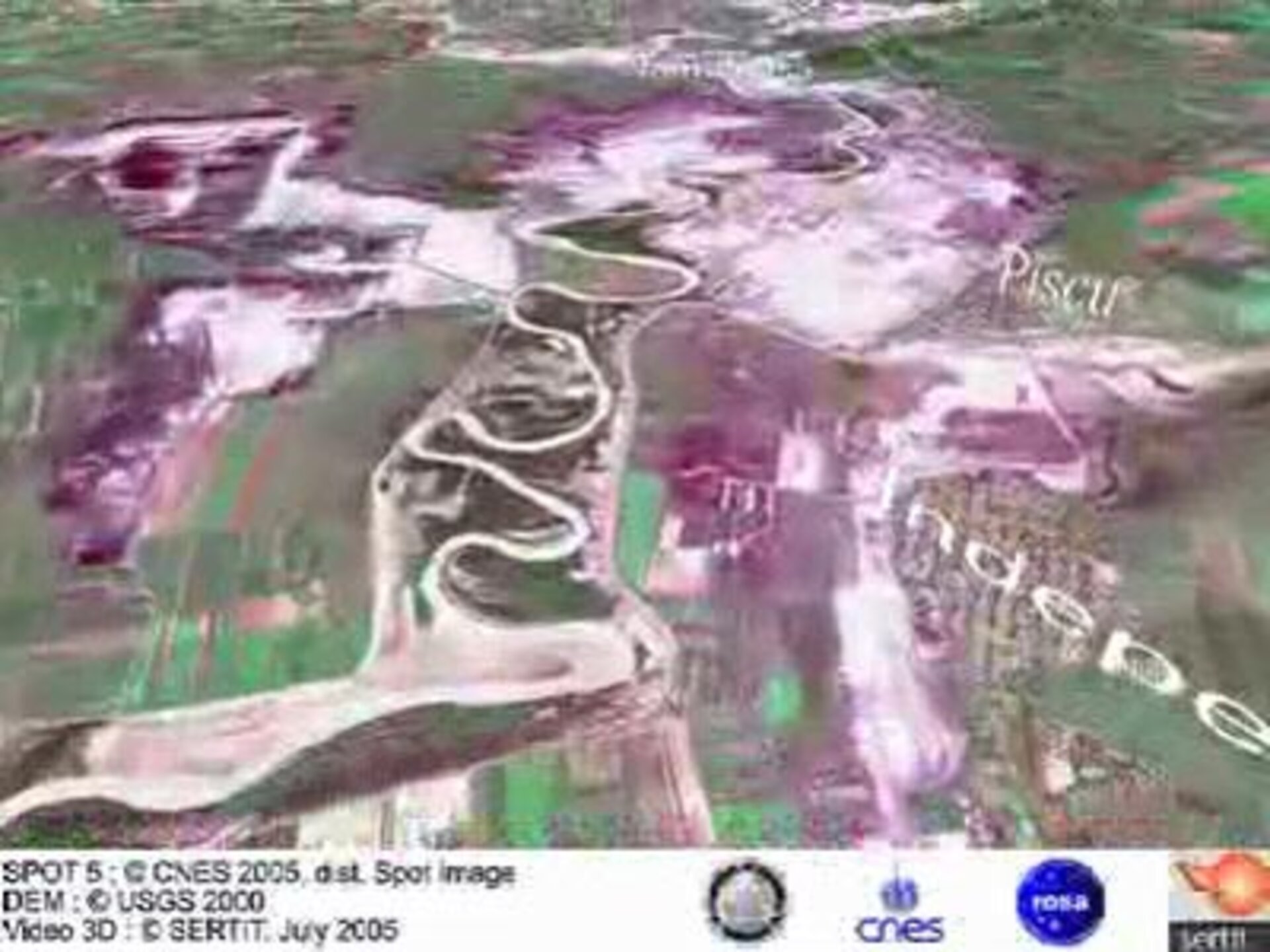 Teams responding to devastating flooding in Romania received assistance from orbit, with satellite images and maps of affected areas provided in near-real time following activation of the International Charter on Space and Major Disasters.

Torrential rainfall across Southeast Europe has led to serious floods across Romania, described as the worst for half a century. Some 31 counties out of 42 have been affected, the worst hit being the counties of Bacau, Vrancea and Galati in Moldavia, where the Siret River burst its banks to flood numerous towns.

Soldiers and firefighters have had to evacuate more than 12 000 people. Preliminary estimates are that 14 751 homes have been flooded, with 3571 houses destroyed completely and 2993 houses damaged. Around 300 500 hectares of farmland and many hundreds of kilometres of roads have been inundated.

Army helicopters have been delivering emergency supplies to otherwise unreachable communities. The death toll is reported to stand at 22 and the country's government estimates overall material losses at 2394 million lei (675 million euro).

The International Charter on Space and Major Disasters was activated on 15 July, following a request by the Romanian government to the European Commission. Member space agencies then prioritised acquisitions over the basin of the Siret River.

Strasbourg-based rapid mapping specialist company SERTIT generated and distributed products on a near-real time basis, working with French space agency CNES, responsible for the management of this Charter activation. Some 43 satellite-derived maps and products have since been delivered via the Romanian Space Agency (ROSA) to the Ministry of Environment and Water Management (MEWM). The products were disseminated to daily crisis cell meetings, to relevant government ministries and also featured in the Romanian media.

"We can say we had the chance to get very fast, very good images and maps," stated Iurie Maxim at the Nature Conservation Directorate of MEWM. "We were able to show out minister at 8pm some posters with images from the same day. The next morning the same posters were presented to the Prime Minister and forwarded to the people working on this issue. "We were able to provide the necessary tools to the people involved in the water department and to those involved in the civil protection."

The International Charter on Space and Major Disasters

The International Charter on Space and Major Disasters represents a joint effort by global space agencies to put resources at the service of rescue authorities responding to major natural or man-made disasters. To date the Charter has been activated more than 80 times.

Following the UNISPACE III conference held in Vienna, Austria in July 1999, the Charter was initiated by ESA and CNES with the Canadian Space Agency (CSA). Other members include the Indian Space Research Organisation (ISRO), the US National Oceanic and Atmospheric Administration (NOAA), the Argentine Space Agency (CONAE) and the Japan Aerospace Agency (JAXA), with the United Nations as a 'cooperating body'.