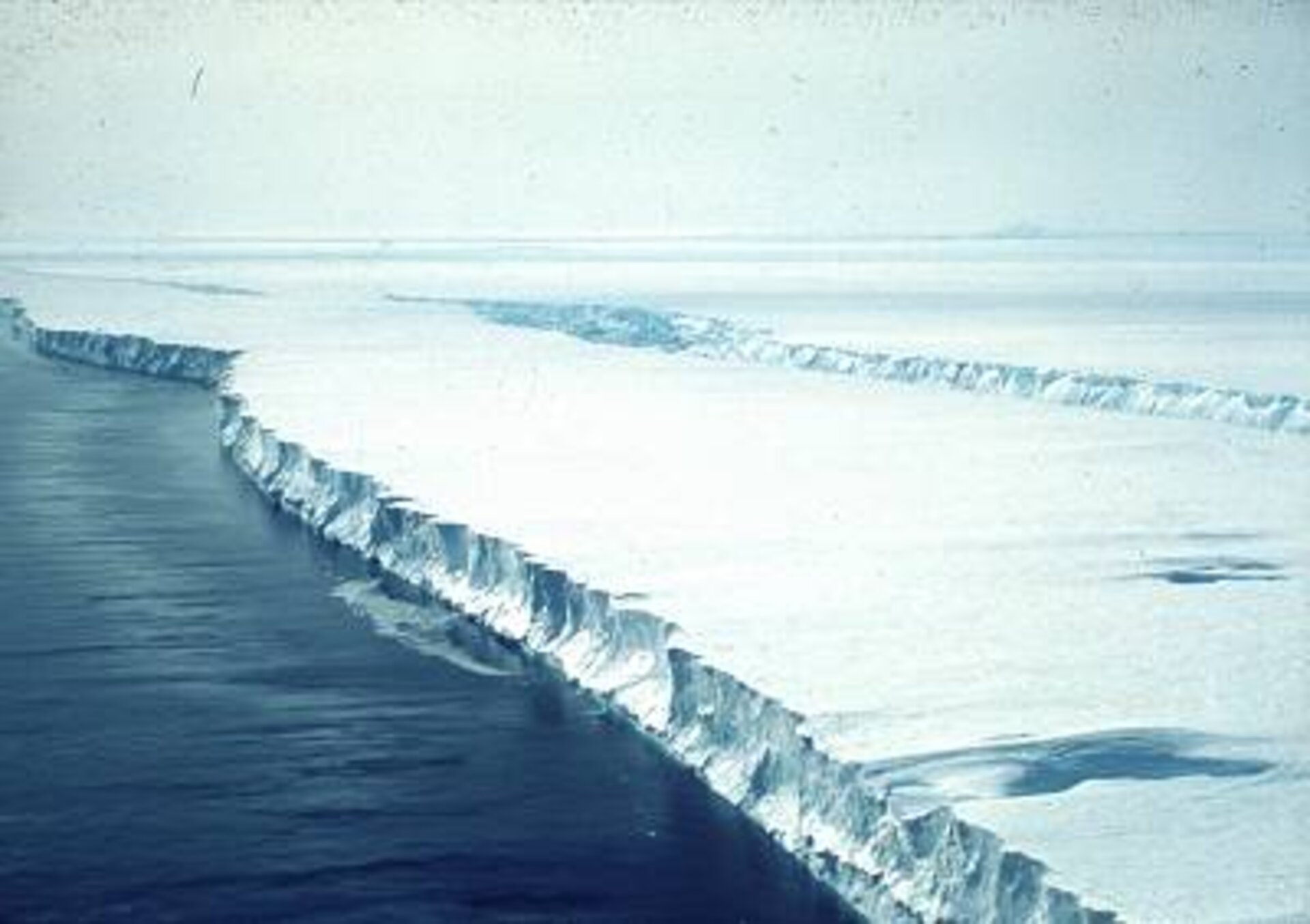 A major glacial formation in Antarctica is shrinking, a report in ‘Science’ revealed 2 February. But questions still remain about the speed at which ice sheet thinning is taking place.

Scientists at University College London (UCL) and the British Antarctic Survey have used ESA's ERS satellite data to show that the interior of the West Antarctic Ice Sheet (WAIS) is thinning inland. Since 1992, 31 cubic kilometres of ice has been lost from its interior. The loss can be pinpointed to the fast flowing Pine Island Glacier - the largest glacier in West Antarctica - which transports ice from the deep interior of the ice sheet to the ocean.

Occupying what is considered to be one of the most remote regions of Antarctica - visits by man can be numbered by the handful - the Pine Island Glacier is up to 2500 metres thick with a bedrock over 1500 metres below sea level. The thinning has caused the glacier to retreat by over 5 kilometres inland, and this adds further weight to the argument that small changes at the coast of the Antarctic continent - such as the effects of global warning - may be transmitted rapidly inland leading to an acceleration of sea level rise.

Using high-precision radar measurements from the ERS satellite altimeter - accurate to within 20 centimetres - the height of the WAIS has been mapped at regular intervals since 1992. The data revealed a clear pattern of ice thinning within a 5000 square kilometre section of the Pine Island Glacier drainage basin during the past 8 years. A map of glacial velocity, much of which was previously uncharted, was constructed using ERS SAR interferometry in order to clarify which regions within the vast section were actually thinning. The combination of these two datasets - derived from separate instruments on board the same satellite - showed that the ice has thinned by as much as 10 metres and was restricted to the fastest flowing sections of the glacier.

Professor Duncan Wingham at University College London, insists that the success of the research lies in the performance of the ERS satellite radars, "The extreme precision with which we can now make satellite measurements of the Earth's surface allows us to see the internal changes in the Antarctic Ice Sheet for the first time."

The unique tandem operation of ESA's ERS-1 and ERS-2 SAR sensors has provided an invaluable dataset for ice-sheet interferometry, and the overlap between the satellite lifetimes has produced a seamless set of radar data with which to monitor changes in ice thickness. According to Günther Kohlhammer, head of ESA EO mission managment office, the continuity of consistent data supplied is invaluable for many studies which concentrate on changes in our earth over long periods of time. This study of mass balance is a perfect example. As time goes by the detailed signal of mass fluctuation across the Antarctic continent will slowly be revealed. The investment in satellite technology by the European Space Agency, from the ERS sensors to future missions such as Envisat and the recently approved Cryosat, is the only way to guarantee success in the long term monitoring of the Earth's great ice sheets.

The scientific team believe that their result points unambiguously to thinning in this part of the Antarctic Ice Sheet, and that it is associated with the flow of ice from the interior. If the present rate of thinning continues the team believe that the Pine Island Glacier will be lost to the ocean within a few hundred years. Dr Andrew Shepherd of UCL said ; '"For the past 25 years there has been speculation about whether a retreat of a West Antarctic glacier could accelerate ice flow from its interior, which would produce a rise in sea level. We have shown for the first time that thinning of an Antarctic glacier is indeed occurring, causing it to retreat inland. What is of paramount importance is to determine whether the thinning is accelerating. Our present theoretical understanding is not sufficient to firmly predict the future evolution of the Pine Island Glacier.'"