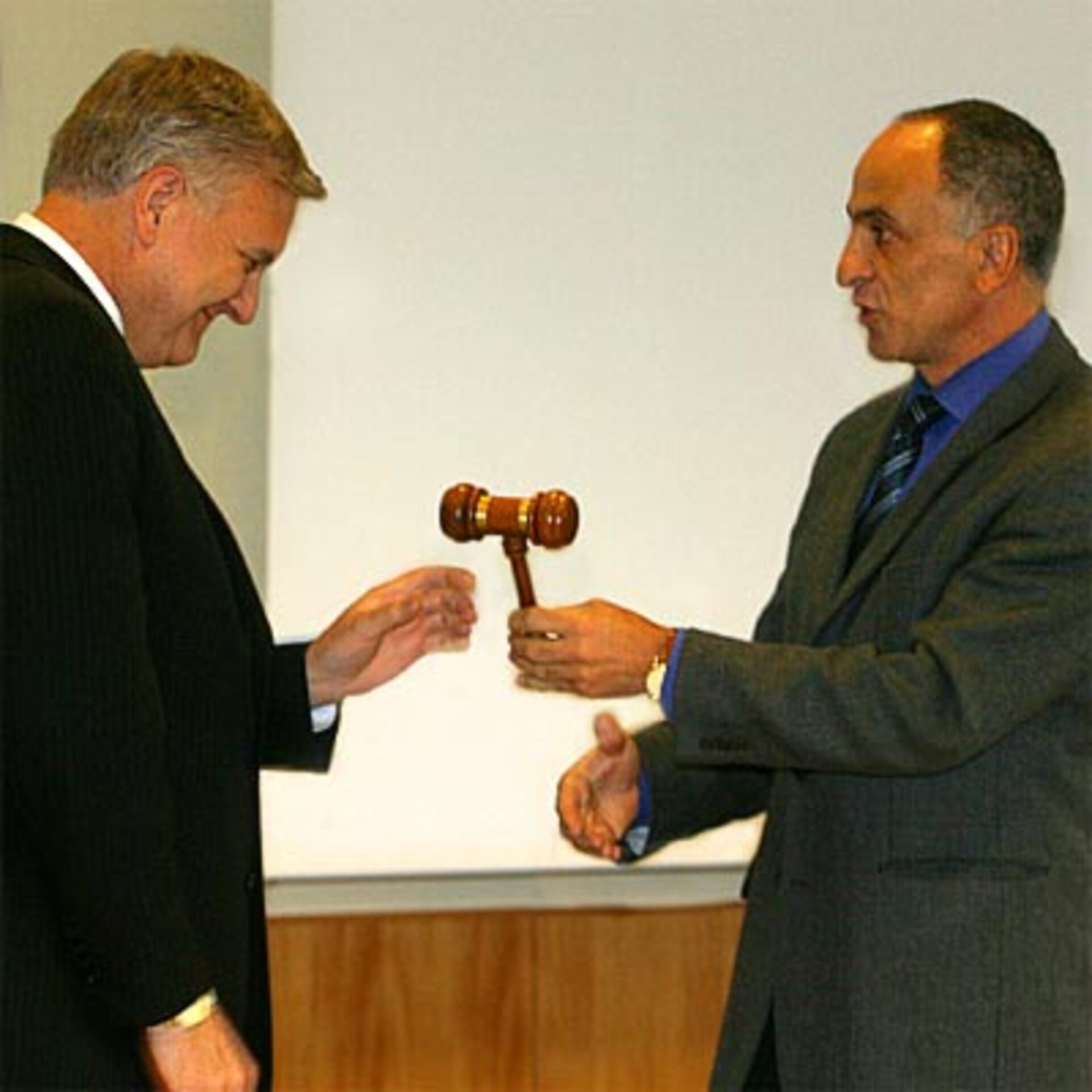 The European Space Agency recently proposed to representatives of the world’s major satellite Earth observation organizations a pair of initiatives to support the plan for sustainable development adopted by the summit held last summer in Johannesburg, South Africa.

"The challenge is how to integrate environmental observation data with socio-economic information for better decision making," Achache explained to the approximately 75 attendees at the CEOS plenary meeting held at ESA’s ESRIN facility outside Rome, Italy, 20-21 November 2002.

ESA calls for a two-pronged approach

As his final act of chairman for the meeting, the ESA executive formally turned over the CEOS chair to Gregory Withee, Assistant Administrator for Satellite and Information services at the US National Oceanic and Atmospheric Administration (NOAA). The CEOS chair is rotated among members annually, with China slated to assume the chairmanship at the conclusion of next year’s plenary.

The ESA plan consists of "modules" to address two of the five areas identified in the WSSD Plan of Implementation where space-based Earth observation would be essential to assist sustainable development activities. The first is aimed at education, training and capacity building; the second is focused on management of water resources.

"The overall effort on sustainable development will not necessarily focus on Africa exclusively, but for ESA’s element, our first interest is Africa," Briggs said.

Space agencies have indicated their willingness to develop additional activities in these two areas, Achache added, and the ESA proposal allows CEOS members to provide their contributions, "as and how they feel fit."

Additional modules could be initiated to deal with the remaining WSSD objectives, including disaster management and conflicts, climate change, and global mapping/land-use monitoring, as commitments are expressed by CEOS members.

The ESA executive also provided details of ESA’s proposed contribution to the WSSD follow-on programme, the “Tiger Project.” This effort is aimed at providing the use of Earth observation data from ESA’s Envisat satellite and other ESA missions to assist in managing water resources, primarily in Africa. The project, Achache said, would be "driven by the needs of the local populations in developing countries, facilitate access to relevant Earth observation data, and transfer relevant technology to developing countries."

Based on discussions at the meeting, CEOS will continue to examine ESA’s WSSD follow-up proposal and look at possible modifications at future meetings.

NOAA’s Withee, CEOS’ new chairman, outlined his willingness to move the follow-on programme forward. In looking at the year ahead for CEOS, he noted the large disparity between countries that have access to Earth observation data, and those that do not. The CEOS response, Withee said, should be to "conduct education and training workshops linked with societal needs, for example, water."

CEOS was formed in 1984 and currently consists of 23 space agencies along with 20 other national and international bodies that participate in CEOS planning and activities. Attending the WSSD follow-on workshop and the CEOS plenary session were representatives from such space organisations as the British National Space Centre, the US National Aeronautics and Space Administration, Korea Aerospace Research Institute and China’s Ministry of Science and Technology.