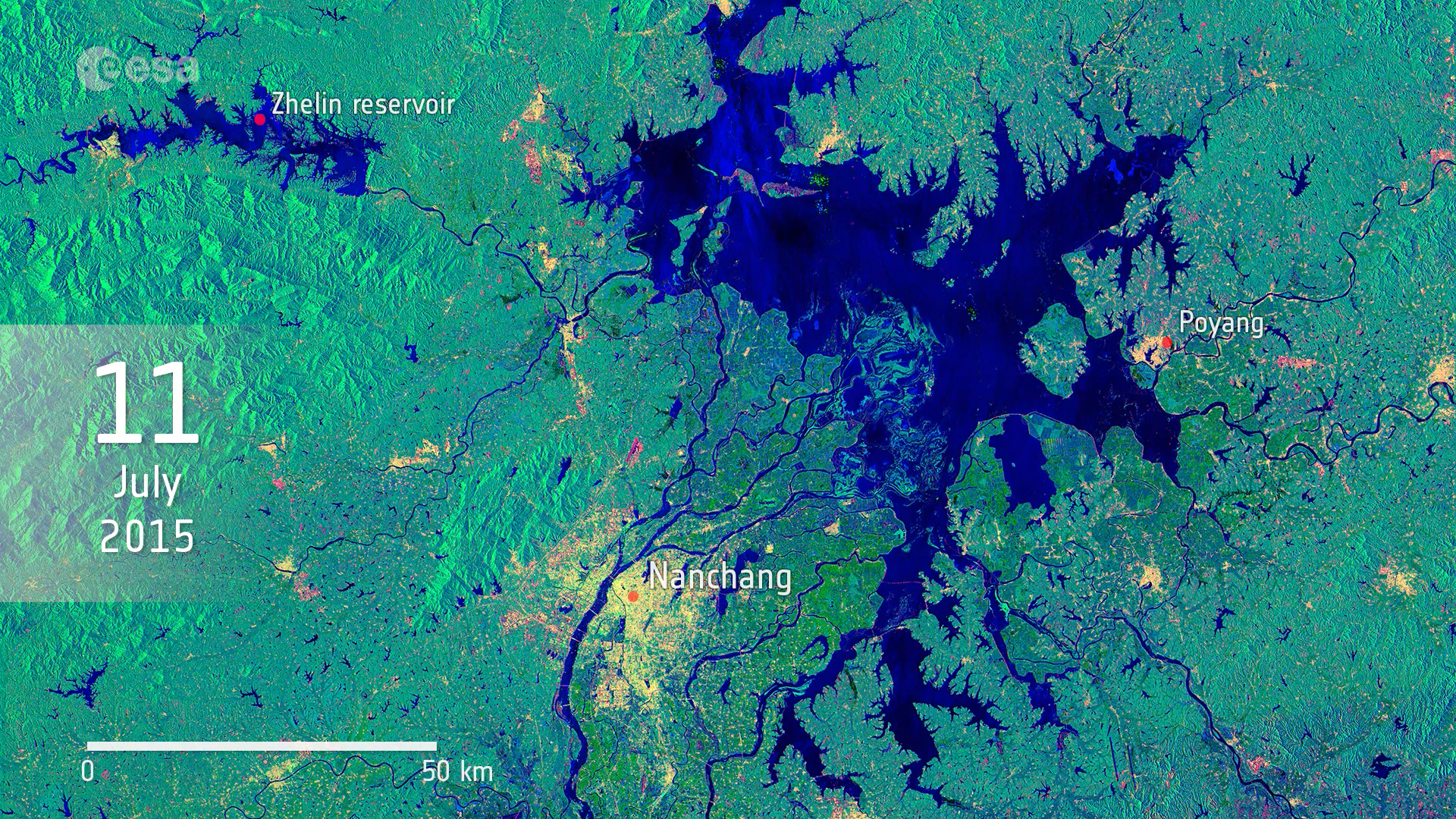 ESA and China have launched the fourth phase of the collaborative Dragon programme in Wuhan City, on the Yangtze River, which recently experienced major floods witnessed by Europe’s Sentinel-1 satellite.

ESA and representatives of China’s Ministry of Science and Technology (MOST) met in Wuhan to sign the cooperation agreement, which begins the fourth phase of the collaborative Dragon programme.

As a joint undertaking between ESA and the National Remote Sensing Centre of China (NRSCC), under MOST, the programme promotes the use of ESA, Third Party Mission, Copernicus Sentinels and Chinese Earth observation satellite data within Europe and China, for science and applications.

The annual Dragon symposium held this week at the University of Wuhan saw over 350 participants concluding the third phase of this programme, and launching the fourth period.

After 12 years of cooperation, MOST Vice Minister Yin Hejun stated that, “Through the implementation of Dragon, China and Europe have explored a new international scientific and technological cooperation mechanism, which has achieved impressive results.”

In the new phase, European and Chinese teams will work together over the next four years to produce new science and results. Several of the new missions’ data will allow improved temporal, spatial and spectral coverage over the selected Dragon-4 test sites.

This will be achieved with more satellites being launched in the coming years, such as the Chinese FY, GF and TanSat missions, as well as European Sentinel and Earth Explorer satellites.  Some 650 scientists from 234 European and Chinese research institutes will be involved in Dragon-4.

As a recent example of the collaboration between Europe and China, scientists have identified an overall drop in water level in the Poyang Lake over the last decade, but the recent El Niño weather phenomenon has caused precipitation levels to increase and the lake’s water levels to rise.

The Poyang Lake in Jiangxi province is the largest freshwater lake in the country. It is an important habitat for migrating wildfowl such as the rare Siberian cranes, many of which spend the winter there. The basin is also one of China's most important rice-producing regions, although local inhabitants must contend with massive seasonal changes in water level.

In the above animation, radar images from Europe’s Sentinel-1 satellite mission show the evolution of the lake from July 2015 through May of this year.

Thanks to systematic acquisition of Sentinel-1 data, a new radar image was acquired on 5 July, showing the water presence in the landscape, from Poyang Lake’s shores to the Yangtze River’s banks. Comparison of July 2015 and July 2016 images clearly shows that this year water is overflowing everywhere, including the Wuhan City area (in blue).