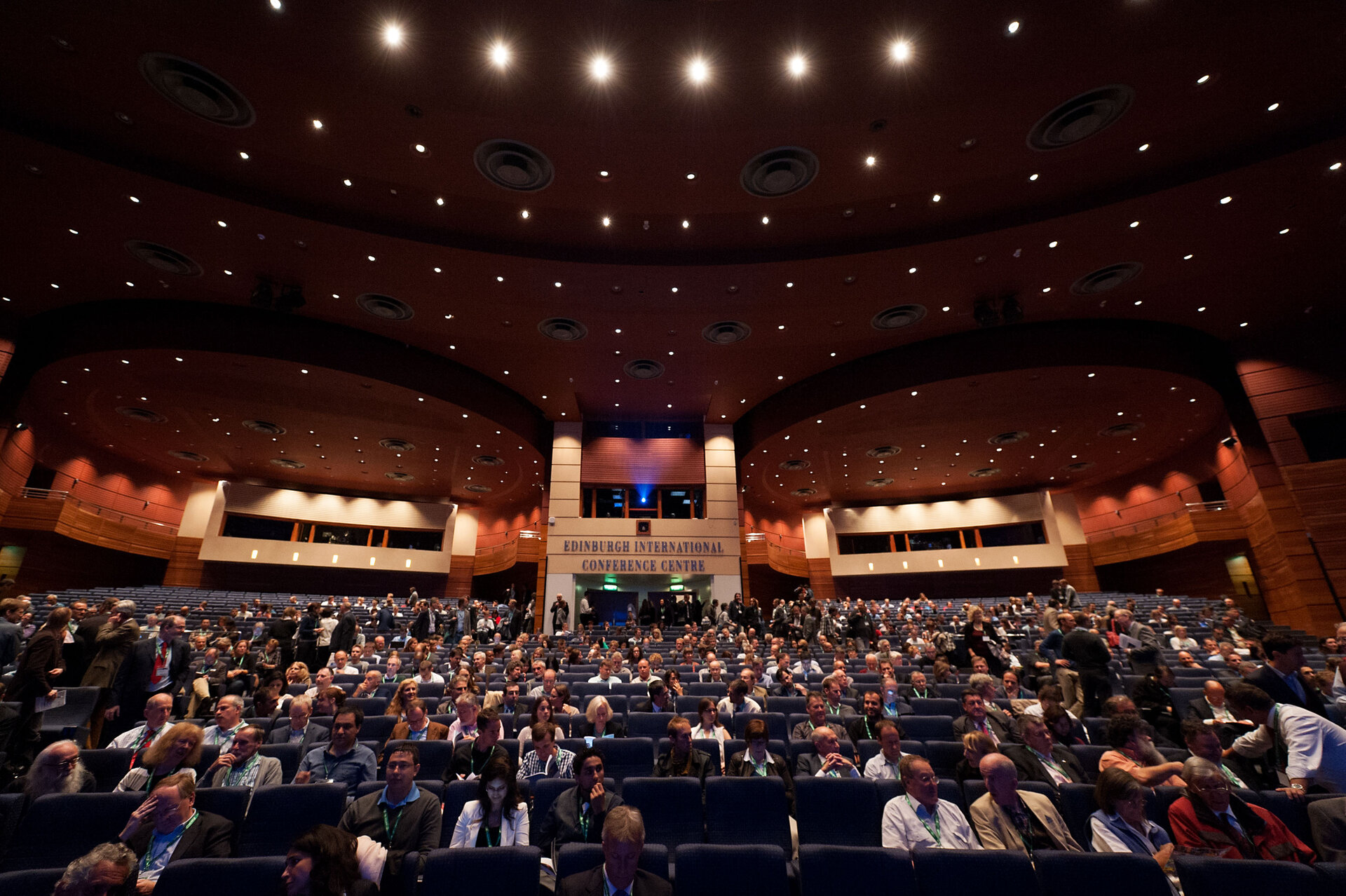 The largest Living Planet Symposium ever held has begun. Scientists and users are gathering in Edinburgh, UK, this week to present their latest satellite findings on Earth’s environment and climate.

“Space is one of those areas where you can’t do anything as a nation on your own,” said David Willetts, UK Minister of State for Universities and Science. He noted the importance of international collaboration in the space sector, particularly between ESA and the UK Space Agency.

He highlighted the diversity of ESA’s Earth observation activities, with missions dedicated to scientific research, meteorology and operational applications.

He noted the importance of dialogue with the scientific community, with the symposium acting an opportunity for their needs and opinions to be heard: “This is your symposium, we shall listen to you.”

Volker Liebig, Director of ESA’s Earth Observation Programmes, highlighted the challenges faced today by society, such as population growth, food security and climate change, and how satellites can help to mitigate them.

The Copernicus programme will assist in facing them, as outlined by Philippe Brunet, Director at DG Enterprise and Industry, Directorate of Aerospace, Maritime, Security and Defence Industries, European Commission.

Mr Brunet made particular mention of the hurdles that the innovative programme had to overcome in order to secure funding, but noted the benefits of the economic return.

“We have to consider the Copernicus programme not only as a tool which can increase the quality of life of European citizens, but it also has the potential to become a major contributor to growth and employment in our continent.”

During the course of the week, 144 sessions will be devoted to the services being developed for Copernicus and to the family of Sentinel missions and their potential scientific exploitation.

The opening plenary wrapped up with a presentation from Professor Alan O’Neill, Chairman of ESA’s Earth Science Advisory Committee, on the scientific results of the Earth Explorer missions.

Over the past few years, the three flying missions – CryoSat, GOCE and SMOS – have been providing new information on Earth’s cryosphere, gravity, and soil moisture and ocean salinity, respectively.

They are also responsible for numerous achievements surpassing their original scientific objectives. These results are contributing greatly to a better understanding of Earth’s environment, but they also trigger new scientific questions.

Over the next five days, sessions will be held on ESA’s current and future Earth Explorer missions. The next mission, Swarm, is due for launch later this year to map Earth’s magnetic field.

The Living Planet Symposium is organised by ESA with the support of the UK Space Agency.