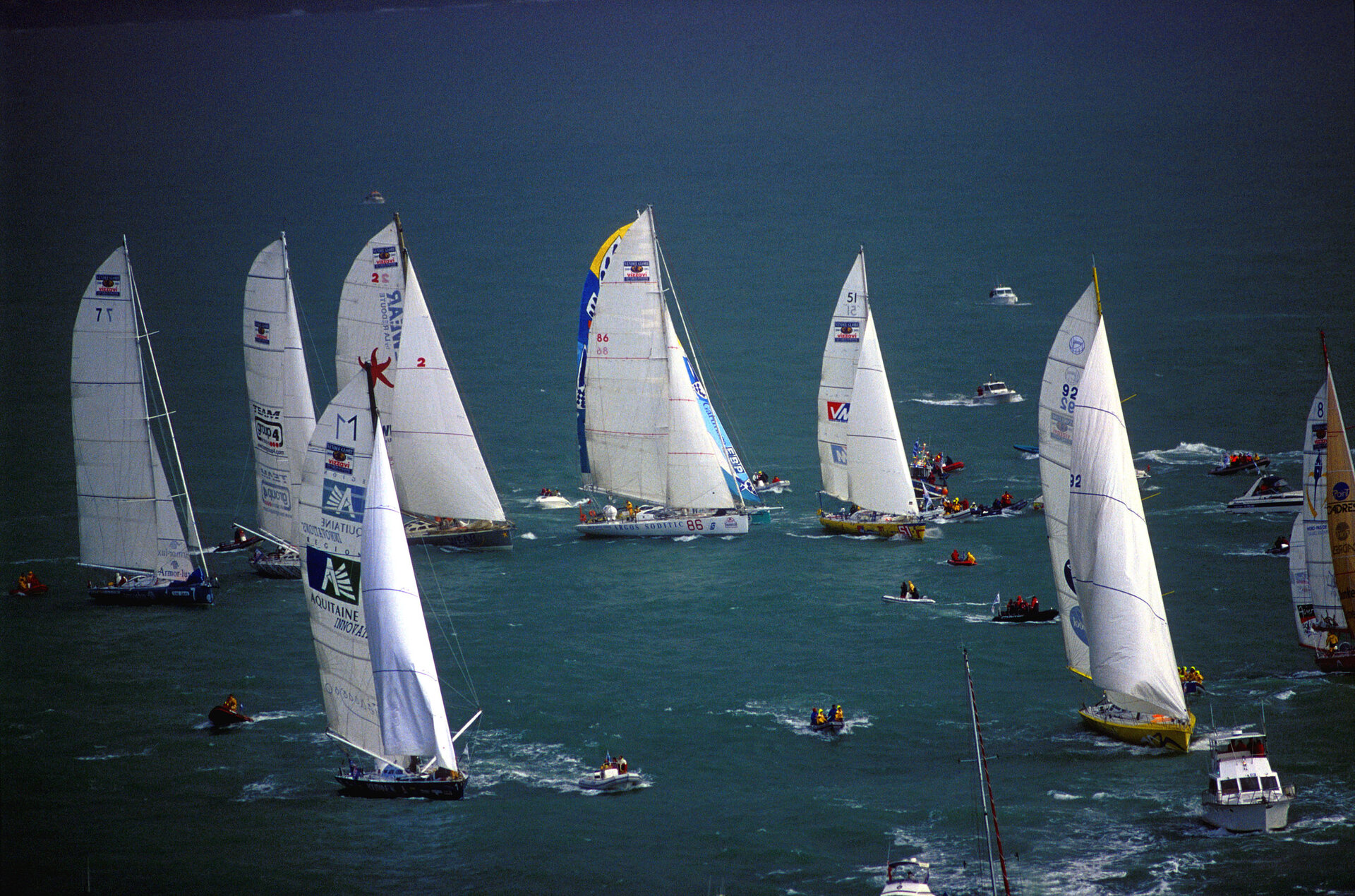 A new atlas, developed from satellite data gathered by the European Space Agency, is aiding yachtsmen now battling the southern ocean in their quest for victory in two of the world's most extreme yacht races.

In the Vendée Globe 2000, a single-handed non-stop round-the-world race, 19 yachtsmen are pushing their tough little craft through the howling 100 km/h winds, the sweeping mountains of cold water and the freezing temperatures of the southern ocean. Just behind them, the crew of the high-tech catamaran Innovation Explorer are also pushing their craft to its limits in search of the speed they need to win The Race, billed as the “most extreme round the world sailing race ever held”. One thing they have in common is an atlas they are using to help them to master the sailing conditions.

Cliosat - a new atlas of the ocean

Pierre Lasnier, of France’s MétéoMer, has been leading the commercialisation of a new atlas of the ocean that can help predict the conditions that yachtsmen are likely to find throughout the world. The project, called Cliosat, is based on data gathered by sensors aboard ESA’s two ERS Earth Observation satellites, the US Navy’s Geosat and the NASA/CNES Topex-Poseidon ocean mapper. “With seven years of historical data about sea states, wind speeds, temperatures, wave heights and directions, we can create a useful tool,” explains Lasnier.

The data gathered for the Cliosat project uses ERS-2’s scatterometer to determine wind speed and direction, and to detect the position of the Antarctic ice pack. In addition, the radar altimeter measures wave height and wind speed, the synthetic aperture radar determines wave direction, and the ATSR measures the sea surface temperature. The end result is an atlas dividing the world’s oceans into 170 zones.

Historical data for each zone

For each zone and each season, a series of charts show the patterns of wind and waves that have been recorded. Off the Cape of Good Hope in December, for example, a plucky yachtsman should be prepared to do battle with, say, 60 km/h Westerlies and long slow waves of up to 10 m in height rolling in from the northwest. In fact, the product is more detailed than this, giving probabilities of meeting various sets of conditions.

The information was fed into Cliosat and offers insights into the positions of currents, and vital information about the development of pack ice and icebergs around the Antarctic. “We have historical data showing eight years of the development of the ice pack from month to month,” explains Lasnier, “which we can use to predict where there may be a danger of colliding with ice at any time of the year.”

Using Cliosat, coupled with other ocean meteorology techniques, Lasnier has advised crews and organisers of many of the world’s most prestigious yacht races on routes which avoid the worst conditions and offer competitors the best chance of completing the ordeal. The Vendée Globe fleet used the atlas to plan their routes before they sailed; Innovation Explorer is in day-to-day contact with Lasnier and his team at MétéoMer.

“This is not forecasting,” stresses Lasnier. “We can use the historical data to ‘hindcast’ - recognise when powerful meteorological phenomena have happened and suggest that they are likely to happen again in similar circumstances. But this is not a real-time forecast, telling the yachtsmen what they will wake up to find tomorrow.”

Although the glamour and danger of round-the-world yachting puts this application of Cliosat under the spotlight, it has a far wider range of uses. With the world’s known oil reserves dwindling, prospectors are heading out into the deep oceans. Oil and gas companies planning pipelines or production platforms need detailed data on the conditions the structures must be designed to meet. And unlike a racing yacht, which is likely to pass through a particular set of conditions for a few days at most, these anchored structures face the local wind and waves for decades, making Cliosat’s historical and statistical approach particularly valuable.

Lasnier and his team are developing a more interactive digital version of the Cliosat atlas, which will help guide yacht races into the 21st century. The team is also working on new projects, which will take advantage of the sensors aboard ESA’s Envisat this summer.