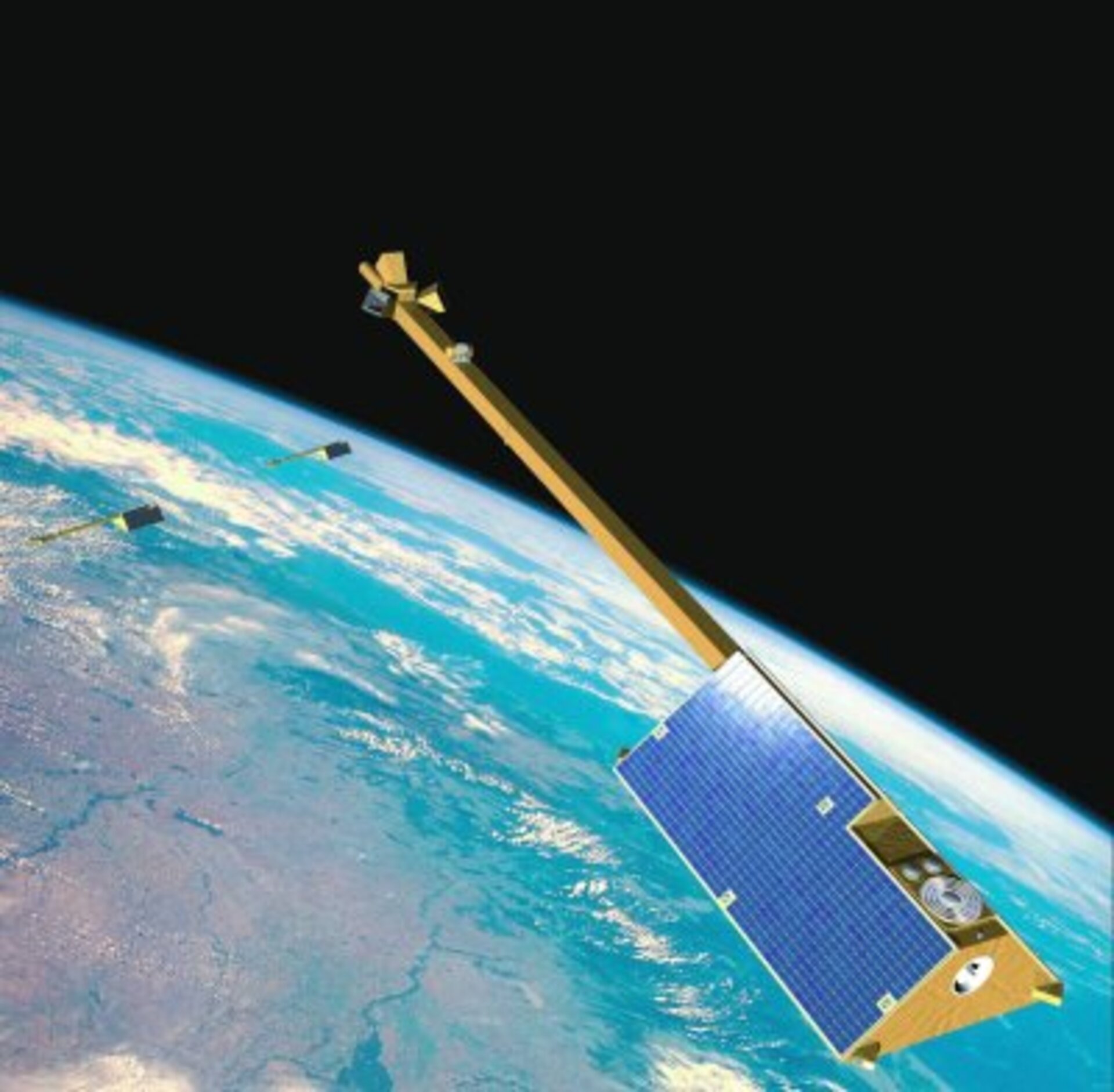 PR 38-2002. For its second cycle of the Earth Explorer Opportunity Missions, ESA has recently selected three proposals to enter feasibility study: ACE+ , an Atmosphere and Climate-Explorer; EGPM, the European contribution to Global Precipitation Mission, and SWARM, a constellation of small satellites to study the dynamics of the Earth's magnetic field and its interactions with the Earth system.

Following a call for proposals in June 2001, ESA received 27 responses, which encompassed all science and application oriented disciplines of Earth Observation remote sensing. In January 2002, 25 were submitted for evaluation to scientific Peer Teams for an in-depth scientific and engineering review. The review was then analysed by the Earth Science Advisory Committee (ESAC) which established a shortlist of six missions. Finally, on May 15-16, ESA's Programme Board for Earth-Observation selected three missions to undergo feasibility study.

The first Earth Explorer Opportunity Mission selection took place in 1999 and resulted in the selection of Cryosat and SMOS. Cryosat, to be launched in 2004, will study ice sheets and sea ice, while SMOS, scheduled for launch in 2006, will measure soil moisture and ocean salinity. The first Earth Explorer Core Mission selection of 1999, saw the birth of the Earth Gravity field and Ocean Circulation (GOCE) mission and the Atmospheric Dynamics Mission (ADM-Aeolus) to be launched in 2005 and 2007 respectively.

Unlike the larger Earth Explorer Core Missions, which are ESA-led research missions,Opportunity Missions are smaller, have a larger degree of industrial implication and are not necessarily ESA-led. Their cost-to-completion ranges in the order of 110 Meuro.

The three candidate opportunity missions recently selected will complement areas of research currently under development in the Earth Explorer programme. Once the feasibility studies are complete, two of the three missions will be retained for implementation, with the launch of the first envisaged for 2008.

The principal goal of ACE+ is to measure variations and changes in global atmospheric temperature and water vapour distribution and so provide valuable data for monitoring climate change. ACE+ will also be used to improve weather forecasting. The mission will use four satellites in orbits between 650 and 850 km altitude. Each will carry an L band receiver for GPS/Galileo sounding and a multi-frequency X-K band transmitter or receiver for satellite-to-satellite cross-link measurements.

The areal coverage of the mission must be such that the profiles are globally and homogeneously distributed. The proposed constellation of 4 satellites will produce around 7000 humidity and temperature soundings per month, which will be appropriate for use in climate monitoring. Approximately 5000 refractivity soundings per day from GPS/Galileo radio occultations will also be produced and will be assimilated into weather forecasting systems.

This mission is a major European contribution to the Global Precipitation Mission (GPM), which is an international initiative to ensure the delivery of global precipitation fields 8 times per day. GPM is based on a satellite constellation and is the successor of the NASA/NASDA Tropical Rainfall Measuring Mission (TRMM).

Since availability of fresh water is so vital for life on Earth and human development, the scientific reasons and the justification for a precipitation-measuring mission are self-evident. Almost all aspects of meteorology, climate studies, hydrology, economy and society are directly influenced by the presence or absence of precipitation.

EGPM extends the proposed GPM mission by providing data that are needed at high latitudes (such as Europe and Canada).

The objective of the SWARM mission is to provide the best survey ever of the geomagnetic field and its temporal evolution, and gain new insights into improving our knowledge of the Earth's interior and climate.

The SWARM concept consists of a constellation of four satellites in two different polar orbits between 400 and 550 km altitude. Each satellite will provide high-precision and high-resolution measurements of the magnetic field. Together they will provide the necessary observations for the global high-precision survey of the geomagnetic field that is needed to model its various sources.

Magnetic fields play an important role in physical processes throughout the Universe. The magnetic field exerts a very direct control of the electrodynamic environment, on thermospheric dynamics, and possibly even on the evolution of the lower atmosphere.

SWARM will provide important new knowledge of the expanding and deepening South Atlantic Anomaly, with its serious implications for low-Earth orbit satellite operations. Geographically, the recent decay of the Earth's magnetic dipole is largely due to changes in the field in that region. The geomagnetic field models resulting from this mission will have practical applications in many different areas, such as space weather and radiation hazards as well as furthering our understanding of atmospheric processes related to climate and weather.