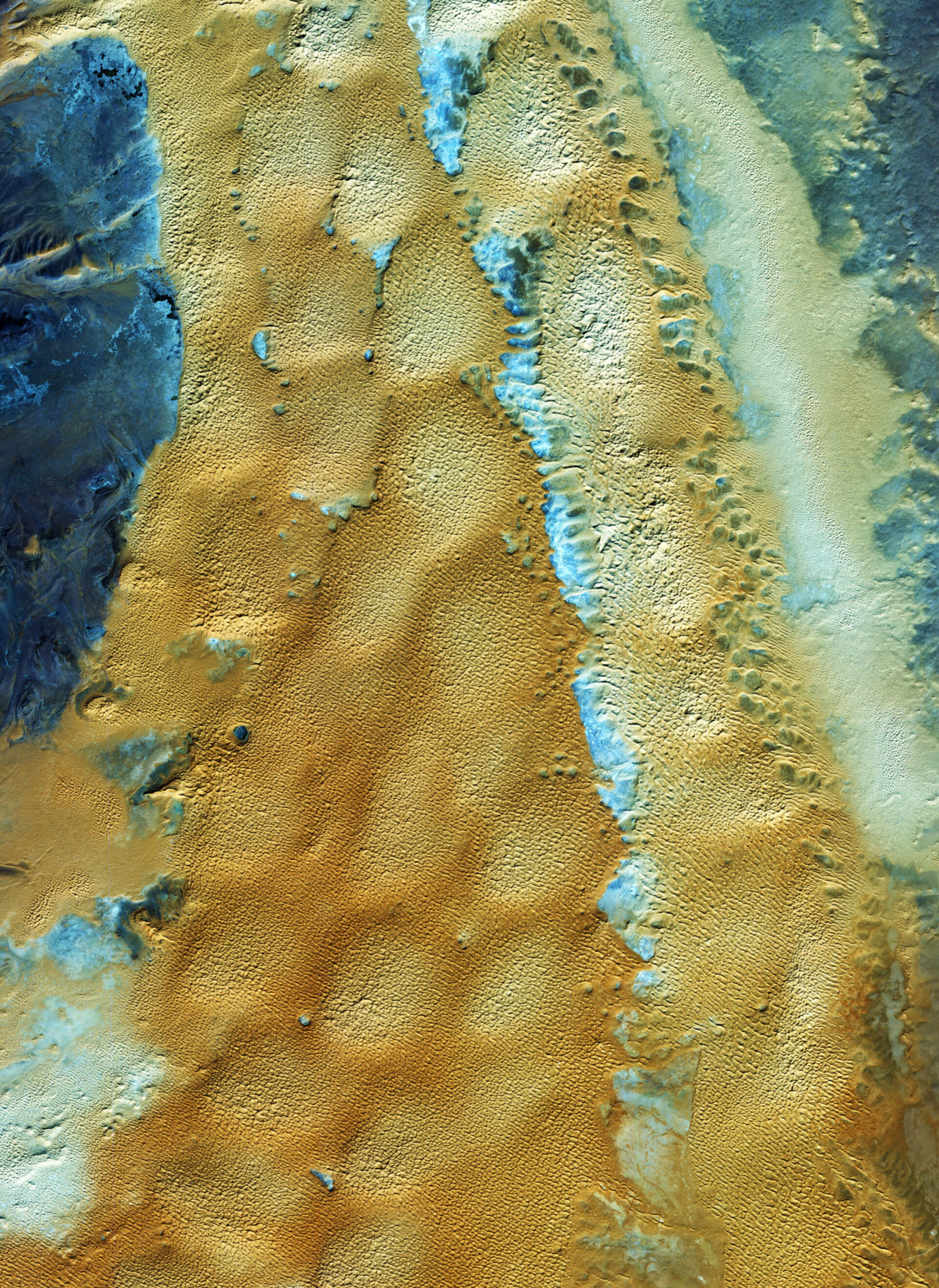 This image from the Ikonos-2 satellite shows the sandy and rocky terrain of the Sahara desert in western Algeria.

The largest country in Africa, Algeria is covered more than 90% by the Sahara desert. Major oil and natural gas deposits lie beneath the Sahara, contributing to Algeria’s position as one of the wealthiest African nations.

In its entirety, the Sahara stretches from the Atlantic Ocean to the Red Sea and is centred around the Tropic of Cancer. It is the world’s largest hot desert, covering an area of about 9 million sq km over parts of Algeria, Chad, Egypt, Libya, Mali, Mauritania, Morocco, Niger, Tunisia and Sudan.

With the Mediterranean Sea almost 500 km away, the closest town to the area pictured here is Taghit in the Algerian province of Béchar.

Taghit’s economy is based on agriculture and tourism. Travellers are drawn to the area’s large sand dunes, which are the main feature of the Sahara’s Grand Erg Occidental. The region receives less than 25 cm of rainfall per year.

Inaugurated in 2007, the Taghit National Park was established to help stop the advance of the Sahara desert and protect diverse wildlife. The project seeks to guard grasslands, restore palm groves, renew the planting of acacias and reforest the degrading land.

This image was acquired on 23 April 2008 at a spatial resolution of 4 m by the commercial Ikonos-2 satellite.

ESA supports Ikonos-2 as a Third Party Mission, which means that the Agency uses its multi-mission European ground infrastructure and expertise to acquire, process and distribute data from the satellite to its wide scientific user community.