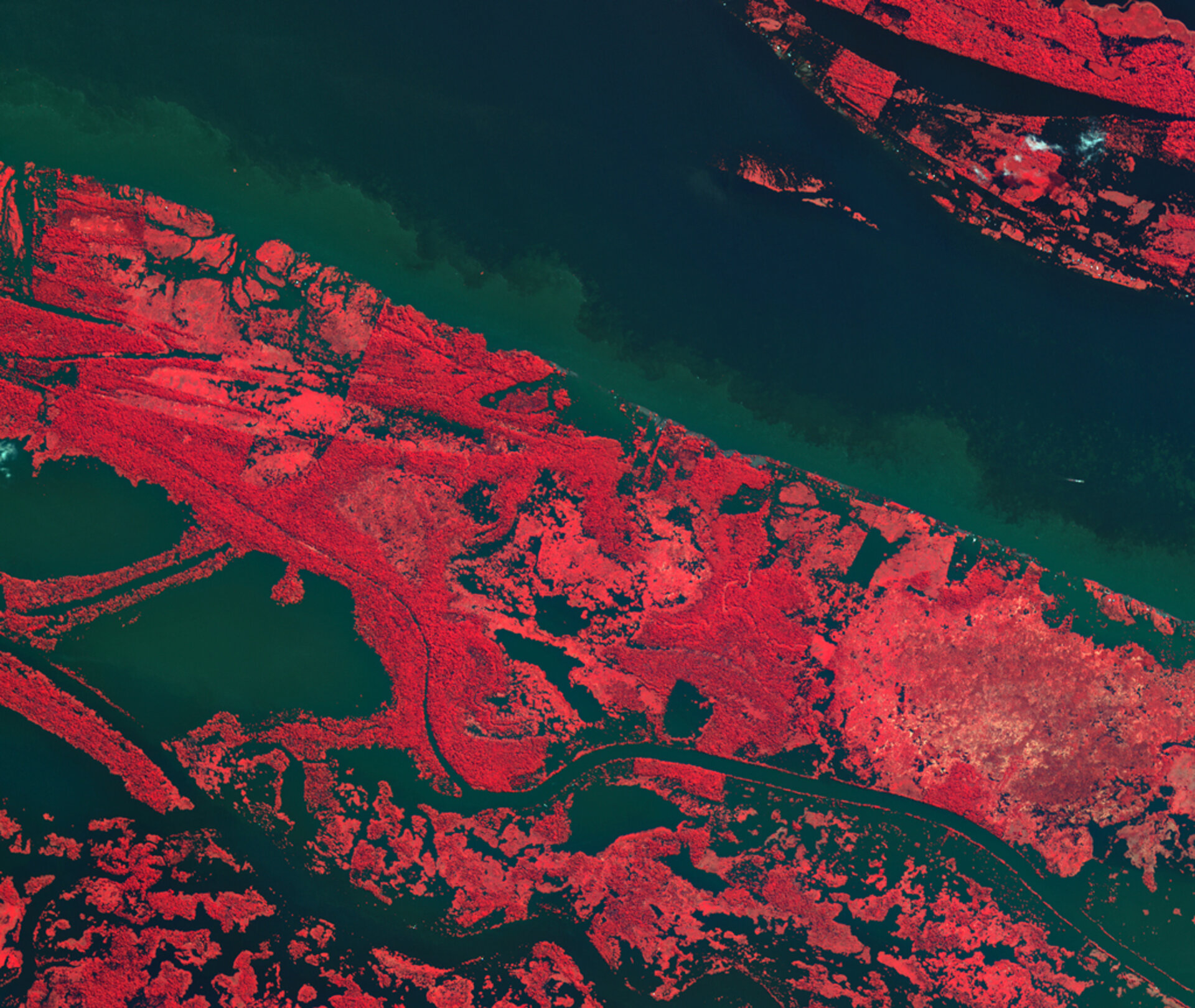 This week’s image shows the Amazon River in the heart of northern Brazil’s rainforest.

About 70 km west of the area pictured is the city of Manaus – the capital of Amazonas state. Sitting on the confluence of the Negro and Amazon rivers, Manaus is a popular destination for ecotourism.

The Amazon River’s floodplain forests are highly productive, and the ever-changing landscape is affected by seasonal flooding. The flooding is important for dispersing rich sediments and aquatic organisms to the surrounding land and rivers.

The false colour makes land vegetation appear pink, while water appears green and dark blue. In the upper-right corner, we can see some sparse clouds.

The shades of pink vary – the bolder colour representing thick vegetation with lighter pink showing where trees were possibly cut down. In fact, in the upper-left portion of the image, there’s a clear line between the two shades, showing where vegetation was cut. The white dots show man-made structures.

Unlike other forests, rainforests have difficulty regrowing after they are destroyed and, owing to their composition, their soils are not suitable for long-term agricultural use.

With their unique view from space, Earth observation satellites have been instrumental in highlighting the vulnerability of the rainforests by documenting the scale of deforestation.

This image was acquired on 6 July 2012 by the Korea Aerospace Research Institute’s Kompsat-2 satellite and it is featured on the Earth from Space video programme.