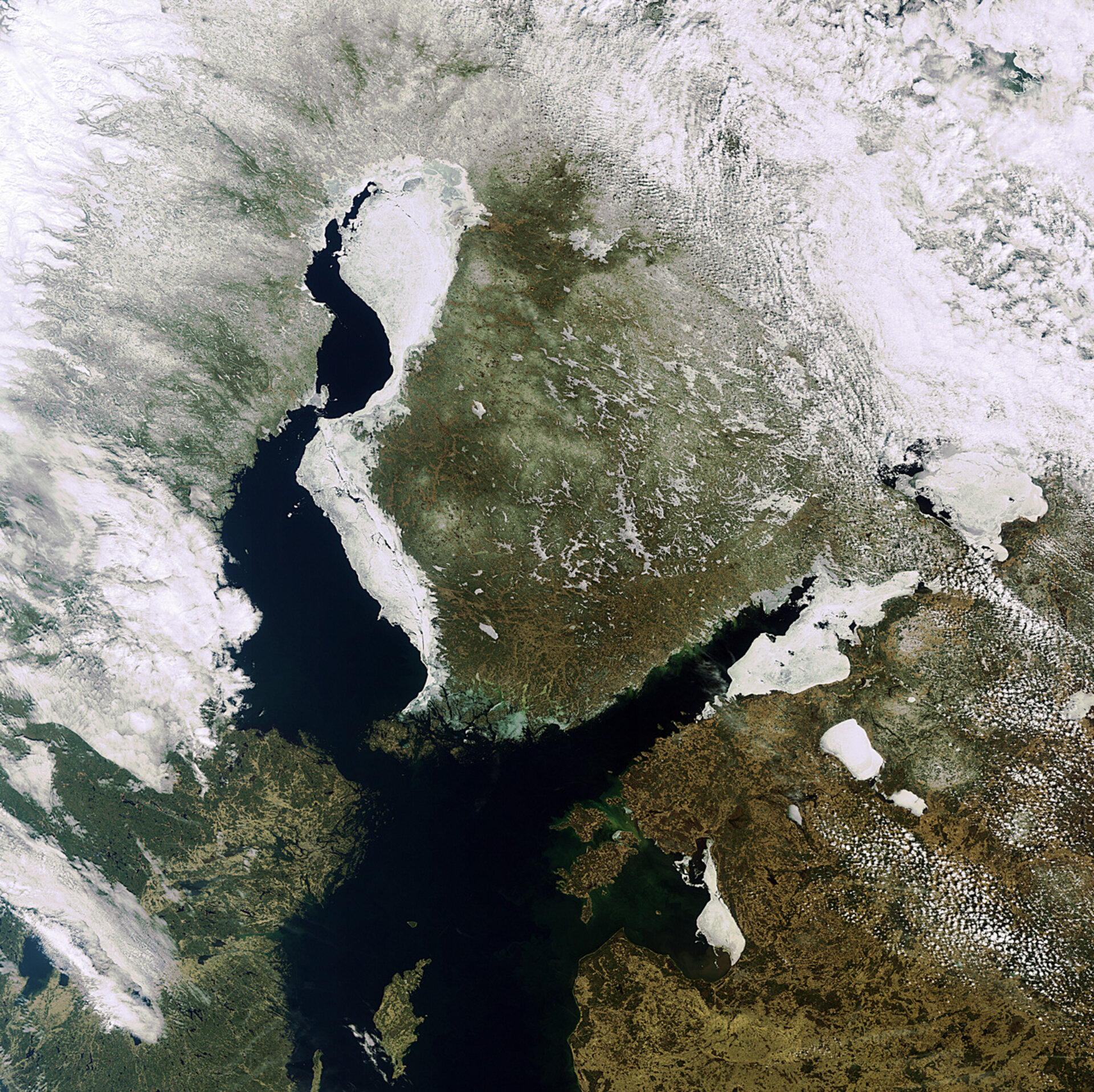 This Envisat image captures ice covering parts of the Gulf of Bothnia (top), the Gulf of Finland (middle right) and the Gulf of Riga (bottom right) last week.

Ice cover in the Baltic varies annually but this year’s has been unusually wide and thick, especially in the Gulf of Bothnia where -30 degree Celsius temperatures were reported in recent months.

At the time this image was acquired, there was ice as thick as 50-80 cm in the northern part of the Bay of Bothnia off Finland’s western coast. The central and southern Bay of Bothnia was reported to have ice cover as thick as 30–70 cm.

In the Gulf of Finland, tightly packed ice was reported to be as thick as 20-55 cm with thicker and faster ice around the port of St. Petersburg (head of the gulf).

These gulfs, considered parts of the Baltic Sea, are important waterways for transportation and shipping. Last month, the sea ice in the area trapped more than 100 vessels, including ferries carrying thousands of passengers and tankers carrying crude oil that had to be freed by icebreakers.

Vessels were not the only things being rescued: Polish firefighters came to the aid of two deer drifting on ice floes off the coast of Poland (not visible but to the south).

Visible in the image (clockwise from bottom left) are parts of Sweden, Finland (top right), Russia (top and centre left), Estonia and Latvia (bottom right). The Swedish islands of Öland and Gotland are visible at the bottom.

This image was acquired by Envisat’s Medium Resolution Imaging Spectrometer on 19 April at a resolution of 300 m.