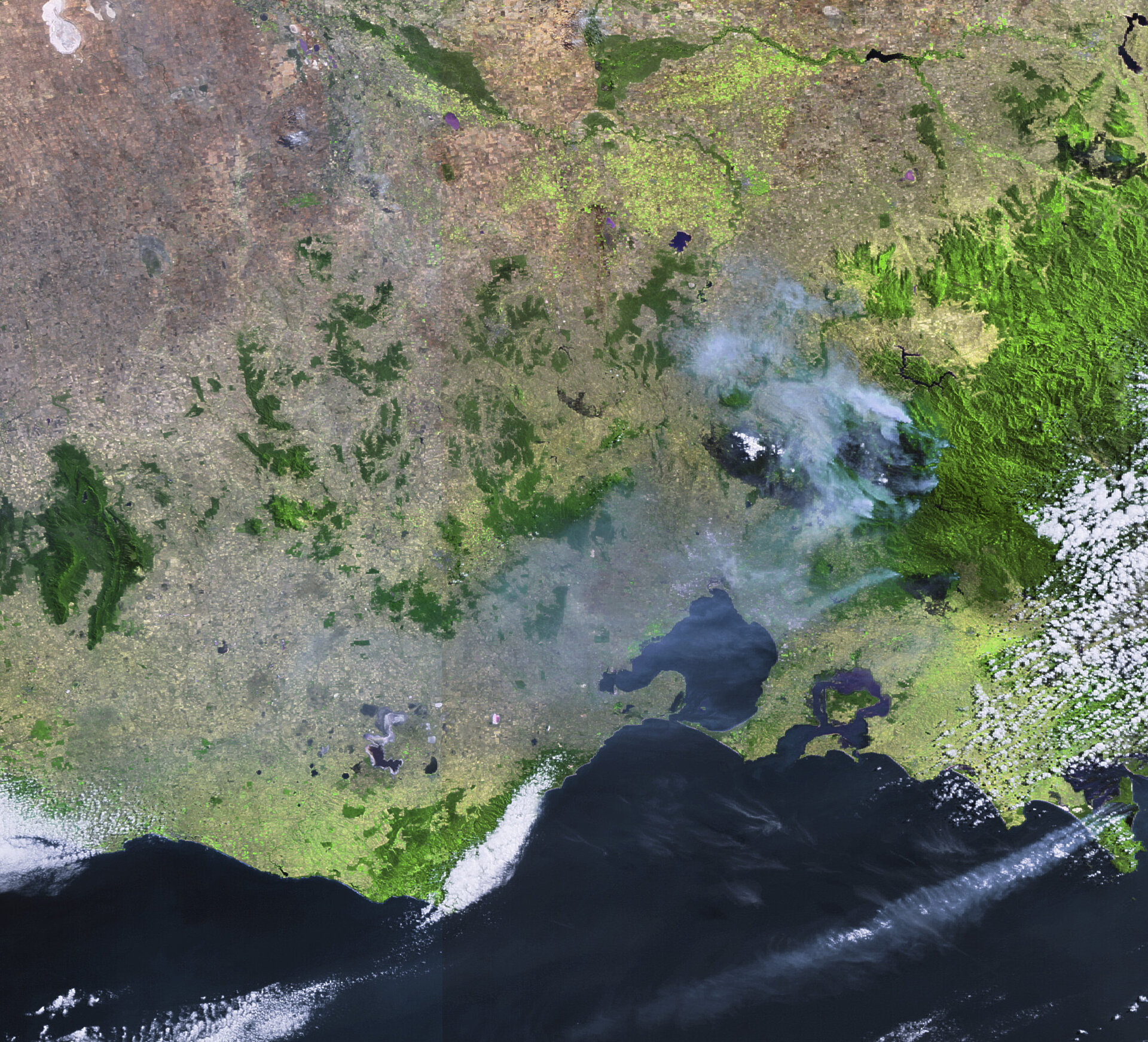 This Envisat image taken on 16 February 2009 captures the devastation of Australia’s deadliest wildfires that have scorched more than 3 900 km² of the state of Victoria and claimed more than 200 lives.

Satellites not only detect smoke billowing from major fires but also the burn scars left in their wake. In this image, burned areas from the Kinglake Complex, Bunyip and Wilsons Promontory National Park fires are all visible in black.

The Kinglake Complex fire is made up of two fires, Kilmore East and Murrindindi Mill, which merged as a result of changing winds. Kinglake Complex (largest burn scar with most visible amount of smoke plumes) is located north of the state capital of Melbourne, which sits on the eastern shoreline of Port Phillip Bay (largest body of water visible at bottom of image).

The Bunyip fire, which poses a threat to major power lines to Melbourne, can be seen to the northeast of the bay of Western Port (visible to the east of Port Phillip Bay). Much of the interior of Western Port is dominated by French Island, while its southern boundary is formed by Phillip Island.

The Wilsons Promontory National Park fire (visible in bottom right with smoke plumes) started by lightning on 8 February. To date, more than 12 500 hectares have been burnt out of the 50 000-hectare park.

The country’s predominantly flat, dry and warm landscape makes it prone to fires year round, but the risks increase during its hottest months, November through March. Drought, hurricane-force winds and record temperatures combined to create some of the worst fire conditions ever seen in Australia when these fires swept through on 7

Australia has a history of bushfires, which have been responsible for many deaths and enormous economic losses. This devastating series of fires has been dubbed ‘Black Saturday’. The country’s second deadliest bushfires that began on 16 February 1983 and claimed 76 lives are known as ‘Ash Wednesday’ bushfires.