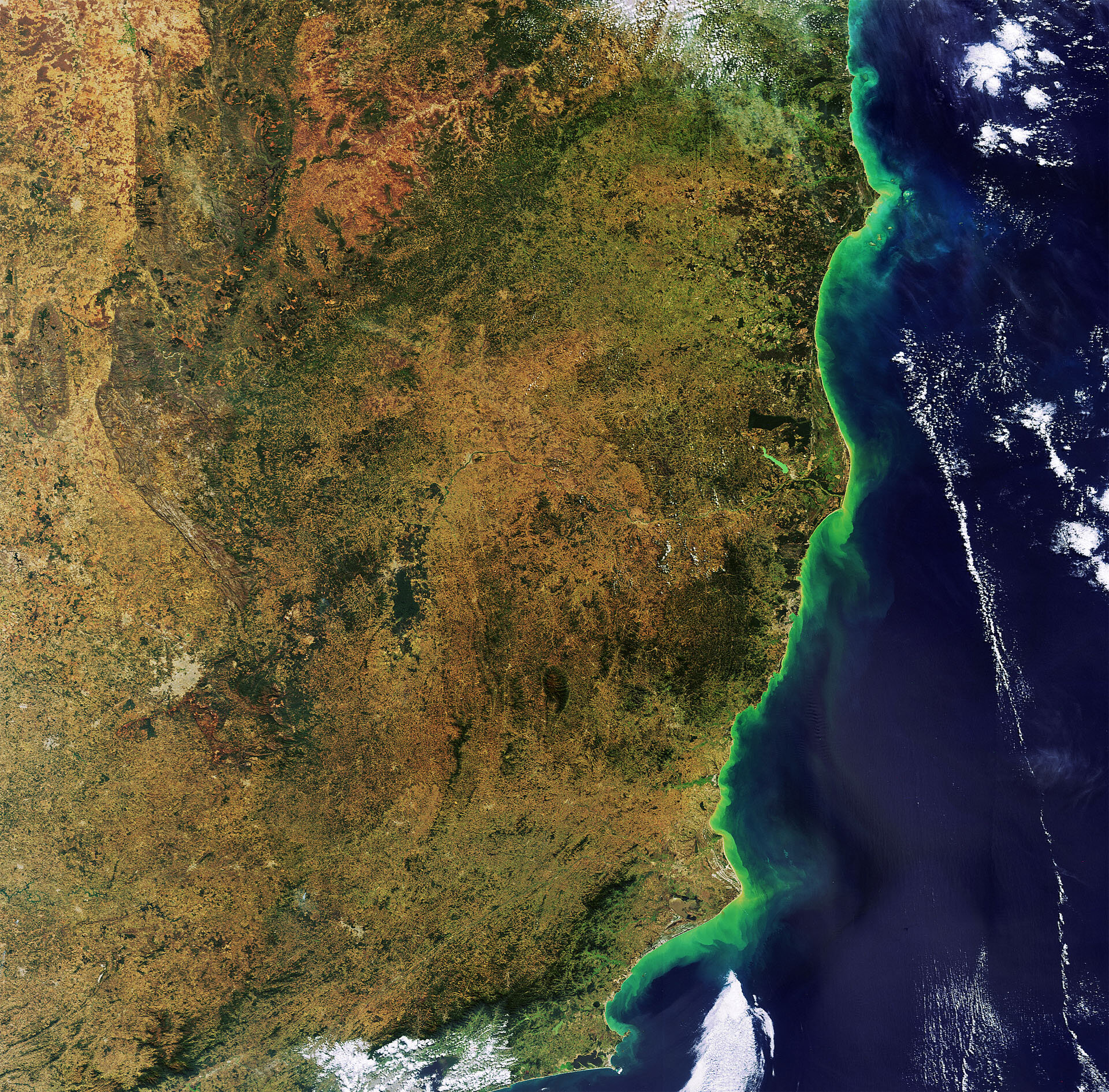 This Envisat image shows a portion of the southeastern coast of Brazil, South America’s largest and most populous country.

Three Brazilian states along the Atlantic coast are visible: Rio de Janeiro, Espírito Santo and a small portion of southern Bahia. These coastal areas experience a tropical climate – ideal for the tourists who flock to the beaches here.

Inland, the large state of Minas Gerais has a diverse geography ranging from rocky mountains to lush landscapes. This region is the country’s main producer of coffee and milk products.

Much of the area pictured is covered by the Atlantic Forest – or Mata Atlântica – a global conservation priority.

The Atlantic Forest is a region containing a diverse and unique mix of vegetation and forest types, but has been damaged by human activities. Sugarcane and coffee plantations threaten the habitat of endangered animals and plant species, along with the expansion of urban areas such as Rio de Janeiro.

This image was acquired on 18 August 2011 by Envisat’s Medium Resolution Imaging Spectrometer in full resolution mode.