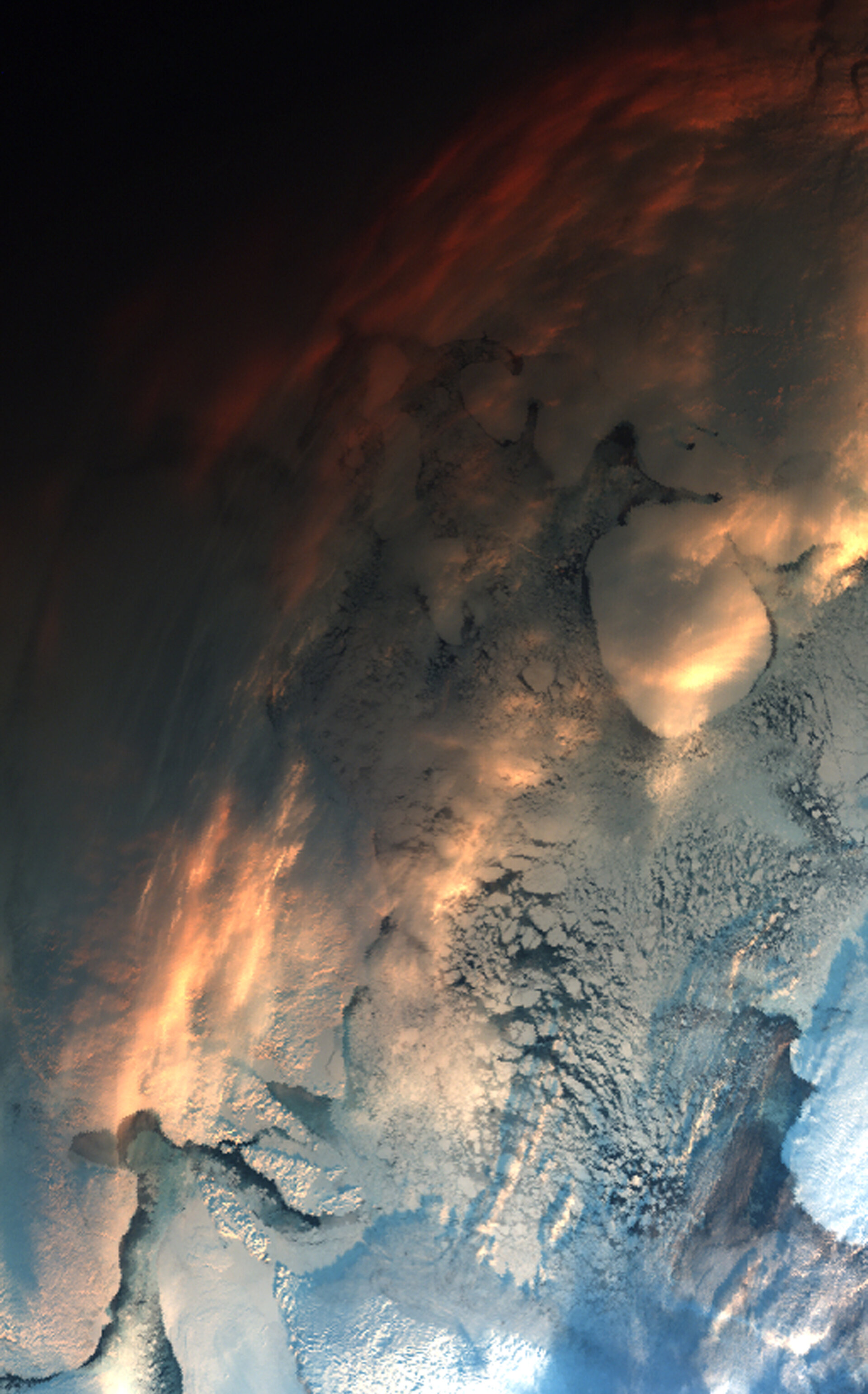 This Envisat image shows the snow-covered Nunavut territory in the Canadian Arctic. The icy body of water is Fox Basin, a shallow extension of the Atlantic Ocean.

The basin remains ice-covered for most of the year, with landfast ice (sea ice that remains attached to the coast) dominating in the shallower northern waters and pack ice (normally broken separate blocs of ice) covering the deeper southern waters.

Due to the low elevation of the sun at this time of the year, the top of the image appears very dark. The position of the low sun gives the clouds in the upper part of the image a reddish tint.

The Advanced Along Track Scanning Radiometer (AATSR) acquired this image on 2 December 2009. AATSR, one of the 10 instruments on Envisat, has a visible-light imaging capability for land surfaces and atmospheric clouds and aerosols.

The instrument is an improved version of the ATSR flown on ESA’s first Remote Sensing Satellite (ERS-1) in 1991 and its successor ATSR-2, launched in 1995 on ERS-2.

AATSR is also especially sensitive to anomalous heat sources such as volcanoes or the central cores of forest fires. For more than a decade, ERS-2 and Envisat have been continuously surveying fires burning across Earth’s surface. Worldwide fire maps based on data from ATSR-2 and AATSR are available to users online in near real time through ESA's ATSR World Fire Atlas.

More than 50 million hectares of forest are burnt annually, and these fires have a significant impact on global atmospheric pollution, with biomass burning contributing to the global budgets of greenhouse gases, like carbon dioxide.