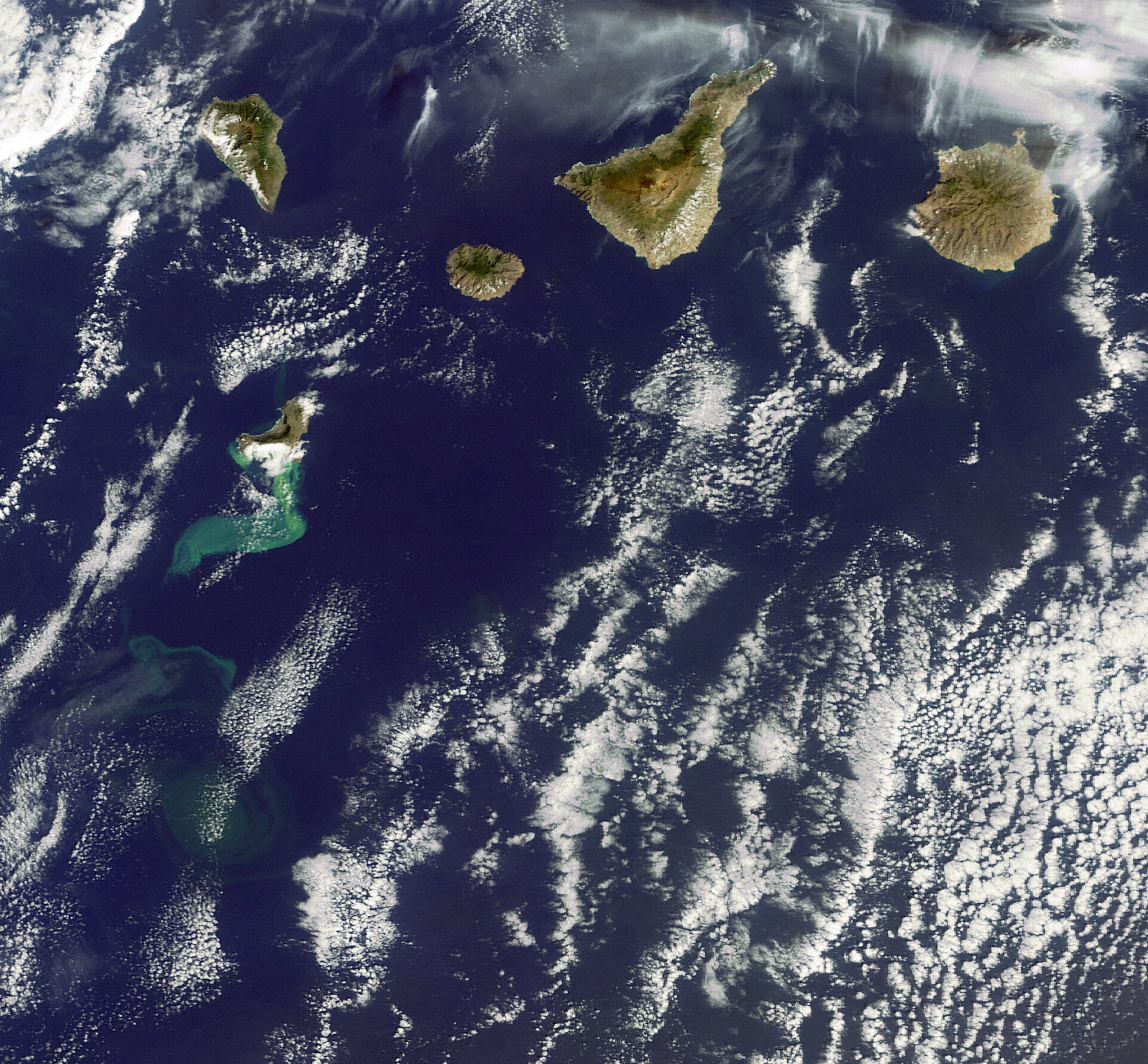 An active, underwater volcano just off the southern coast of the Canary island, El Hierro, is pictured in this Envisat image.

The volcanic plume has discoloured the surrounding waters and the muddy water has reached El Hierro’s shores.

Residents on the island are also feeling frequent tremors – occurring several times a day – and have reported seeing dead fish floating in the water.

Residents have also reported seeing offshore explosions spewing metres above sea level. The potential for toxic gases emanating from an underwater volcano has prompted authorities to close some beaches on the island.

The volcanic Canary Islands were formed by the Canary hotspot. The archipelago consists of seven main islands – some of which are visible here – and several smaller islets.

This image was acquired on 9 November 2011 by Envisat’s Medium Resolution Imaging Spectrometer.