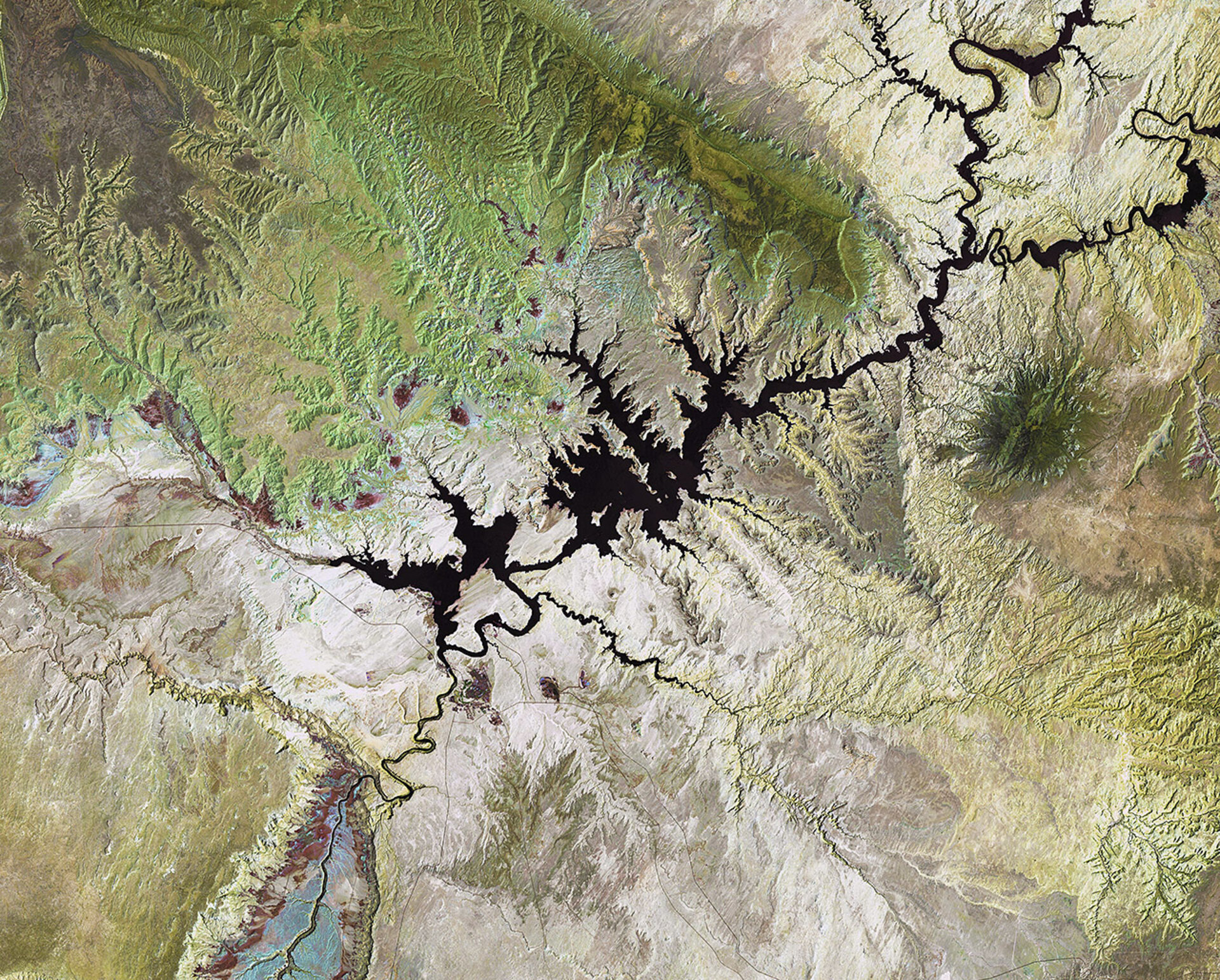 This Landsat image from 19 July 2011 shows Lake Powell, a reservoir on the Colorado River in the southwestern United States.

Straddling the border of the states Utah (to the north) and Arizona (to the south), it is the second largest artificial lake in the country.

The reservoir was created during the construction of the Glen Canyon Dam in the 1960s. It took 17 years for the lake to completely fill for the first time, and the water level has since fluctuated depending on seasonal snow runoff from higher ground.

In addition to storing water to sustain the needs of cities, industries and agriculture, the dam produces hydroelectric power.

The hydropower plant  – producing 4.5 billion kilowatt-hours annually – provides system reliability for the overall regional power grid. It is the primary unit used following a blackout failure, generating the power that is necessary to restart the system.

The area to the north of Lake Powell is known as the Grand Staircase-Escalante National Monument, and covers over 760 000 hectares. Important discoveries of dinosaur fossils have been made here.

Appearing green in this false-colour image, the Kaiparowits Plateau makes up a significant portion of the Monument, with the Fiftymile mountain (dark green) separating it from the Escalante Canyons.

Another feature of the Monument is the Grand Staircase – a sequence of sedimentary rock layers – part of which is visible in the lower-left corner.

The Thematic Mapper on Landsat-5 is jointly managed by NASA and the US Geological Survey. ESA supports the Landsat series as a Third Party Mission, meaning it uses its ground infrastructure and expertise to acquire, process and distribute Landsat data to users.