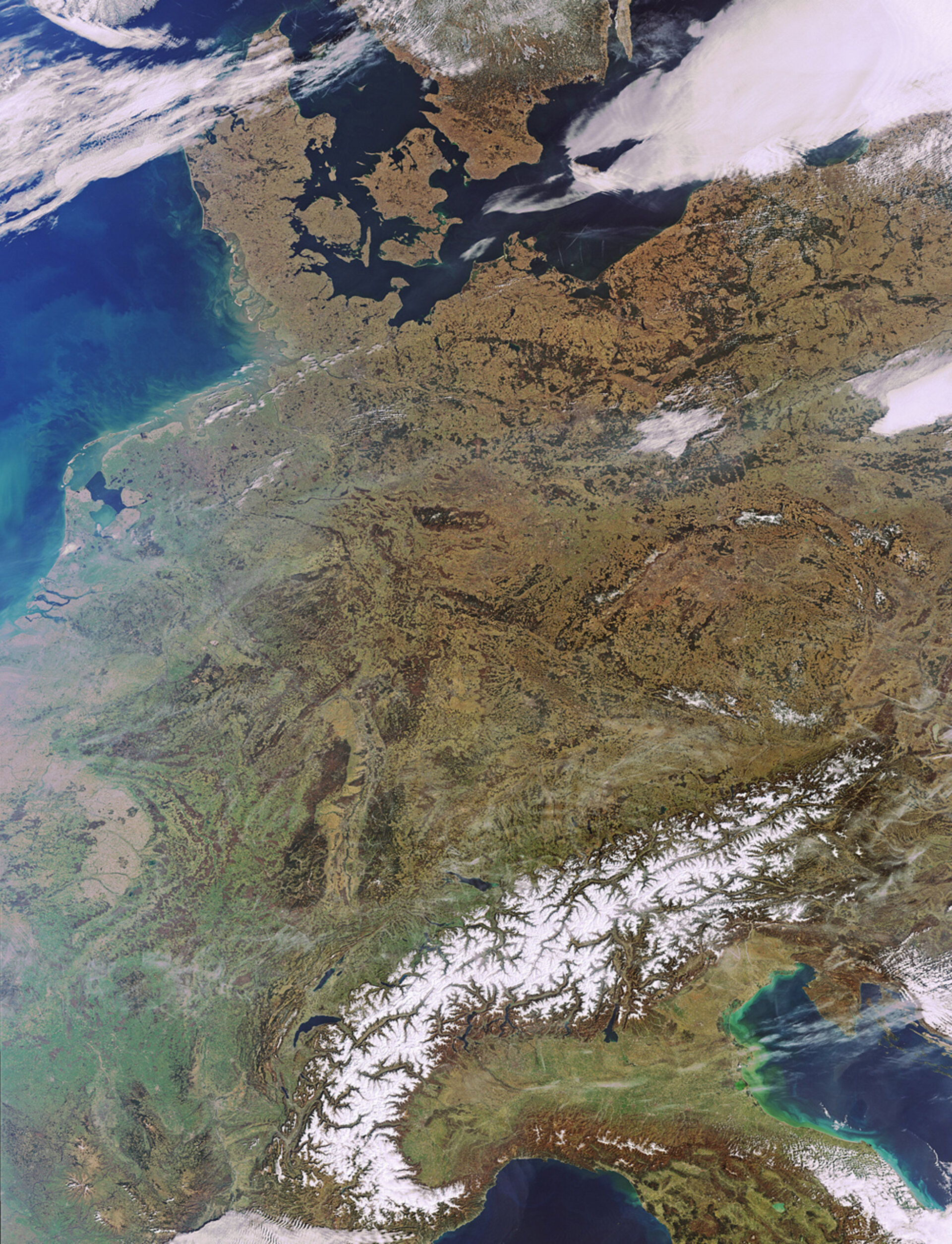 This Envisat image features an almost cloud-free look at a large portion of Europe. The Alps, with its white peaks, stand out in contrast against the vast areas still covered in brownish winter foliage.

It then runs down through Slovenia (south of Austria), Croatia (bottom right side), Bosnia and Herzegovina, Serbia and Montenegro before ending in Albania.

Several dark blue European lakes also stand out. The crescent-shaped Lake Geneva (north of Alps) is Europe’s largest Alpine lake. Its northern part is located in Switzerland, and its southern part in France.

With a surface of 218 sq km, Lake Neuchâtel (above Lake Geneva) is the largest lake located entirely in Switzerland. Lake Constance (northeast of Lake Neuchâtel) straddles the borders of Austria, Germany and Switzerland. Italy’s largest and Central Europe’s third largest lake, Garda, sits at the foot of the Alps.

This image was acquired by Envisat’s Medium Resolution Imaging Spectrometer on 22 March at a resolution of 300 m.