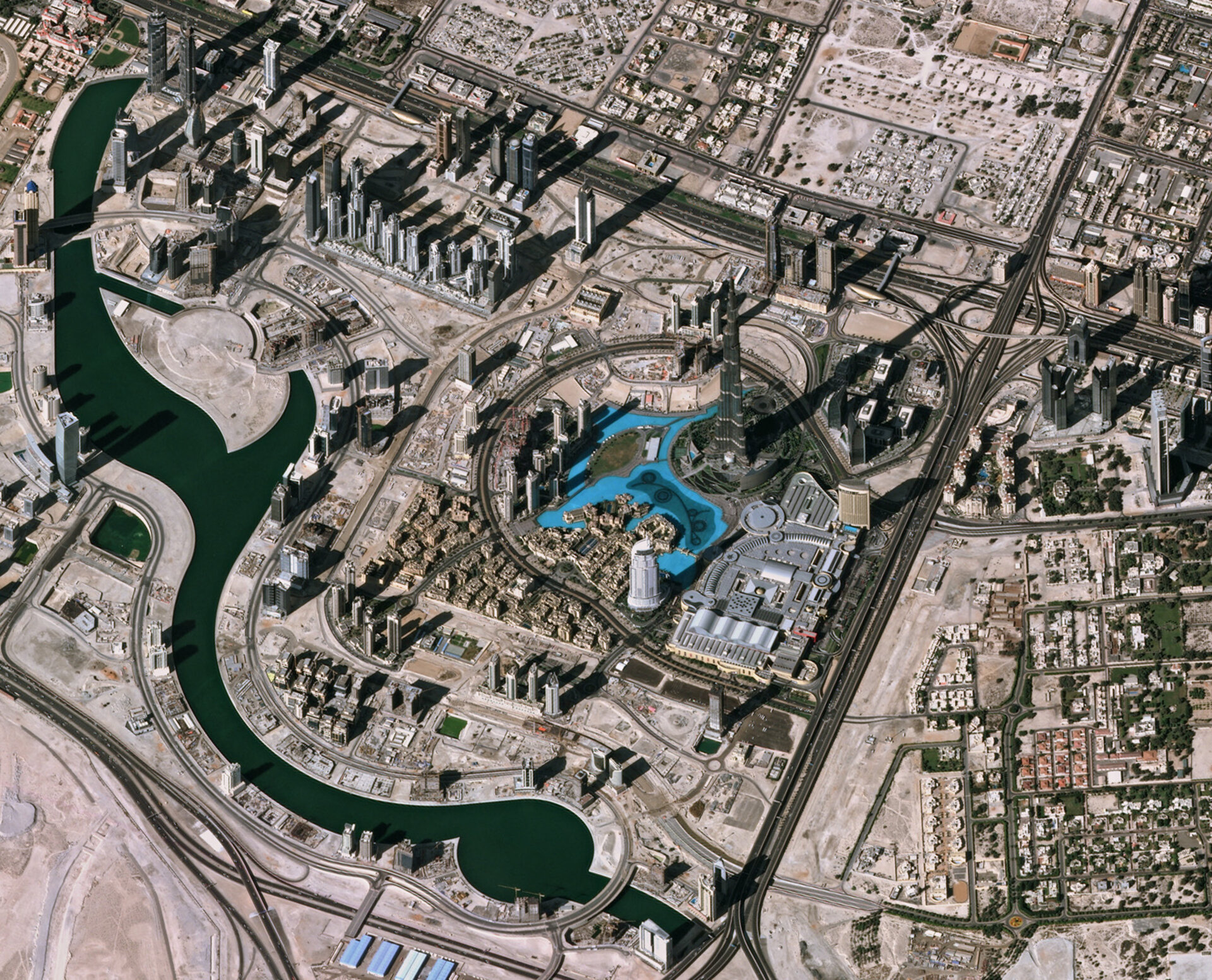 This image from the Pleiades satellite shows part of Dubai in the United Arab Emirates.

Located south east of the Persian Gulf on the Arabian Peninsula, Dubai lies within the Arabian Desert. The city is a major business hub, and its revenues come from tourism, real estate and financial services.

The light blue area near the centre of the image is the man-made Burj Khalifa Lake. Next to the lake sits a skyscraper that is the tallest man-made structure in the world. Its long shadow is cast to the north (to the right in this image).

Zooming in on the lake, we can see the curves and circles of the Dubai Fountain. The choreographed system shoots water 73 m into the air while accompanied by music.

The building, lake and fountain are part of a development called Downtown Dubai. Covering an area of 2 sq km, the mixed-use complex is estimated to cost US$20 billion.

Another notable structure of Downtown Dubai is the Dubai Mall, which appears as a vast grey structure in this image. It is the world’s largest shopping mall, and is also houses an aquarium and ice rink.

The large, dark area is where the saltwater Dubai Creek is being extended as part of the construction of the Business Bay development. The area is expected to have over 200 buildings for commercial and residential use.

In the upper left portion of the image, we can see Safa Park. It contains three lakes, over 200 species of birds and nearly 17 000 different types of vegetation.

The image was acquired by France’s Pleiades satellite on 4 January.