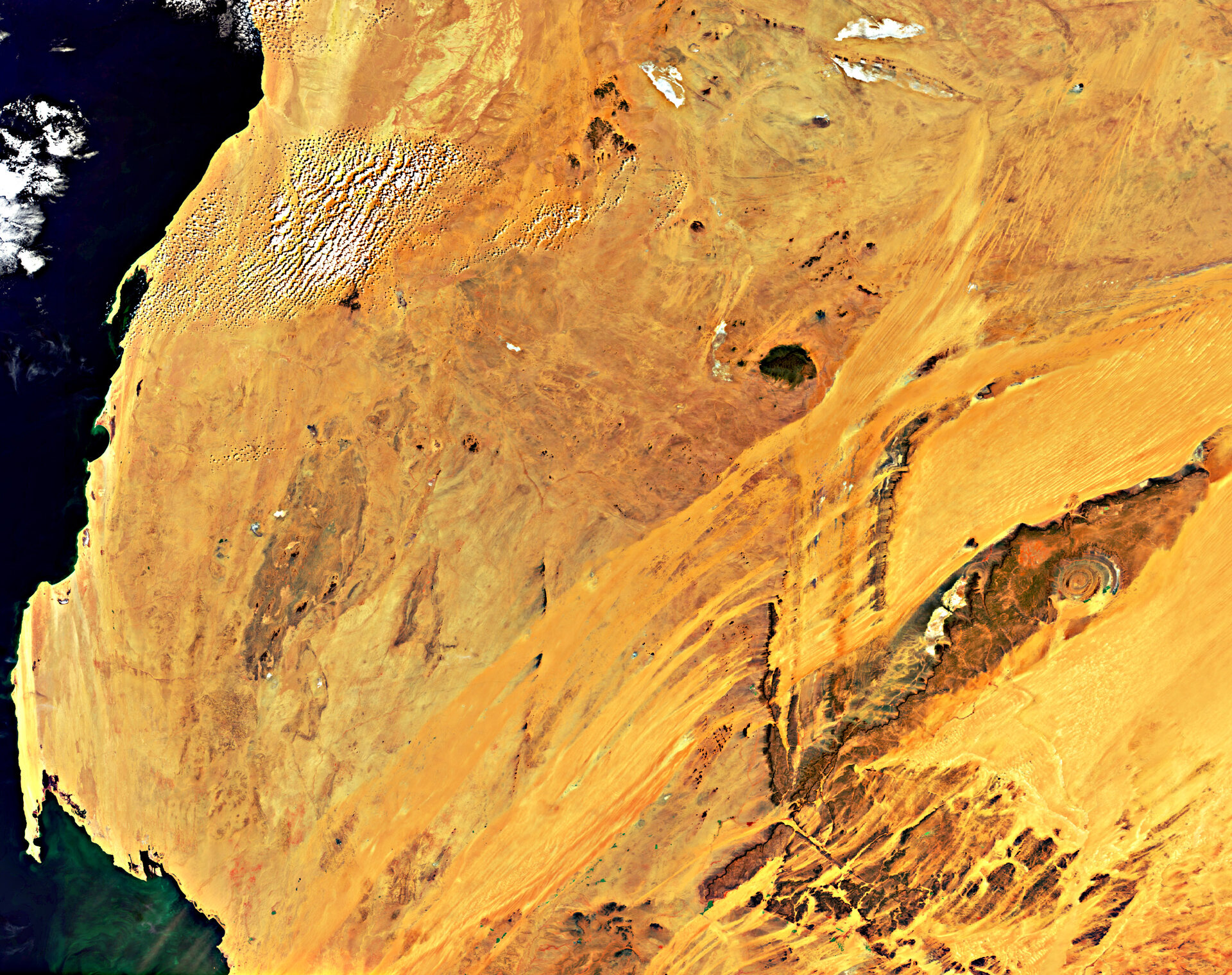 This Envisat image captures spectacular geological phenomena – the 'Eye of Africa' (right) and a magnetic mountain (centre) – in the Sahara Desert of Mauritania in northern Africa.

Peeping out from a sea of golden sand, the remarkable circular Richat structure resembles an eye from space. Once thought to be formed by a meteor impact, it is now believed to be the result of geological uplift exposed by wind and water erosion.

The surrounding dark area forms a plateau of sedimentary rock standing some 200 m above the surrounding desert sands, with the peak of the outer rim some 485 m above sea level. Sand is encroaching into the Richat structure’s southern side.

Mauritania’s highest peak (nearly 1000 m), the Kediet ej Jill Mountain, is visible northwest of Richat. It appears bluish because it is made completely of magnetite, a natural magnet. Owing to its inherent magnetic properties, the mountain disrupts navigational compasses.

Western Sahara is visible along the top and left.

This image was acquired by Envisat’s Medium Resolution Imaging Spectrometer on 1 November at a resolution of 300 m.