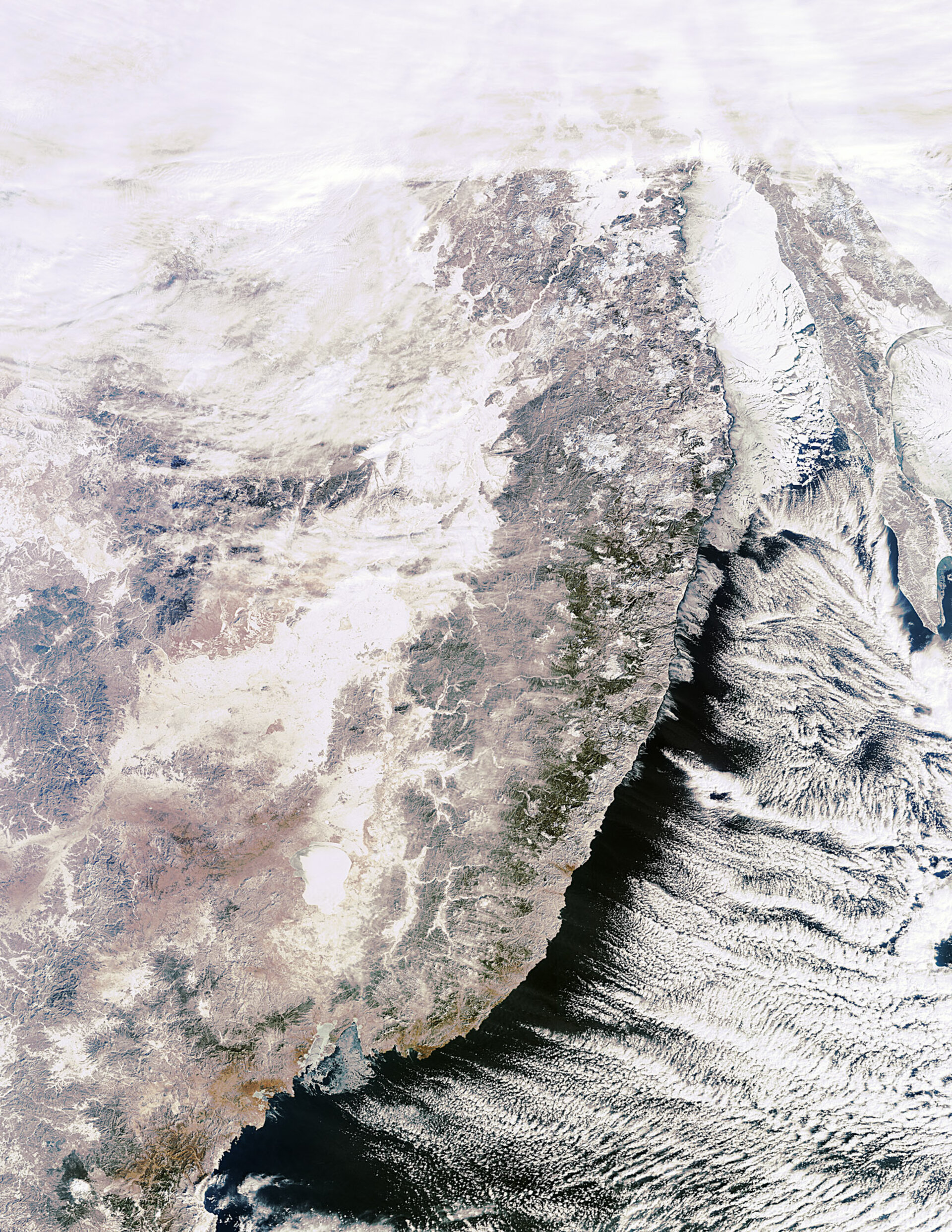 The Sikhote–Alin mountain range in Russia’s Far East is pictured in this image from Envisat.

The central portion of this mountain range is on the UNESCO World Heritage List because it contains one the richest and most unusual temperate forests of the world.

The area is also important for the survival of many endangered species, such as the Amur tiger.

In the lower-left portion of the image is the snow-covered Khanka Lake, which spans Russia’s border with northeast China. With an area of over 4000 sq km, the area around the lake is an important wetland habitat and is the site of nature protection on both sides of the border.

East of the mainland is the Sea of Japan, which appears to have a feathery cloud-cover. This is due to the cold air coming from the mountains and blowing out to sea.

In the upper-right portion of the image is Russia’s largest island, Sakhalin. This area is also mountainous.

During the Miocene period – from about five to 23 million years ago – Sakhalin formed part of a continent that comprised north Asia, Alaska and Japan, and enjoyed a comparatively warm climate.

This image was acquired on 27 January by the MERIS instrument on ESA’s Envisat satellite.