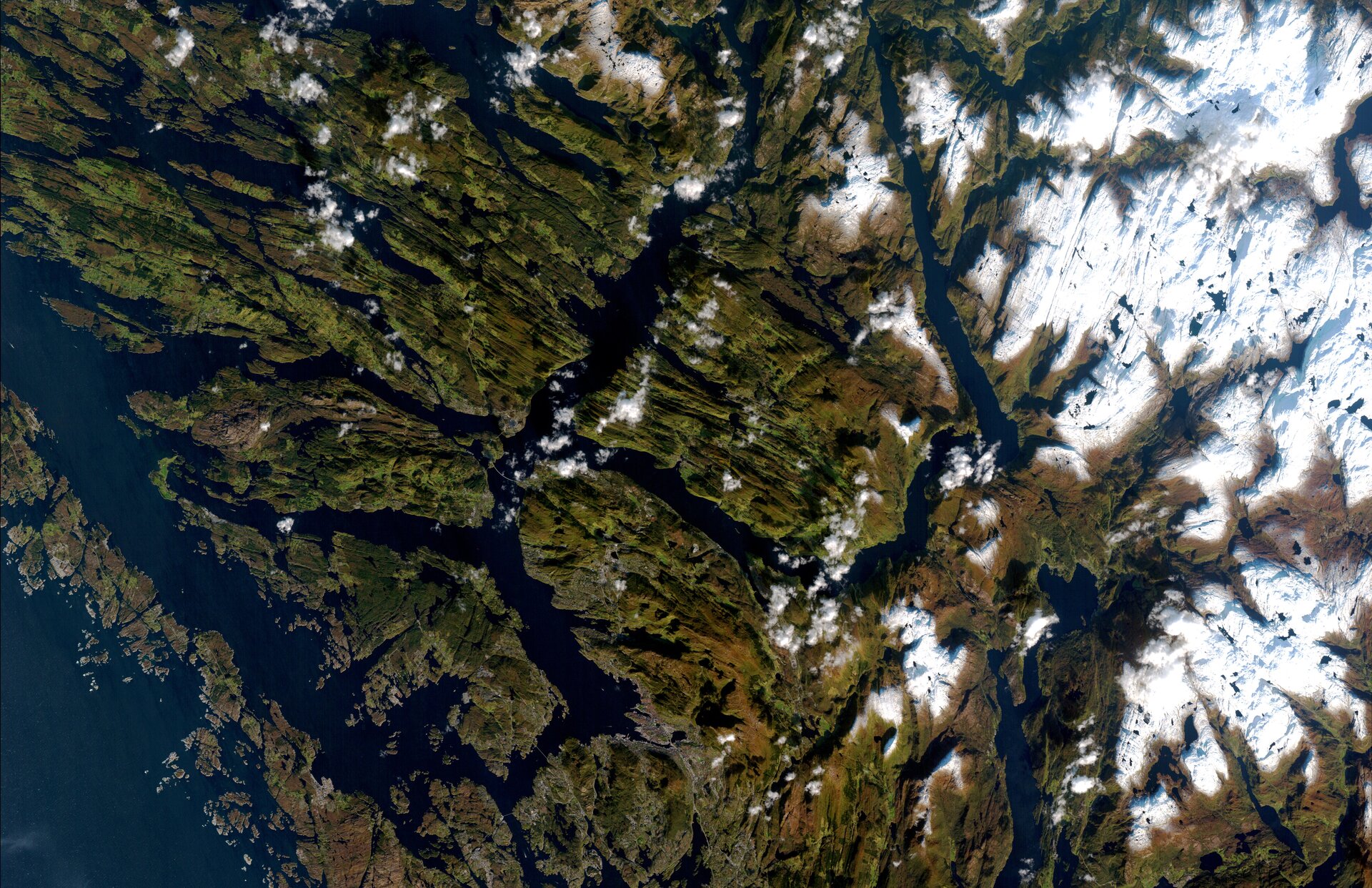 This ALOS satellite image over the county of Hordaland in western Norway illustrates the region’s diverse landscape of fjords, mountain plateaus and fertile valleys.

Bergen peninsula is at bottom centre. The city of Bergen, visible in grey on the west coast of the peninsula, is Norway’s second largest city, the centre of Hordaland County and the gateway to Europe's northernmost country’s famous fjords. Fjords are deep glacial valleys carved in the ice age that were once exposed but are now submerged under melt water.

Adding to its natural beauty, Bergen nestles beneath seven mountains. Fittingly, its name comes from the word Bjørgvin, which translates as 'field below mountains'.

The magnificent scenery of this World Heritage City will serve as the backdrop for ESA’s Living Planet Symposium from 28 June to 2 July. Over 1200 scientific researchers and data users will gather here next week to present results and compare findings of research using a wide range of space-based Earth observation data.

The island of Osterøy, the largest inland island in North Europe, is northeast of Bergen. Lindås is the island facing Osterøy. The fjord Osterfjorden is between them.

North of Meland is the island municipality of Radøy. The Øygarden archipelago is seen running across the bottom right.

Japan's four-tonne ALOS (Advanced Land Observing Satellite), which ESA supports as a Third Party Mission, captured this image on 10 December 2009 with its Advanced Visible and Near Infrared Radiometer.

'Third Party Mission' means that ESA uses its multi-mission European ground infrastructure and expertise to acquire, process and distribute data from the satellite to its wide user community.