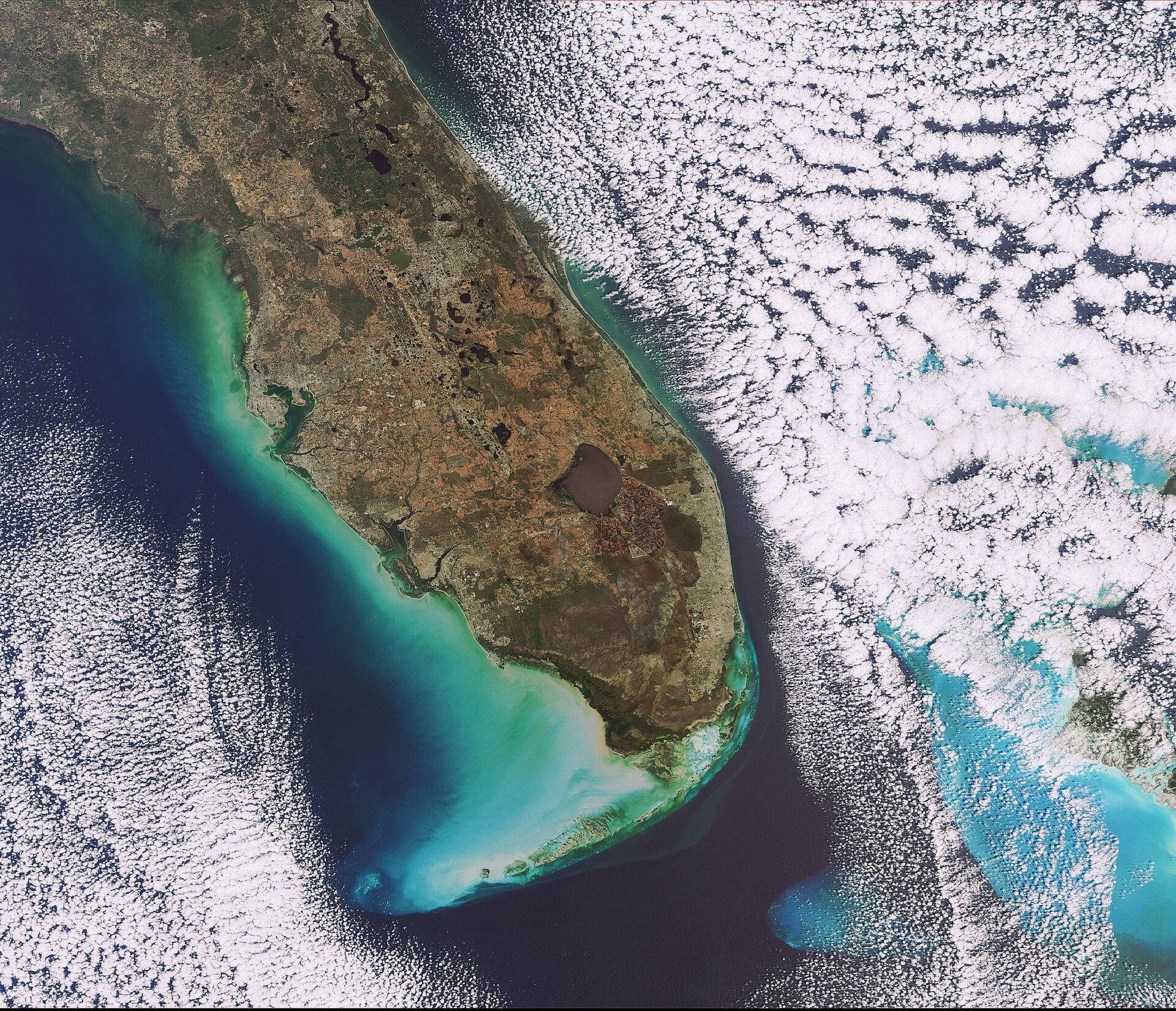 This Envisat image features the southern tip of Florida, located in the southeast region of the United States. The peninsula juts outs into the Atlantic Ocean (right) and the Gulf of Mexico for more than 550 km.

The brown circular area is Lake Okeechobee, the third largest freshwater lake contained entirely within the country (after Lake Michigan and Iliamna Lake). It covers an area of about 1900 sq km, has a shoreline of 220 km and an average water depth of 4 m.

The United States’ largest subtropical wilderness, the Everglades, covers some 10 000 sq km on the tip of the peninsula. This area features shallow, slow-moving water and is abundant in a plant called sawgrass that becomes so thick it makes the water barely visible, earning the Everglades the nickname ‘River of Grass’.

Home to diverse animal and plant life, the Everglades is the world’s only place where crocodiles and alligators exist alongside each other. Its wetlands also serve to mitigate storm systems and provide south Florida residents with drinking water.

The Everglades have been designated a Wetland of International Importance by the Ramsar Convention on Wetlands, a World Heritage Site and an International Biosphere Reserve by the UN.

Located southeast of the Lake Okeechobee is the Arthur R. Marshall Loxahatchee National Wildlife Refuge (dark brown, tear-drop shape). The refuge provides habitat for the wildlife of the northern Everglades.

The various colours of green visible in the Gulf of Mexico are due to sediments being transported in the water. The shallow blue waters of the Bahamas can be seen in the bottom right between clouds.

The islands visible extending southwest from the southern tip of the peninsula are the Florida Keys.

This image was acquired by Envisat's Medium Resolution Imaging Spectrometer (MERIS) instrument on 5 February 2009, working in Full Resolution mode to provide a spatial resolution of 300 m.