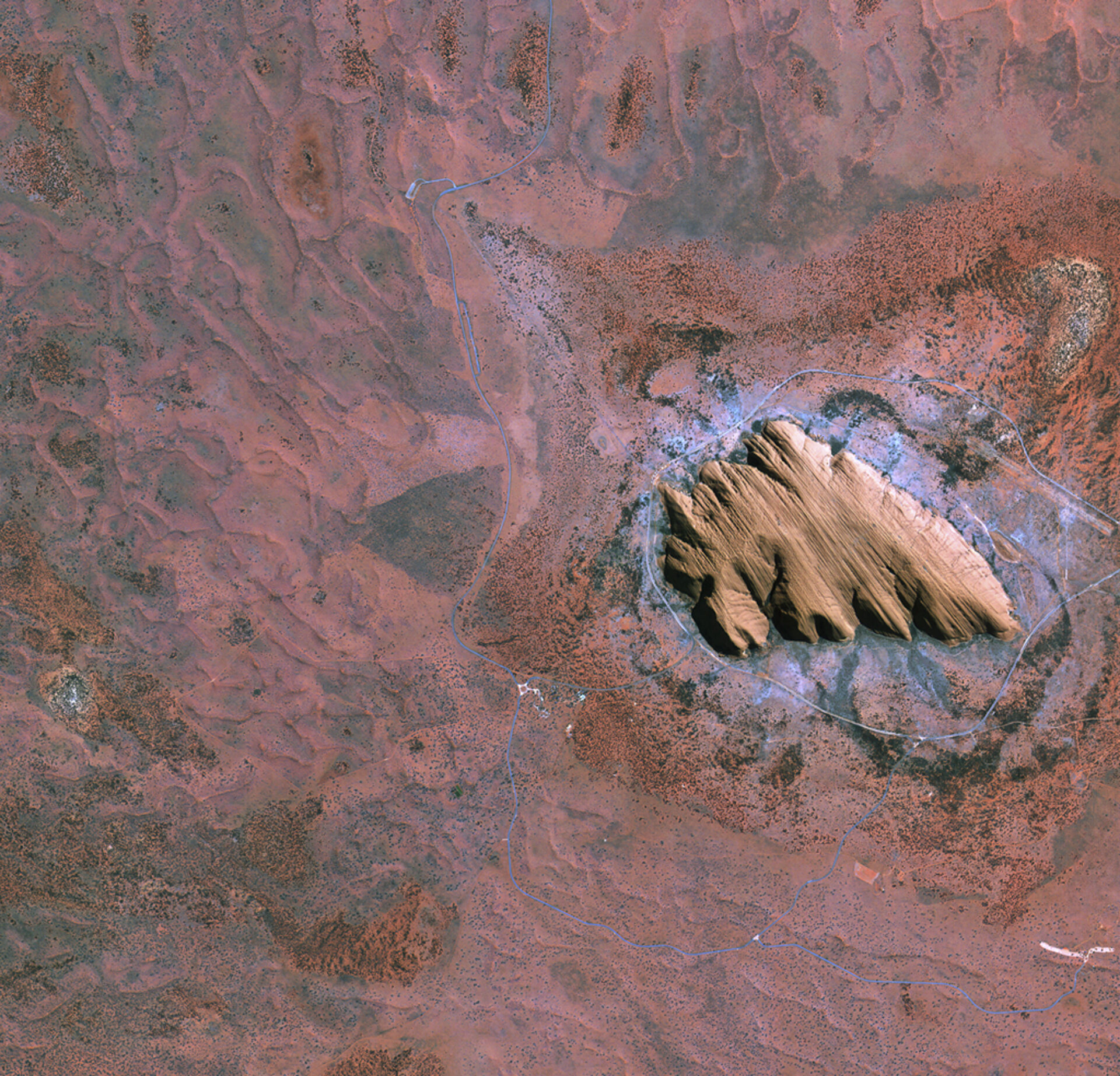 Uluru/Ayers Rock in the Australian outback is featured in this image from the Kompsat-2 satellite.

Under Australia’s dual naming policy, the formation is officially called by both the traditional Aboriginal name and the English name.

Uluru stands over 340 m above the surrounding desert and measures about 9 km around. In addition to being a geological wonder, it is a historical one as well: ancient rock art can be seen at points along the base of the formation. Many of these paintings were created by the elders of Aboriginal tribes to teach younger generations how to track and hunt animals – much like how a teacher uses a school blackboard.

The rock formation is an Inselberg– German for ‘island mountain’ – a prominent geological structure that rises from the surrounding plain.

Hundreds of millions of years ago, this part of Australia was a shallow sea. Layers of sandstone settled on the ocean floor and were compressed. These hardened, horizontal layers were uplifted and tilted almost 90º upwards to their present position. The rock eroded slower than the surrounding softer deposits until the monolith stood high above an otherwise flat surface.

From this perpendicular angle of the satellite acquisition, we can see those layers that were once horizontal and now appear to cut across the top of the formation.

This area in the southern part of the Northern Territory is home to a variety of animals, including the red kangaroo, dingo, hopping mouse, marsupial mole, various bats and over 70 species of reptiles.