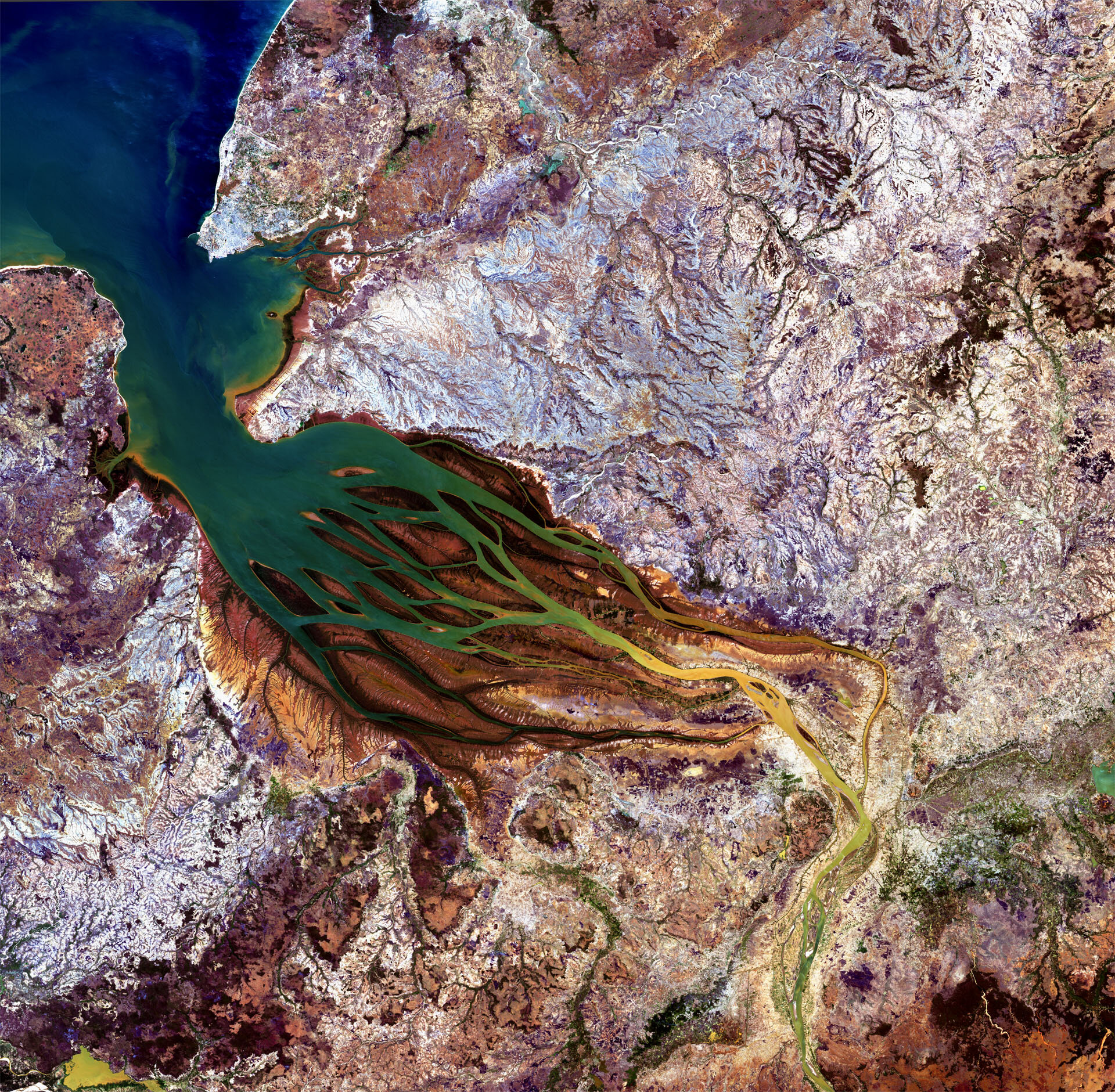 The Betsiboka estuary in northwest Madagascar is pictured in this image from Japan’s ALOS observation satellite.

Here, the country’s largest river flows into Bombetoka Bay, which then opens into the Mozambique Channel.

The red colouring of the sandbars and islands between the 'jellyfish tentacles' comes from sediments washed from hills and into the streams and rivers during heavy rain.

Mangroves are the predominant vegetation along the islands’ coastlines, sheltering mollusc and crustacean communities and serving as a habitat for sea turtles, dugongs and birds.

The seaport city of Mahajanga can be seen in the upper-left corner of the image. It is home to about 130 000 people and is an ideal tourist destination because most of the year is hot and dry.

In the lower-right corner is Marovoay, where the majority of the some 65 000 inhabitants are farmers.

Agriculture is evident: shrimp and rice farms are common near the water in this area, while coffee plantations flourish in the surrounding land.

The Advanced Land Observation Satellite captured this image on 17 September 2010 with its AVNIR-2 Advanced Visible and Near Infrared Radiometer.