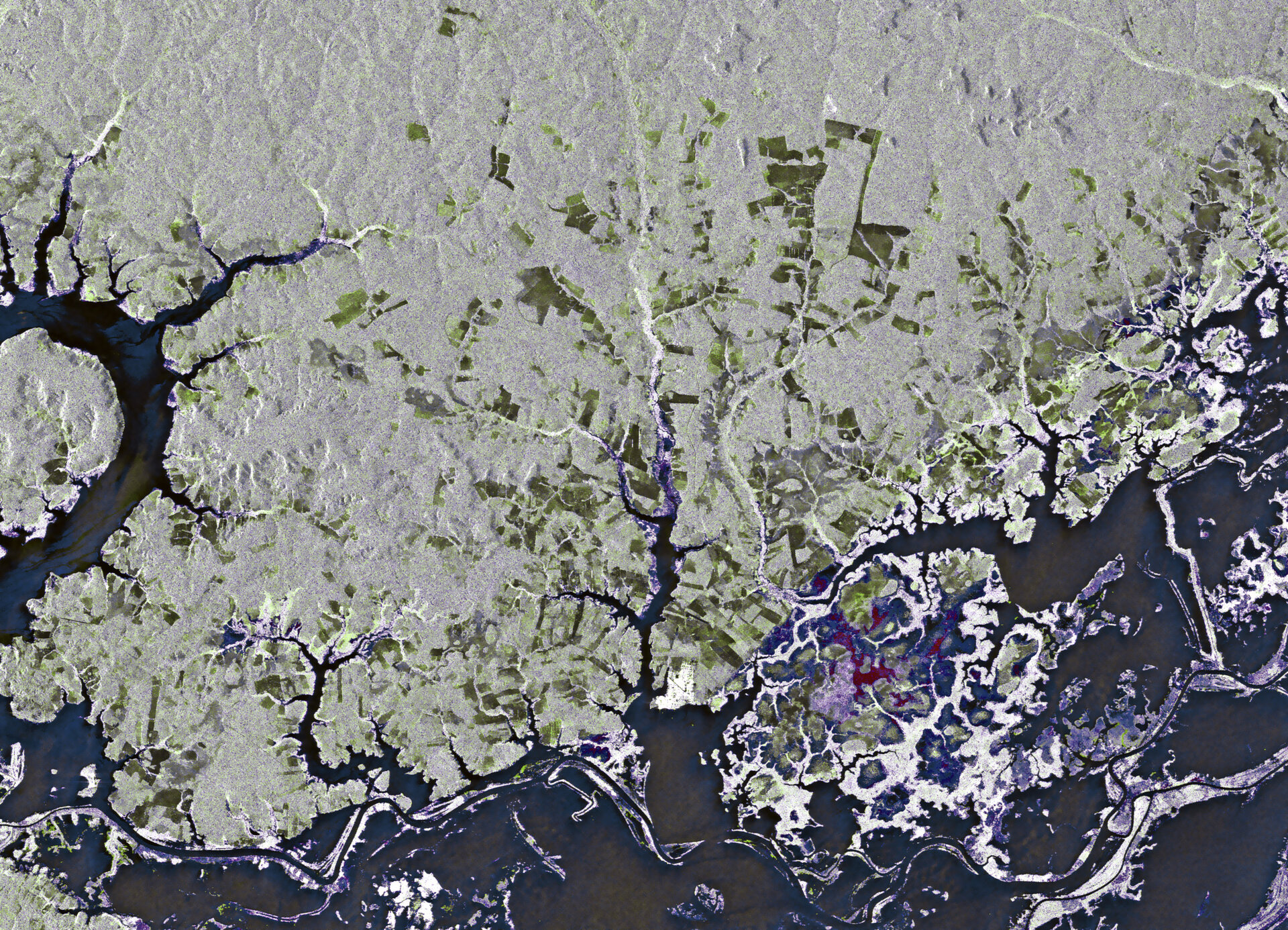 Part of the Amazon Basin in northern Brazil is pictured in this image from the Japanese ALOS satellite.

Along the left side of the image and running along the bottom, the Nhamundá River creates the border between the Brazilian states of Pará (north) and Amazonas (south). Small patches of land and vegetation outline the river’s main route, though the surrounding area is also covered by water.

This river is one of the many tributaries of the Amazon, which is located just to the south (not pictured).

Legend says that at the mouth of the Nhamundá River, Spanish explorer Francisco de Orellana encountered large, muscular female warriors that reminded him of the ‘Amazon women’ of Greek mythology. It is believed that the explorer – who completed the first known navigation of the Amazon River – named it so after this incident.

The somewhat geometric shapes that appear dark green and brown over the land are the result of forest clear cutting. Illegal deforestation and land occupation is a major problem in Pará state, mostly due to cattle ranching and soya farming.

Given its size and frequent cloud cover, remote sensing using radar images is the best way to study the Amazon Basin on a large scale – especially for assessing the extent and damage due to deforestation. Radars can observe during both day and night and through any weather conditions.

This image was created by combining two acquisitions from ALOS’s radar on 20 June and 5 August 2008.

ESA supports ALOS as a Third Party Mission, which means ESA utilises its multi-mission European ground infrastructure and expertise to acquire, process and distribute data from the satellite to its wide user community.