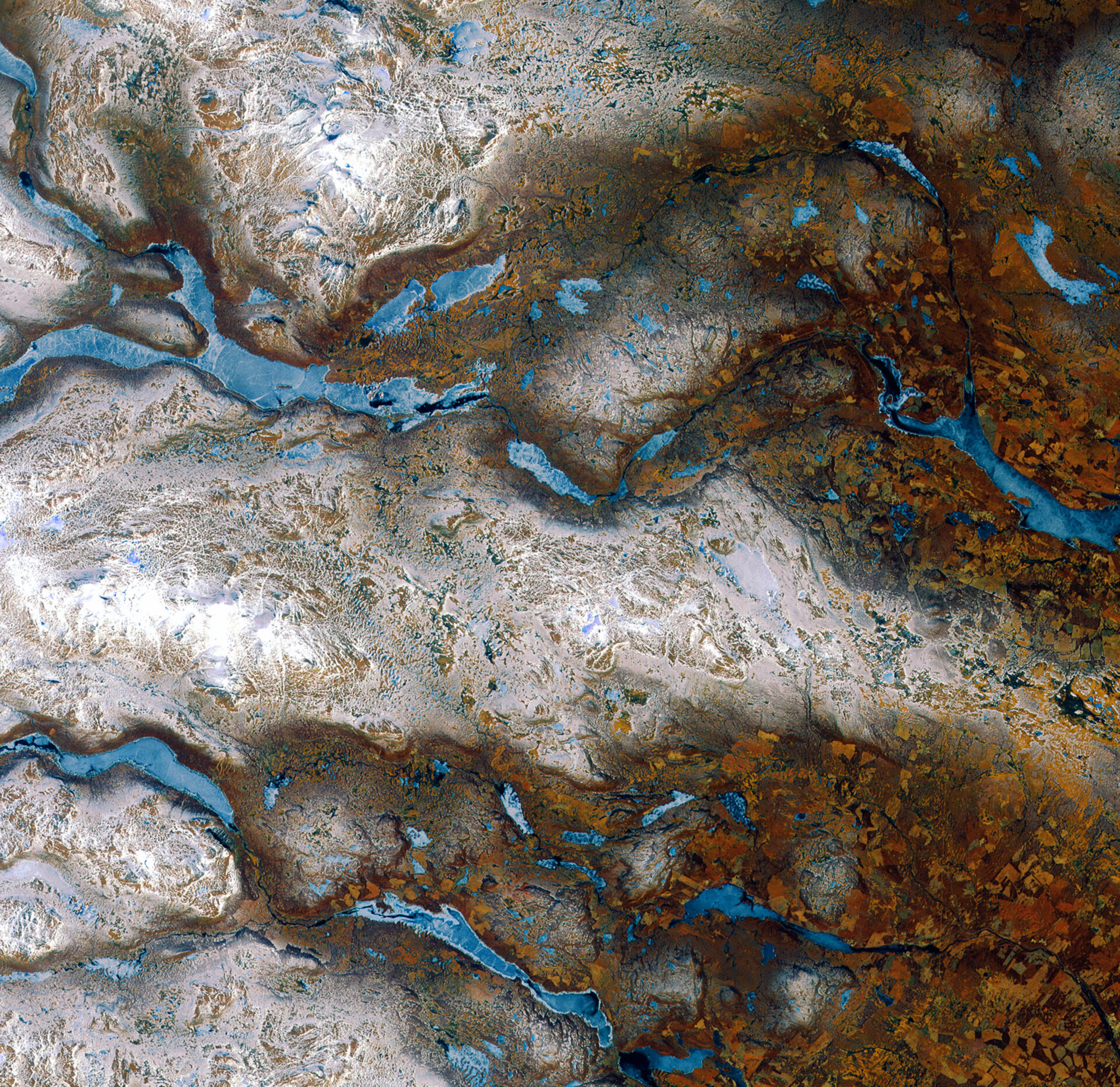 The vast and widely varied landscape of northern Sweden, just below the Arctic Circle, is shown in this SPOT-4 image. Mountains, lakes, rivers, streams, valleys, rocks, boulders and barren cliffs make up this area that is often called ‘Europe’s last wilderness’.

This area is commonly referred to as Lapland, which constitutes the western parts of Norrbotten (upper right) and Västerbotten (lower right) counties.

Norrbotten houses eight of Sweden’s 28 national parks, including the oldest and largest ones. All of Sweden's mountains above 1800 m are located here. Europe’s largest nature reserve, Vindelfjällen, is located in the northwestern part of Västerbotten.

The area above the Arctic Circle is often referred to as the ‘Land of the Midnight Sun’ because of a natural occurring phenomenon that allows the sun to shine for at least 24 hours from May until mid-July. The opposite phenomenon, called polar night, occurs in winter when the sun sits below the horizon, producing very little or no sunlight.

The Aurora Borealis, also called Northern Lights, can also be seen in this area from September to October and from March to April. The aurora is a result of high-speed electrons and protons from the sun entering into the atmosphere and colliding with air molecules, causing them to emit light.

To the north of this image is the famous Jukkasjärvi Ice Hotel, the world’s largest igloo. As Arctic temperatures drop each fall, the local inhabitants rebuild this hotel from 1000 to 2000 tons of snow.

SPOT-4 acquired this image on 9 May 2006. SPOT-4 is supported by ESA as a 'Third Party Mission', which means ESA utilises its multi-mission European ground infrastructure and expertise to acquire, process and distribute data from the satellite to its wide user community.