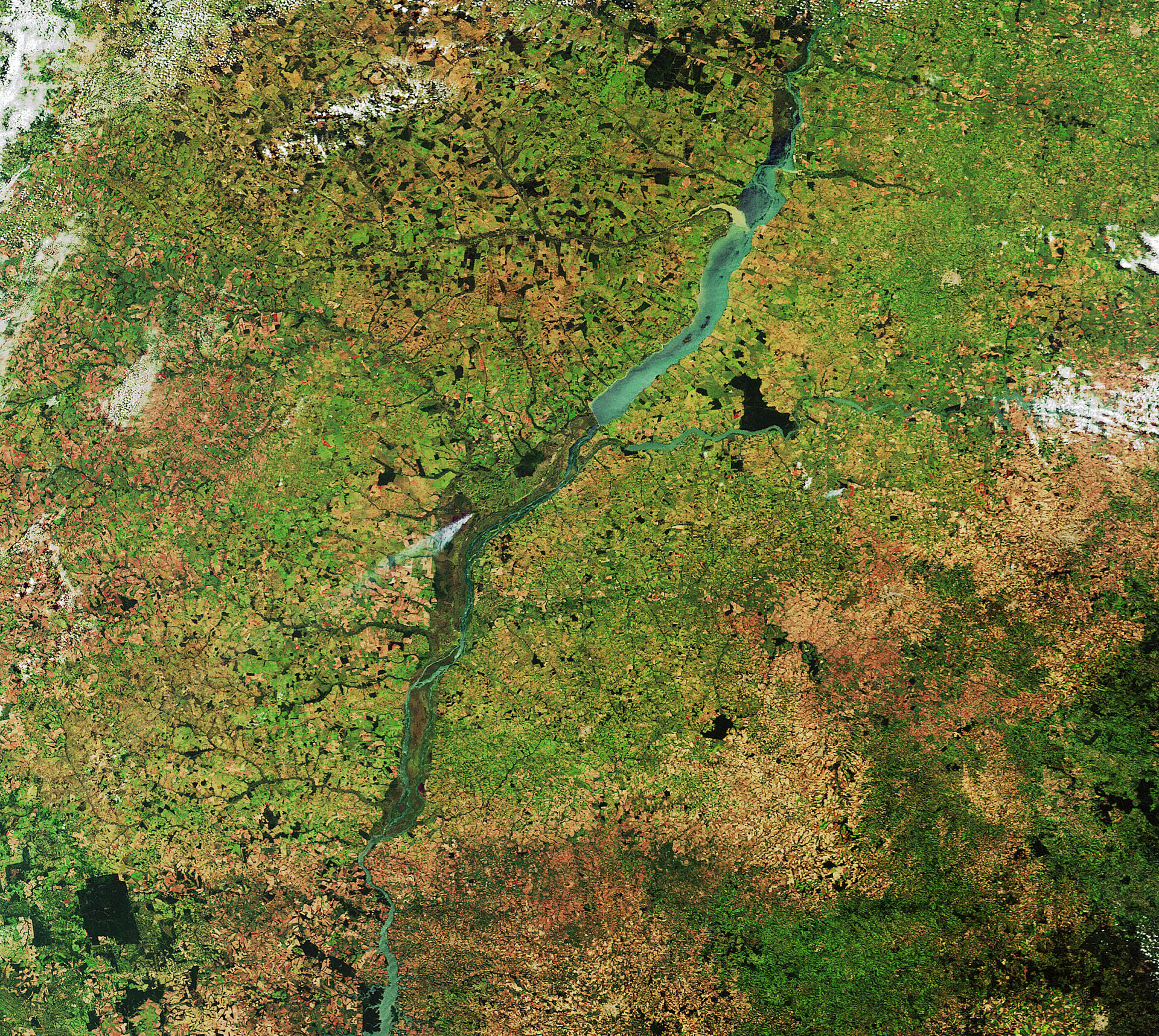 The Paraná River cuts through this image of southern Brazil from the Envisat satellite.

In the area pictured, the river marks the borders of the Brazilian states of Mato Grosso do Sul to the north and west, São Paulo to the east and Paraná to the south.

The river along with its tributaries creates a massive watershed that spreads throughout much of the south central part of the continent.

Agricultural structures are evident in the surrounding land. The area is known as a large producer of coffee.

Near the centre of the image, smoke from a fire was captured blowing southwest from its source.

Major fires are visible from space – satellites detect not only the smoke billowing from major conflagrations but also the burn scars left in their wake and even the fires themselves – appearing as hotspots when scanning Earth’s surface in thermal-infrared wavelengths.

Envisat’s Advanced Along-Track Scanning Radiometer was like a thermometer, measuring thermal-infrared radiation to take the temperature of Earth’s land and sea surfaces.

Prior to the end of the Envisat mission in April, the radiometer data contributed to the ATSR World Fire Atlas.

Temperatures exceeding about 39ºC were classed as burning fires by the instrument, which was capable of detecting fires as small as gas flares from industrial sites because of their high temperature. Fires are detected best during local night, when the surrounding land is cooler.

This image was acquired by the MERIS instrument on Envisat on 19 March.