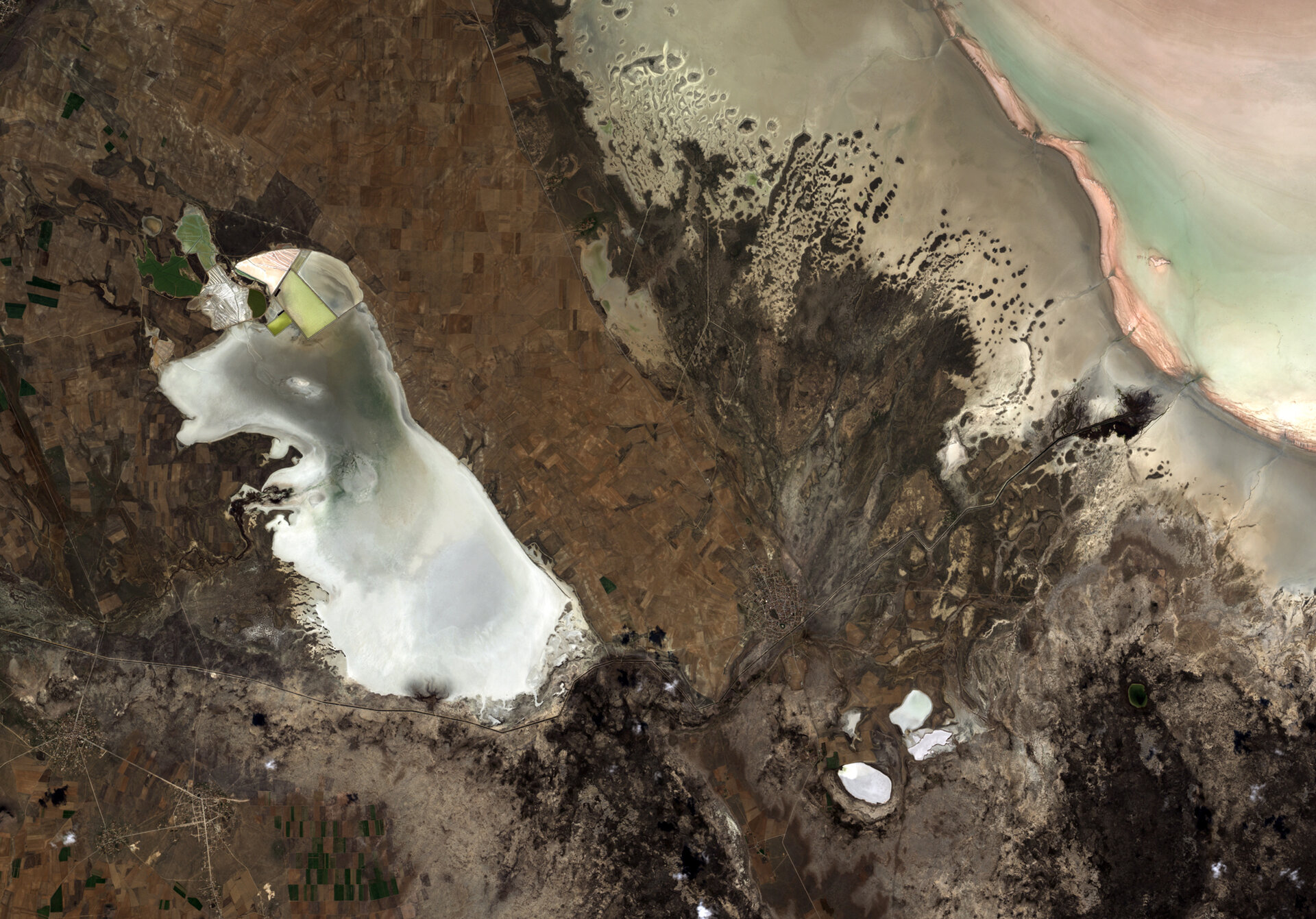 This image from Japan’s ALOS satellite was acquired over Anatolia’s dry, central plateau on the Asian side of Turkey.

Also known as Asia Minor, the Anatolian peninsula is surrounded by the Black Sea to the north, Mediterranean Sea to the south and Aegean Sea to the west. In this image over the central high plains, we can see the whole of Lake Tersakan on the left side, with part of Lake Tuz in the upper right corner.

Lake Tuz is Turkey’s second largest lake, as well as one of the largest saline lakes in the world.

While some of the surrounding land shows the patchwork of agriculture, other areas are prone to the seasonal flooding of salty water. During the summer months, however, the lakewater recedes to expose a thick layer of salt.

The bright white surface during these dry summer months has been used by Earth-observing satellites to calibrate their sensors for the colour white – much like how you would adjust a camera’s white balance setting.

The salt from Lake Tuz is also mined, providing over half of the salt consumed in Turkey.

In addition to its economic importance, the lake provides an important breeding ground for the Greater Flamingo and the Greater White-fronted Goose.