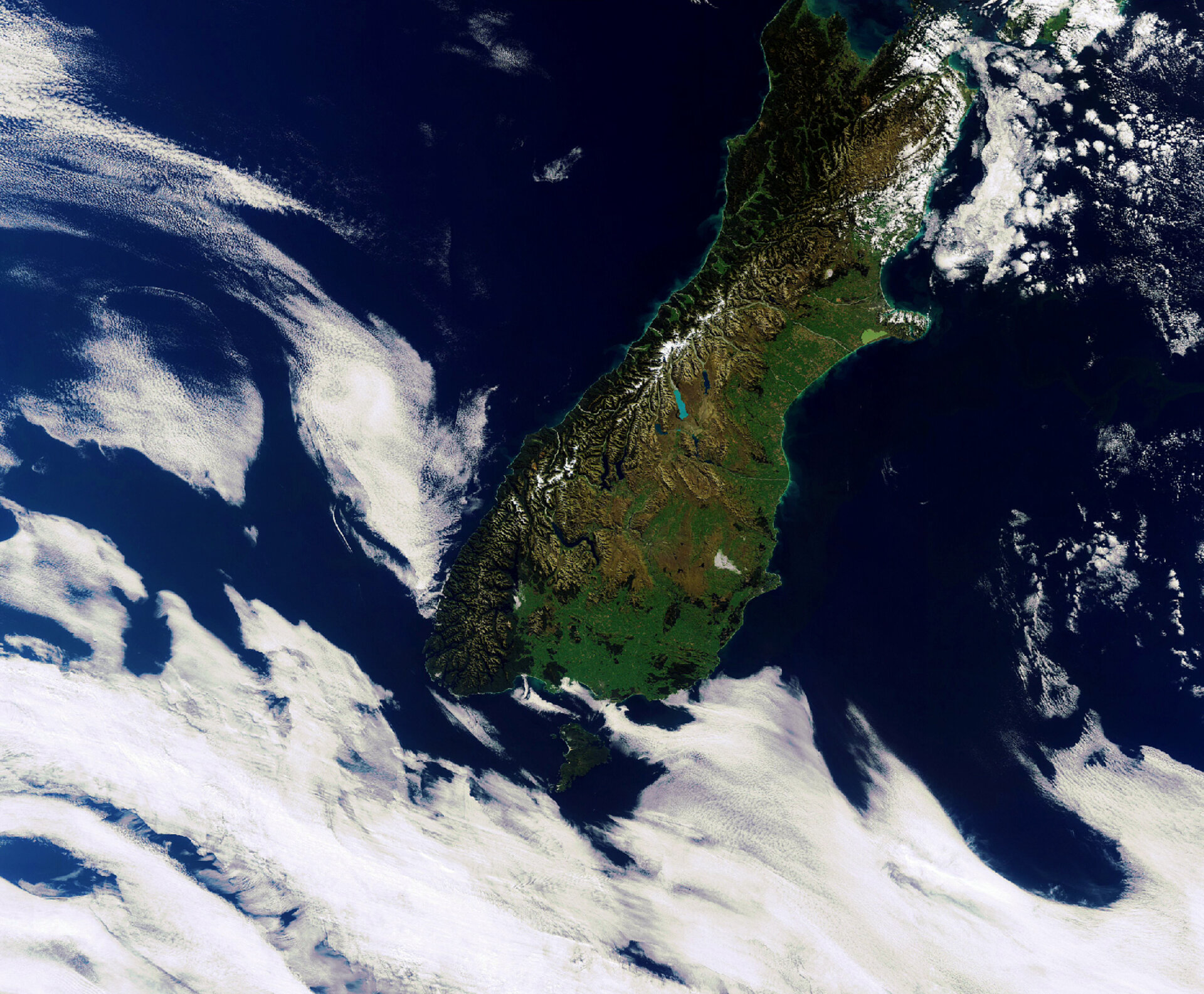 New Zealand’s South Island is pictured in this Envisat image from 4 April 2012.

Located in the southwest Pacific Ocean, New Zealand sits on two tectonic plates: the Pacific and the Australian. The country therefore experiences a lot of geological activity. In February 2011, an earthquake shook South Island and killed over 180 people, making it one of the nation’s deadliest disasters.

In addition to earthquakes, the country’s position on two plates yields many geothermal features like geysers and hot springs.

South Island is the nation’s largest, covering over 150 000 sq km. The Southern Alps extend about 450 km north to south and contain numerous glaciers. Much of this range is protected within national parks.

There are a number of lakes throughout the island, but one that stands out in particular is Lake Pukaki, at the centre of the image. The bright blue colouring of its waters comes from the extremely fine rock particles fed into the water from the glaciers.

To the northeast, the light green colouring of Lake Ellesmere / Te Waihora can be seen. This is actually a shallow lagoon of brackish water.

Peeking out from between the clouds to the south is Stewart Island/Rakiura – the country’s third largest island. This island is well placed for observing the aurora australis, or southern lights.

This image was one of the last captured by Envisat before communication with the satellite was lost on 8 April 2012, just weeks after marking its tenth year in orbit. The mission’s archived data continue to be used for studying Earth’s land, atmosphere, oceans and ice caps.