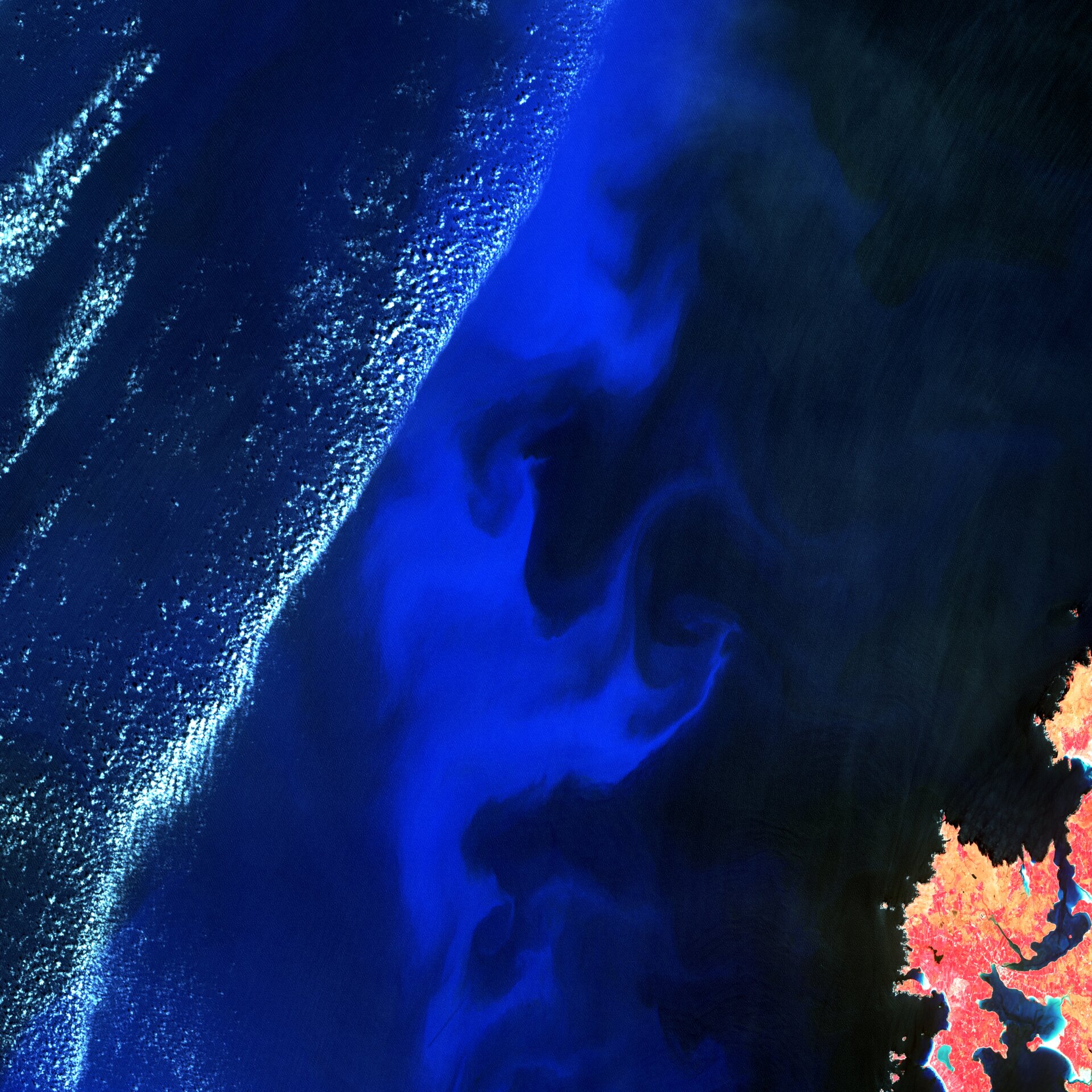 A spring bloom of phytoplankton was captured in this SPOT-5 image off of Ireland’s northwest coast in the North Atlantic Ocean.

The bloom indicates mineral-rich waters from the mixing of surface waters with deeper waters. Phytoplankton depend on these minerals, making blooms like this common in the spring and summer.

These microscopic organisms are the basis of the marine food chain, and play an important role in removing carbon dioxide from the atmosphere and producing oxygen in the oceans. By helping to regulate the carbon cycle, phytoplankton are important to the global climate system.

Since the phytoplankton are sensitive to environmental changes, it is important to monitor and model them for climate change calculations and to identify potentially harmful blooms.

In the lower-right corner, we can see part of County Mayo’s coast, in northwest Ireland – which appears pink in the false-colour image.

Broadhaven Bay, with its opening facing north, is visible. This important marine habitat is frequented by the bottlenose dolphin, the harbour porpoise, the grey and common seals, and the European otter.

The satellite is supported by ESA as a Third Party Mission, which means ESA uses its multi-mission European ground infrastructure and expertise to acquire, process and distribute data from the satellite to its wide user community.

SPOT-5 was built by France’s space agency, CNES, and its imagery is distributed commercially by Spot Image.