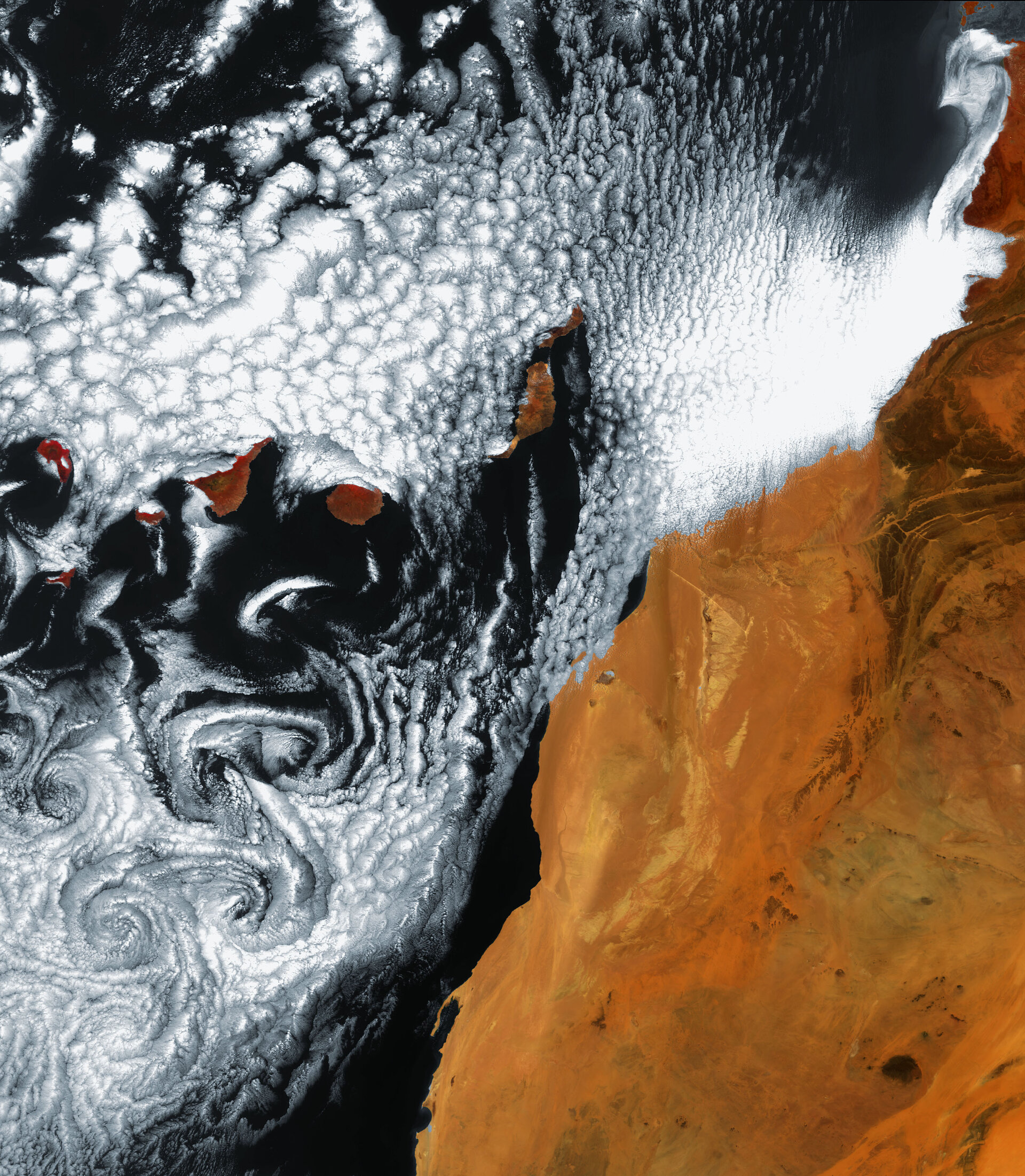 This false-colour Envisat image highlights a unique cloud formation, created by ‘Von Karman vortices’, south of the Canary Island archipelago, some 95 km from the northwest coast of Africa (right) in the Atlantic Ocean.

Von Karman vortices, named after aeronautical engineer Theodore von Karman, form as air flows around an object in its path, causing it to separate and create eddies in its wake.

The clockwise and counterclockwise spirals in this image were created as wind blowing from the north over the Atlantic was disturbed by the archipelago.

Tenerife is the largest of the Canaries, while Gran Canaria is the most populated. UNESCO declared La Palma a Biosphere Reserve in 1983.

This image was acquired by Envisat’s Medium Resolution Imaging Spectrometer on 6 June 2010 at a resolution of 300 m.