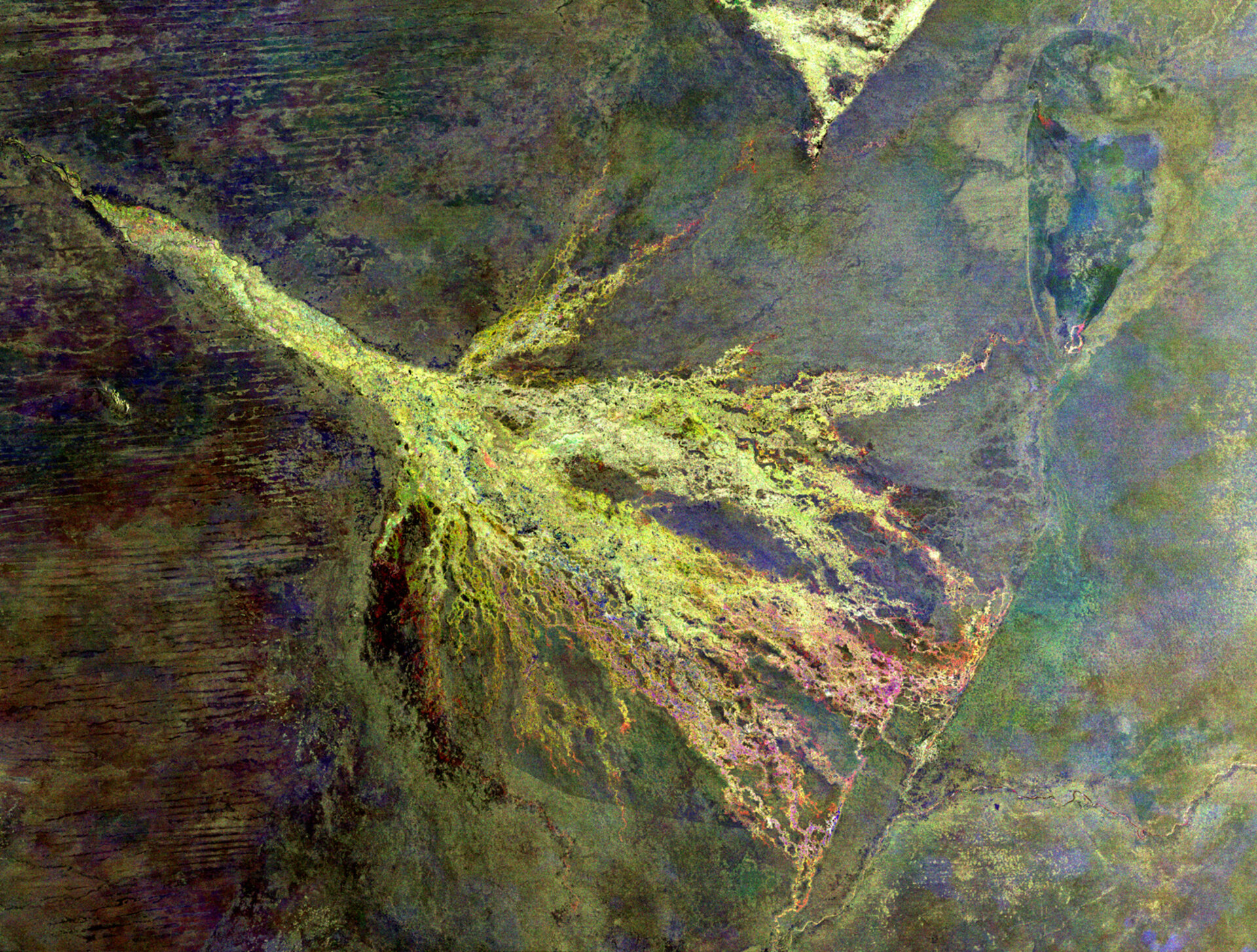 In this week’s image, we see where southwestern Africa’s Okavango River empties into the inland Okavango Delta in northern Botswana.

This area is a popular tourist destination where visitors can catch a glimpse of a variety of wildlife such as elephant, buffalo, wildebeest, giraffe, lion, hyena and rhinoceros.

The delta is fed by the Okavango River, which originates in Angola, forms part of the Angola Namibia border and then ends in northern Botswana. Here, it has formed a depression in the semi-arid Kalahari basin.

In Afrikaans, the Kalahari is called ‘Dorsland’, which means ‘thirsty land’.

The delta’s water is mostly consumed through transpiration and evaporation. A very small percentage is absorbed into the ground, while some flows into a seasonal lake.

Appearing purple at the centre of the image is Chief’s Island. This area, once the hunting ground for local tribes, is now part of the larger Moremi Game Reserve.

In the lower-right portion of the image we can see a large cluster of radar reflections from the town of Maun.

At the top of the image, a triangle with similar colouring to the delta can be seen. This is a swamp area and national park located mostly in Namibia.

This image is a compilation of three images from Envisat’s radar on 15 September 2009, 29 December 2009 and 5 October 2010 and it is featured on the Earth from Space video programme.