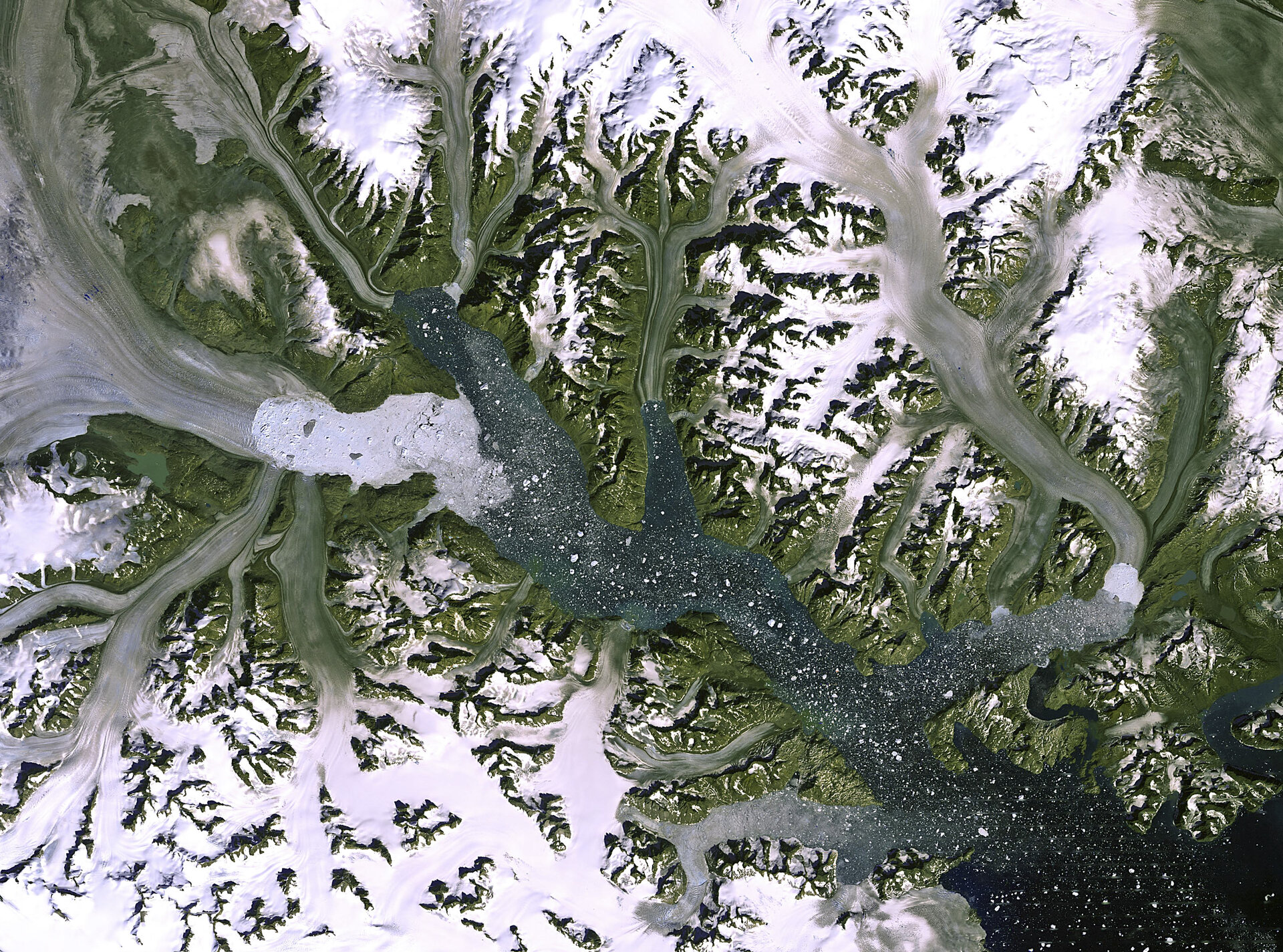 The Kangerdlugssuaq glacier and its ice stream are pictured in this week’s image.

It is the largest outlet glacier on Greenland’s east coast, discharging ice into the surrounding oceans. In this image we can see hundreds of icebergs speckling the water.

Greenland is home to one of only two ice sheets on Earth – the other in Antarctica – and is the world’s largest island.

Variations in the thickness of ice sheets can help to indicate our planet’s response to climate change, and their melting contributes to the global rise in sea level.

Earth observation satellites are key to observing these changes because they carry instruments that measure the size of the ice sheets and even acquire high-resolution images through clouds and darkness. This is particularly useful when observing these vast, inaccessible areas which are prone to long periods of bad weather and extended darkness.

A recent study based on satellite observations revealed that over the past 20 years the ice melting in Greenland and Antarctica has contributed about 11 mm to the global sea-level rise.

This image clearly shows the glacier’s calving front, where ice breaks away. Over the years, satellite images have shown that this front has retreated – an indication that the glacier is getting smaller over time.

Any increase in melting from this ice sheet can cause an influx of freshwater into the North Atlantic, weakening the Gulf Stream and potentially seriously affecting the climate of northern Europe and the wider world.

Landsat-7 imagery accounts for the largest parts of Earth’s surface displayed on web mapping services such as Google Earth and Google Maps.