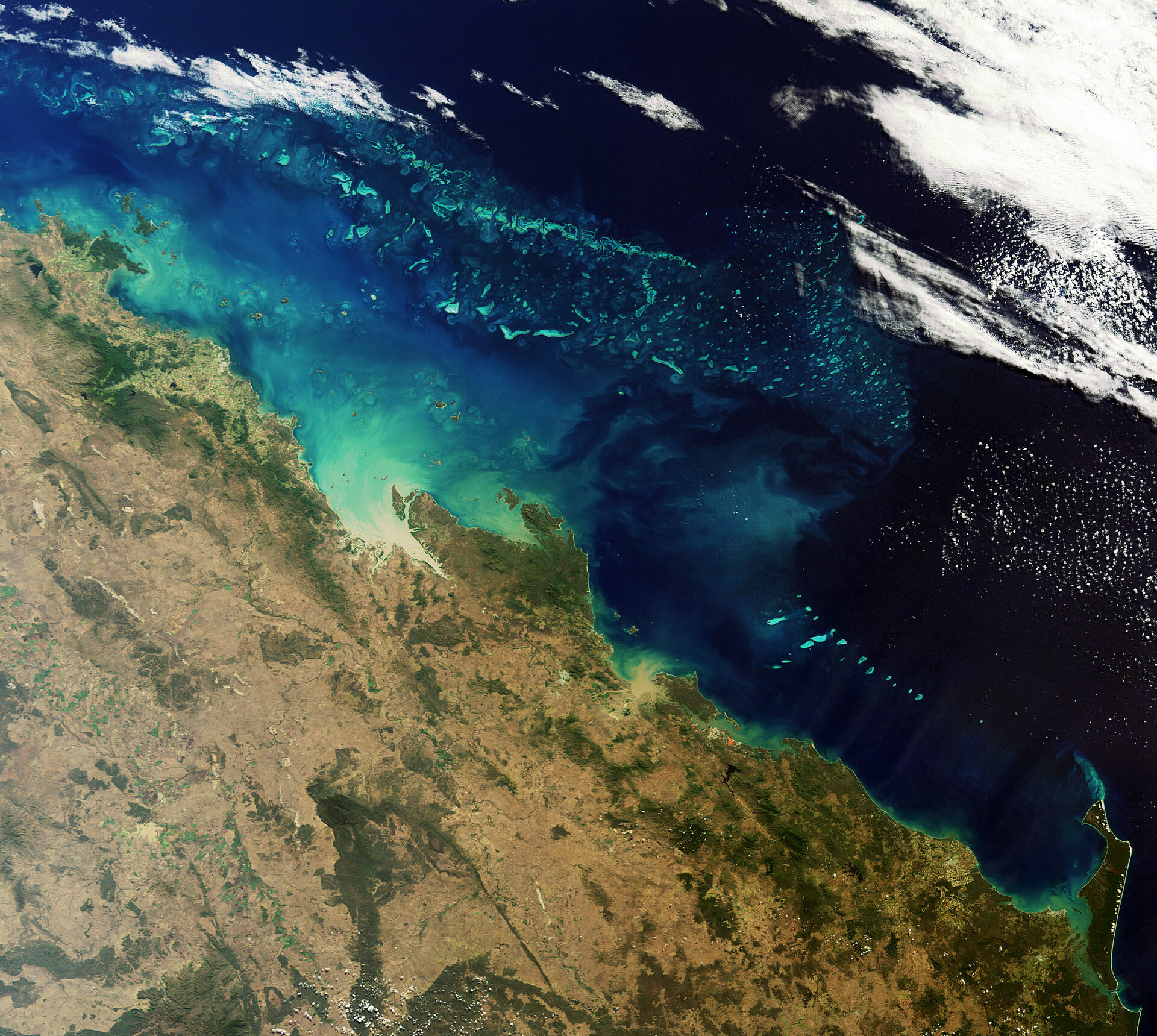 This Envisat image features part of the Great Barrier Reef off Australia’s Queensland coast. It is the world’s most protected marine area, one of its natural wonders and a World Heritage site.

Coral reefs consist of huge numbers of individual coral polyps – soft-bodied, invertebrate animals – linked by tissue. The Great Barrier Reef is an interlinked system of about 3000 reefs and 900 coral islands, divided by narrow passages, just beneath the surface of the Coral Sea.

Spanning more than 2000 km and covering an area of some 350 000 sq km, it is the largest living structure on Earth and the only one visible from space. The southern part of the reef is pictured here.

Creating conditions for coral polyps to colonise here took some time. The reef we see today originated during the last Ice Age when water from the melting ice inundated the edge of the continental shelf. It is believed to be built upon a platform from an earlier reef structure dating back some 18 000 years.

As diverse as a rainforest with numerous types of habitats, the reef hosts thousands of marine animals, including sharks, barracuda, turtles and some 1500 tropical fish species.

Fraser Island juts out into the sea (bottom right). Green and tan swirls around the coast are due to sediments being transported in the water.

This image was acquired by Envisat’s Medium Resolution Imaging Spectrometer on 8 November at a resolution of 300 m.