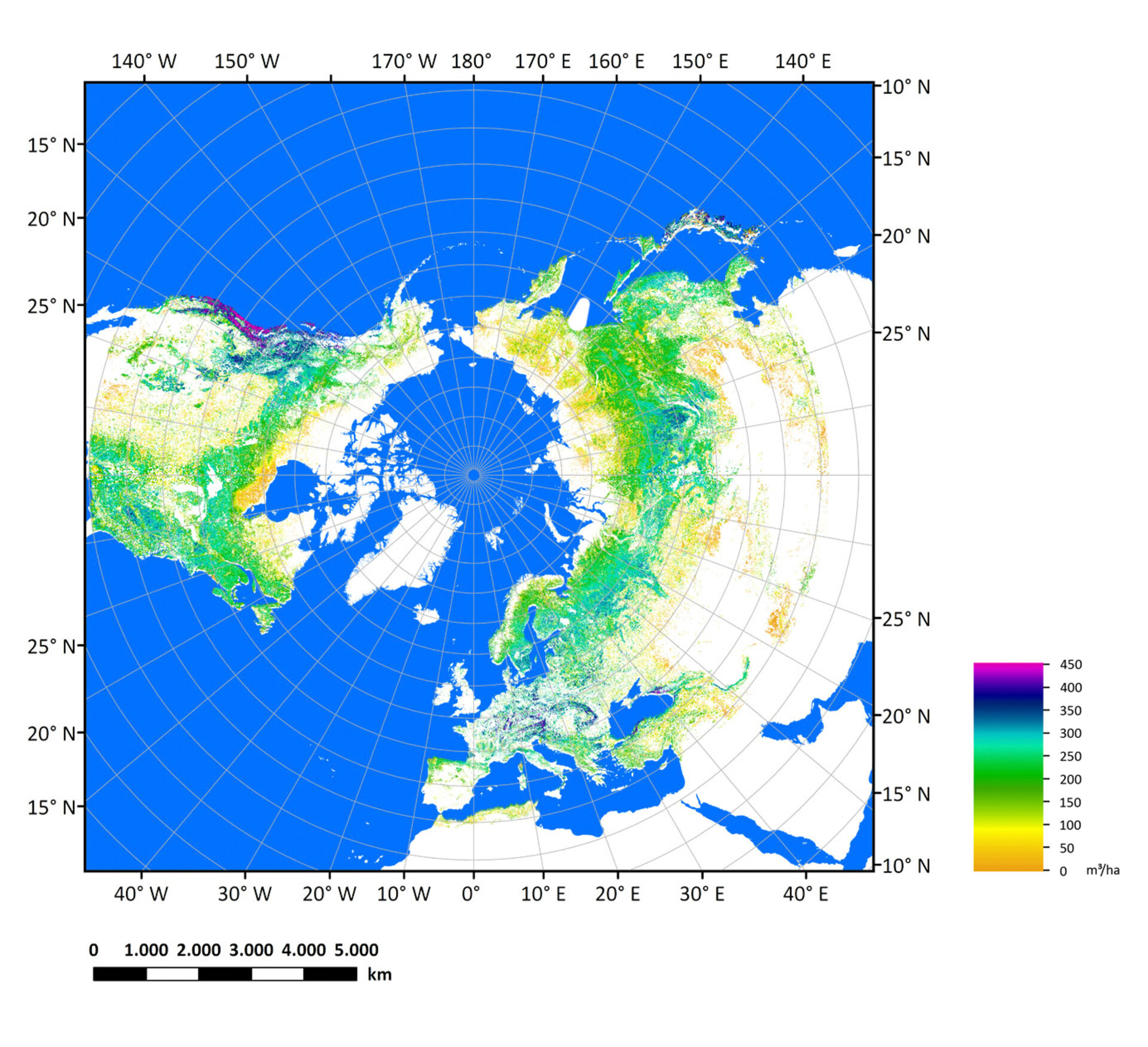 The biomass of the northern hemisphere’s forests has been mapped with greater precision than ever before thanks to satellites, improving our understanding of the carbon cycle and our prediction of Earth’s future climate.

Accurately measuring forest biomass and how it varies are key elements for taking stock of forests and vegetation. Since forests assist in removing carbon dioxide from the atmosphere, mapping forest biomass is also important for understanding the global carbon cycle.

In particular, northern forests – including forest soil – store a third more carbon stocks per hectare as tropical forests, making them one of the most significant carbon stores in the world.

With processing software drawing in stacks of radar images from ESA’s Envisat satellite, scientists have created a map of the whole northern hemisphere’s forest biomass in higher resolution than ever before – each pixel represents 1 km on the ground.

“Combining a large number of radar datasets, however, yields a greater sensitivity and gives a more accurate information on what’s below the forest canopy.”

This is the first radar-derived output on biomass for the whole northern zone using a single approach – and it is just one of the products from the Biomasar-II project.

The future Sentinel-1 mission will ensure the continuity of this kind of radar data at large, but the dedicated Biomass satellite was recently selected to become ESA’s seventh Earth Explorer mission. The mission is set to provide an easier and more accurate way to monitor this precious resource regularly.

The Biomass satellite will complement the Biomasar results, especially for tropical regions.

“Even our new, hyper-temporal approach is not able to penetrate dense multistorey canopies of rainforests with Sentinel-1 or Envisat’s radars. Here, longer wavelengths are indeed needed,” says Prof. Christiane Schmullius from the University Jena, Biomasar coordinator.

The Biomass satellite will deliver, for the first time from space, radar measurements at a wavelength of around 70 cm to delve below the treetops. It will also monitor forest disturbance and regrowth.