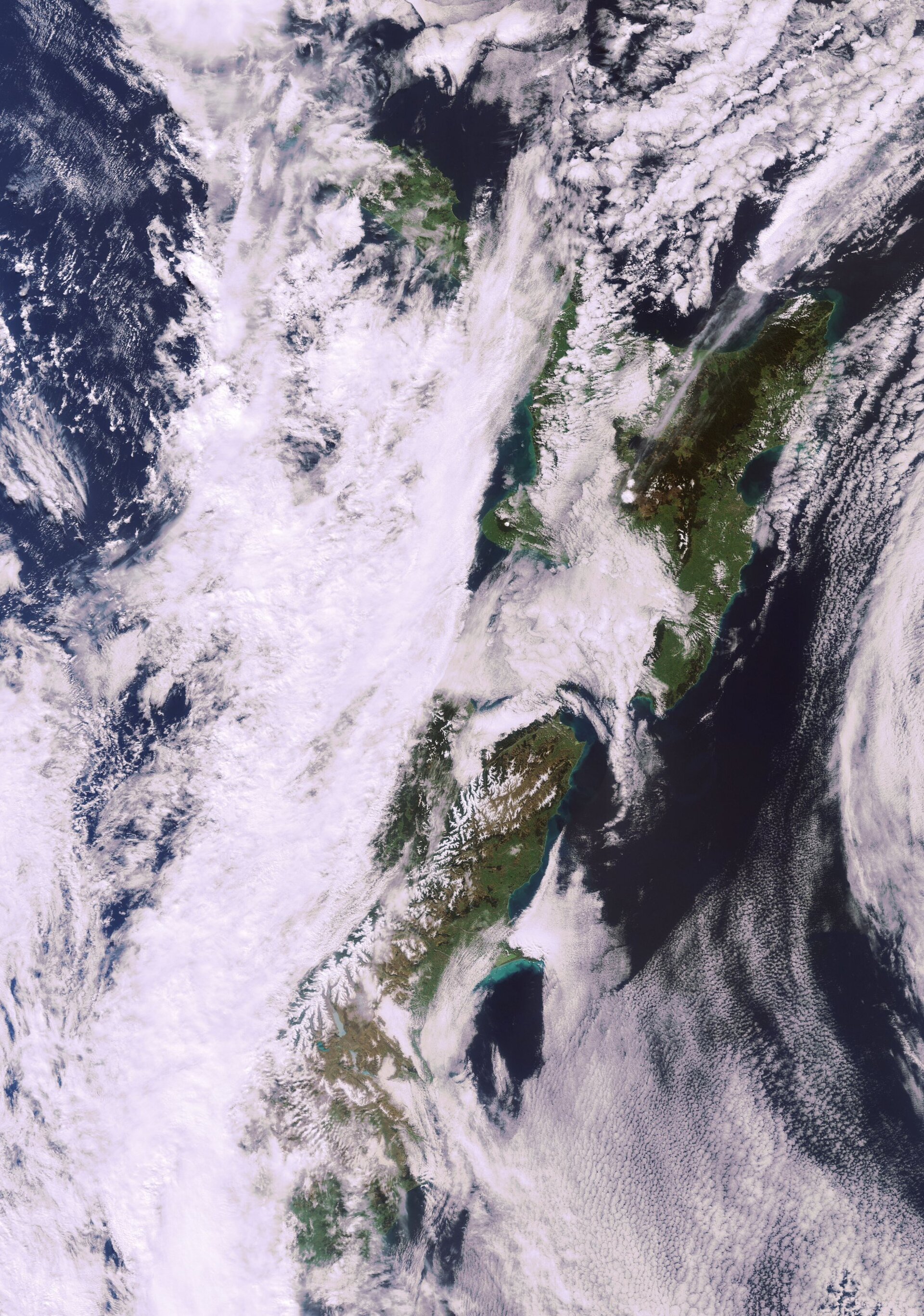 Envisat orbits our planet every 100 minutes, speeding along at more than seven kilometres per second.

During this milestone spin around the world on 22 September, the satellite passed from the Arctic to the Antarctic, catching glimpses of northern Greenland and New Zealand.

Launched on 28 February 2002, the lorry-sized Envisat is the largest Earth observation satellite ever built.

It is also the world’s most complex environmental satellite, with ten different instruments studying Earth’s land, oceans and atmosphere.

They include the Medium Resolution Imaging Spectrometer, which captures images of ocean colour and land cover, like the above scene of New Zealand.

The Advanced Synthetic Aperture Radar can be used day or night because it can see through clouds and darkness. This is particularly useful over polar regions, which are prone to long periods of bad weather and extended darkness.

Trace gases in the troposphere and stratosphere are measured globally by the Sciamachy imaging spectrometer, yielding maps of air pollution such as carbon dioxide, methane and nitrogen dioxide.

Nitrogen dioxide – a mainly man-made gas – can cause lung damage and respiratory problems.

It also plays an important role in atmospheric chemistry because it leads to the production of ozone in the troposphere, the lowest part of the atmosphere.

Envisat’s Michelson Interferometer for Passive Atmospheric Sounding monitors gases and pollutants. As one of three atmospheric instruments, it can map the levels of more than 20 trace gases, including ozone, as well as the pollutants that attack ozone.

The sensor is particularly useful for tracking the ozone hole over the Antarctic.

Other Envisat instruments include the Radar Altimeter, which measures surface height to an accuracy of a few centimetres, and the Advanced Along-Track Scanning Radiometer, which records global ground and sea-surface temperatures.