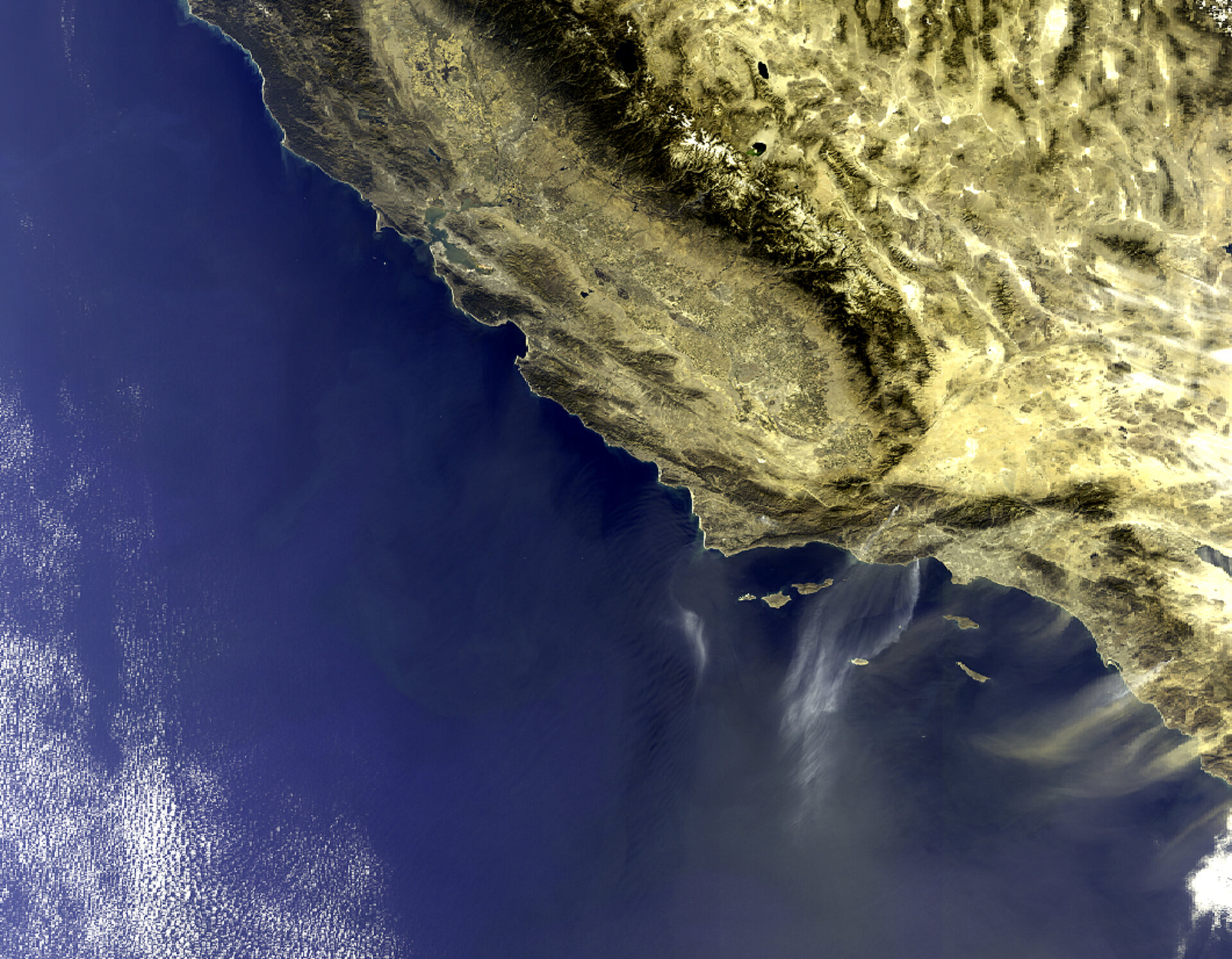 This Envisat image captures the smoke arising from raging wildfires burning in Los Angeles, California. Nearly a dozen wildfires driven by strong easterly winds ripped across Southern California on Sunday, killing one person and forcing thousands to evacuate their homes.

A state of emergency has been declared in seven counties hit by the blazes: Los Angeles, San Diego Orange, Riverside, San Bernardino, Santa Barbara and Ventura.