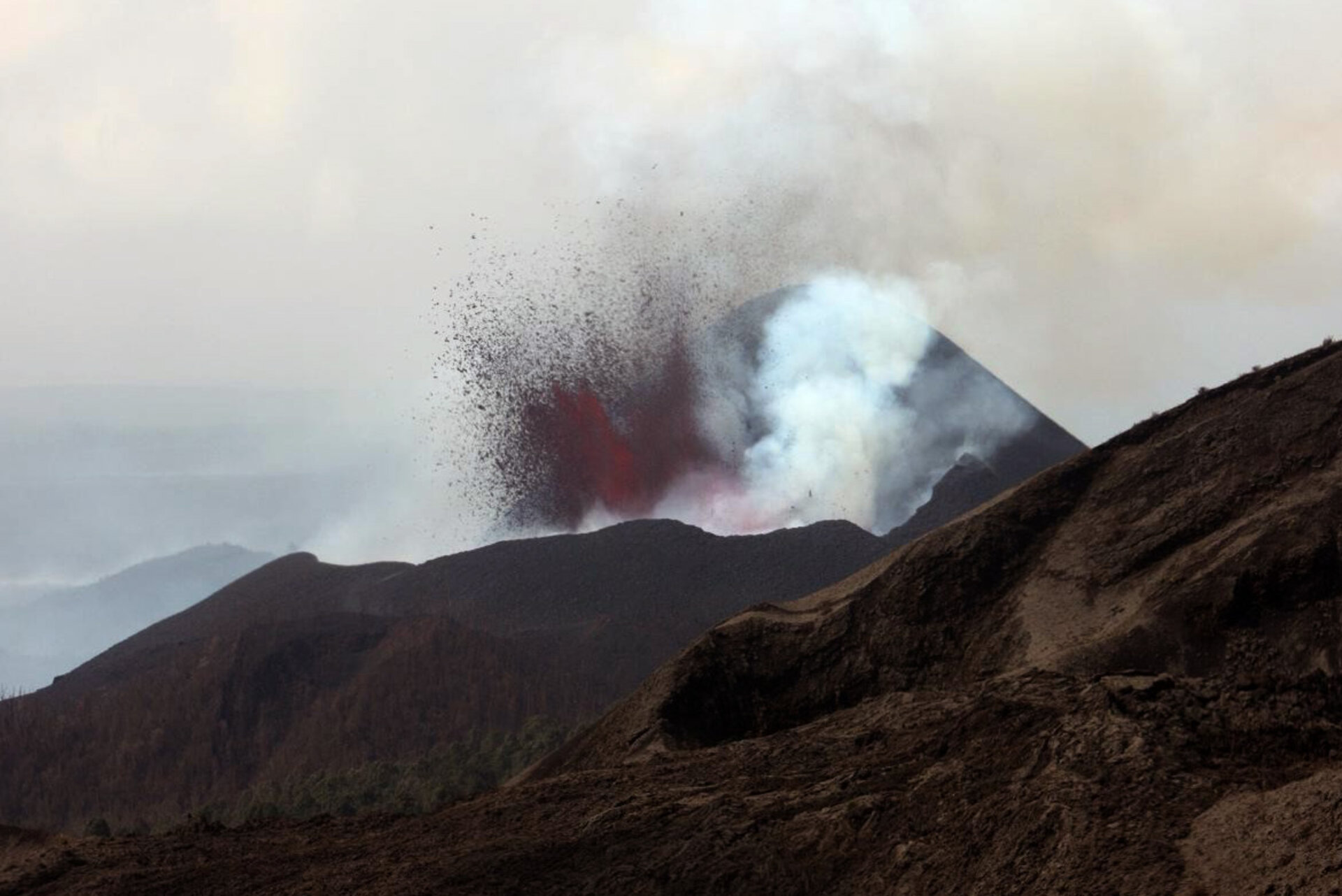 On 2 January, Mount Nyamulagira in the Democratic Republic of Congo erupted, spewing lava from its southern flank and raising concerns that the 100 000 people in the town of Sake could be under threat.

Fears were also triggered in Goma as rumours circulated that an eruption was imminent at the nearby Nyiragongo volcano, which devastated the city in 2002.

Following the eruption, scientists and local authorities have been using a long series of space images from ESA’s Envisat, together with seismic and helicopter data, to monitor the situation and calm fears of the local population.

Dr Nicolas d’Oreye of GORISK, which is in Congo assisting the Goma Volcano Observatory to collect and process satellite observations and field data, said the satellite images are very useful for managing the crisis.

"As well as helping to validate information from different datasets, the satellite images are providing invaluable information about the situation, such as the details about the lava flow and the fact that the Nyiragongo volcano is not showing any signs of abnormal activity.

"This has been of great importance for the local authorities and the Goma Volcano Observatory, who are holding daily crisis meetings, to reassure the local population and humanitarian agencies that Nyiragongo will be unaffected by the eruption of Nyamulagira."

Goma, the capital of the North Kivu province, is situated along the southern margin of the lava fields from these volcanoes. Lava from the Nyamulagira (height 3058 m) eruption has been flowing in a direction south and southwest of the volcano, raising concerns that lava could cover the Goma and Sake road within weeks, causing widespread chaos and threatening the local economy.

"Lava flows from Nyamulagira are usually not a direct threat for the population and the infrastructure except when it develops southwards, as it is in this case," explained Dr d’Oreye, a senior scientist at the Geophysics/Astrophysics Department of the National Museum of Natural History in Luxembourg. "In this situation, it is crucial to monitor the flow size, direction and speed for the authorities to be able to make timely decisions."

Lava flows can be mapped by comparing satellite radar images acquired before and after the eruption. In the images, old lava appears bright white. If an area appears white in before images and black in after images, then the ground has changed between acquisitions by the flow of new lava.

By comparing images acquired over the area before and after the eruption by the Advanced Synthetic Aperture Radar (ASAR) on Envisat, the GORISK team was able to detect a lava flow in the main caldera and one of the paths of the flows.

Although scientists are not worried about the lava flow reaching Lake Kivu during this eruption, they continue to observe the situation. If lava were to flow into the lake, as has occurred several times in the recent past, there is a small chance that it might trigger the gas (mainly carbon dioxide and methane) in the lake to release quickly.

This mixture could create a flammable cloud with possible catastrophic consequences, as in 1986 when Lake Nyos in Cameroon released a cloud of gas that killed more than 1700 people. Scientists think lava flows that reach the lake after 20 km are not harmful for the lake itself.

To learn how the ground deformed during the volcanic eruption, the team used a technique called 'SAR interferometry', or InSAR, to construct an 'interferogram' image by analysing the differences between two radar signals taken over the same area on Earth at different times.

The first interferogram processed after the onset of the eruption, based on data from 7 December 2009 and 8 January 2010, shows the ground deformation due to the eruption. A complete set of coloured bands, called 'fringes', represents ground movement relative to the spacecraft of 2.8 cm in the case of Envisat's ASAR.

The team has been systematically monitoring the area by InSAR since 2005 and continues to acquire about six new SAR scenes per month. The thousands of interferograms computed by the team so far have provided a detailed picture of the site and afforded experience in distinguishing real ground deformation from possible artefacts.

The InSAR technique was also applied to data over Mount Nyiragongo to determine whether there were any signs of activity at the volcano.

In order to evaluate the level of risk and increase their knowledge of volcanoes, volcanologists need continuous data over long periods. In some cases, only a satellite is capable of providing this, because some areas are inaccessible or too dangerous to be approached. For instance, to reach Mount Nyamulagira by ground scientists would have to travel through dense tropical forests in a region where rebel forces are present.

Envisat can supply this much-needed information and provide accurate maps of areas at risk. Continuously gathered satellite data can be used to assess risk and detect the slight signs of change that may foretell an eruption.

When an eruption begins, optical and radar instruments can image the various phenomena associated with it, including lava flows, mud slides, ground fissures and earthquakes. Atmospheric sensors can identify the gases and aerosols released by the eruption, and quantify their wider environmental impact.

The GORISK project, funded by the Belgian Science Policy Office and the National Research Fund of Luxembourg, aims to improve and implement techniques dedicated to studying and monitoring the Nyamilagira and Nyiragongo volcanoes through space- and ground-based observations.

SAR images are provided as part of ESA category-1 projects through which the team also ensures the systematic monitoring of other volcanic areas in Cape Verde, Cameroon and Tanzania.

"This eruption is a good exercise for a potential eruption of Nyiragongo, which is the major concern for the city of Goma and its 800 000 inhabitants," Dr d’Oreye said.