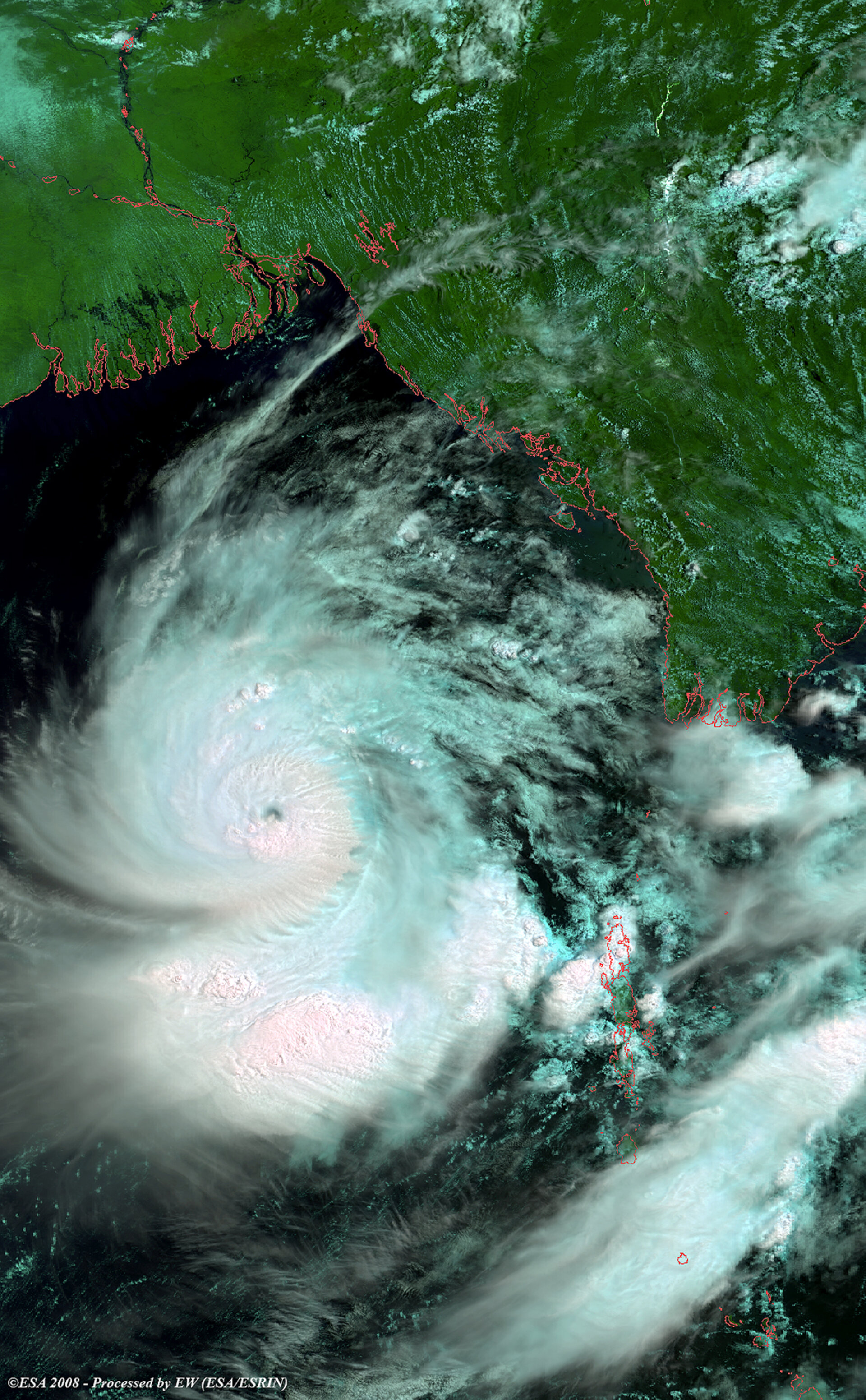 Envisat captured Cyclone Nargis making its way across the Bay of Bengal just south of Myanmar on 1 May 2008. The cyclone hit the coastal region and ripped through the heart of Myanmar on Saturday, devastating the country.

On 4 May, the United Nations Office for the Coordination of Humanitarian Affairs (OCHA) asked the International Charter on 'Space and Major Disasters' for support. The initiative, referred to as ‘The Charter’, was founded in October 2000 by ESA, the French space agency (CNES) and the Canadian Space Agency (CSA). It is aimed at providing satellite data free of charge to those affected by disasters anywhere in the world.

With inundated areas typically visible from space, Earth Observation (EO) is increasingly being used for flood response and mitigation. One of the biggest problems during flooding emergencies is obtaining an overall view of the phenomenon, with a clear idea of the extent of the flooded area.

The series of Envisat radar images highlights the extent of flooding in the Irrawaddy delta caused by the cyclone. Envisat’s Advanced Synthetic Aperture Radar (ASAR) acquired the image on the left on 5 February 2007, and the image on the right on Monday (5 May 2008).

The left image shows the situation approximately one year ago. The black and dark areas in the image on the right indicate areas potentially still flooded two days after the event. ASAR data are especially well suited for delivering information on floods, which are usually accompanied by rain and therefore cloudy conditions. Radar sensors can peer through clouds, rain or local darkness and are especially sensitive to moisture on the ground.

The recent image was delivered in Near Real Time and processed to correlate to the previous image. Both images have a 75 m pixel grid on the ground and show an area approximately 100 km wide.

To learn more about the Charter, including past and recent activations, please visit the Charter website (see link on right bar).