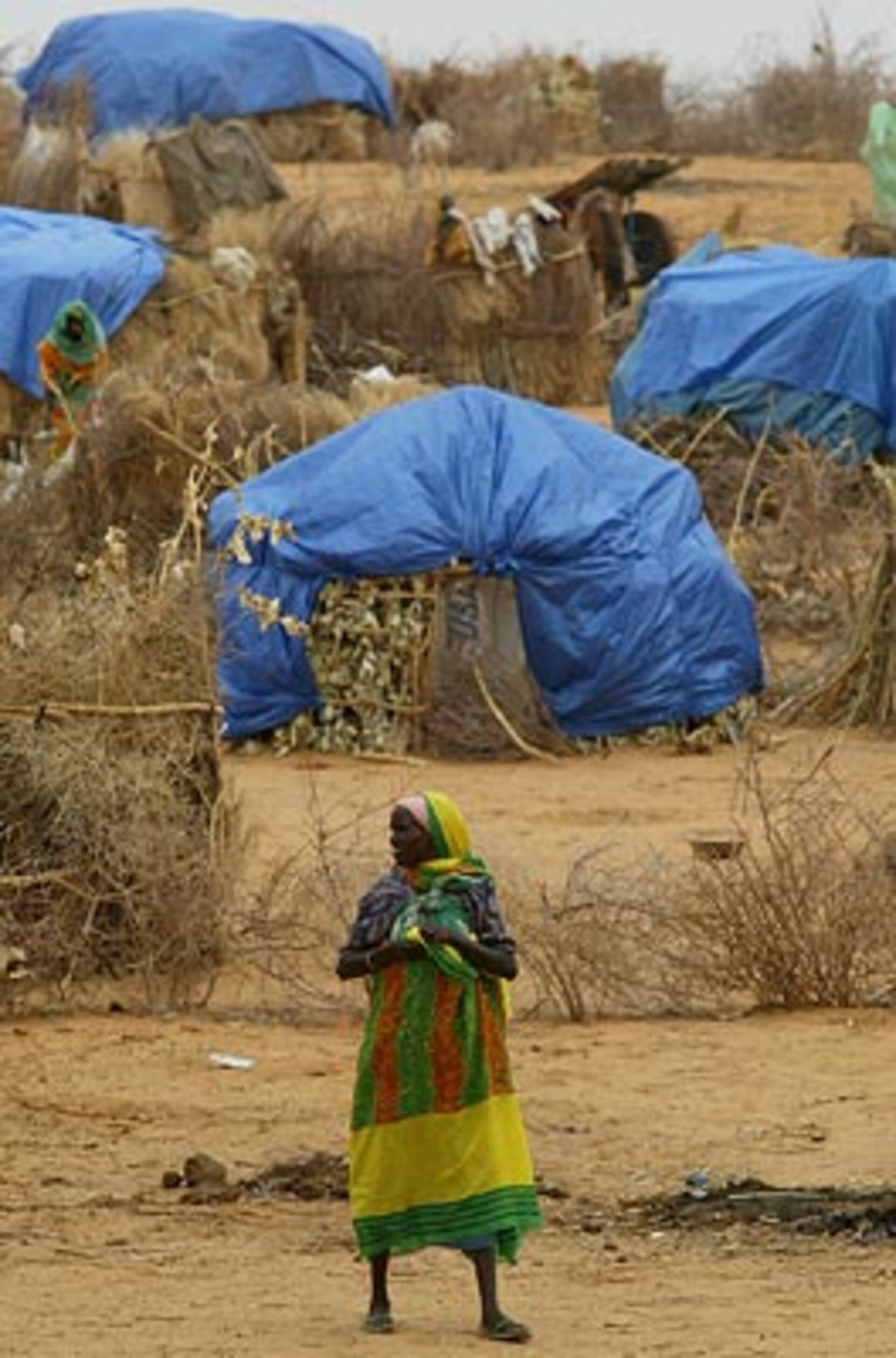 It is hard to overstate the scale of the humanitarian emergency unfolding in Sudan's strife-torn Darfur region: by current estimates there are 1.45 million people displaced from their homes across an area the size of France. However, images from space are assisting aid workers as they cope with the crisis.

An ESA-supported consortium called Respond is supplying Earth Observation-derived maps and other geographical information products direct to users in the field including the German Red Cross (DRK), the United Nations Office for the Coordination of Humanitarian Affairs (UN OCHA) and the German federal disaster relief agency Technisches Hilfswerk (THW).

The Respond team made use of ten different sensors from nine separate spacecraft, including instruments on ESA's Envisat satellite - the Advanced Synthetic Aperture Radar (ASAR) and the Medium Resolution Imaging Spectrometer (MERIS), with imagery delivered in near-real time.

"The start of Sudan's rainy season in August made a bad situation worse," said Kader Fellah of Strasbourg-based firm SERTIT, which provides Respond's rapid mapping capacity jointly with the Centre for Satellite-based Crisis Information (known in its German initials as ZKI) of the German Aerospace Centre (DLR).

"Roads in the region were inundated as wadis – normally dry desert riverbeds – were flooded, crippling communication links in remote areas. Some agencies reported it could take as long as ten days to travel 120 kilometres by road. What aid workers needed was up-to-date road network information combined with analysis of wadi flooding."

"Envisat's ASAR identifies roads well, shows land relief and is sensitive to the presence of water. Backed up with optical data from satellites such as SPOT-5 we could use ASAR data to show which roads were most likely to still be passable. Our rapid mapping service means that map products are produced within 12 hours of satellite image acquisition."

Rainy season conditions were such that the Charter on Space and Major Disasters was activated in mid-August, and on this basis SERTIT and ZKI provided additional flood map products delivered to humanitarian workers and relief crews active in the area.

"The Darfur emergency has been the first time that SERTIT and ourselves have worked together on a large scale," explained Torsten Riedlinger of ZKI. "Our Centre has experience in crisis and damage monitoring going back to Kosovo in 1999, with the focus within Respond being very much on humanitarian relief."

"So the information we are supplying to non-governmental organisations (NGOs) on the ground enables them to intervene more effectively, showing where the internally displaced person camps are located and how best to get to these camps."

The UK based Geo-Information Company Infoterra, which leads the Respond team, added their service supply capacity to the problem and produced 1:200 000 mapping that aids strategic planning and route selection. Senior geo-analyst, Alex Irving explained: "Before we provided this mapping DRK were crossing the same wadi two or three times in their efforts to find a route between population centres, causing severe delays to aid shipments".

A variety of different topographic and thematic maps have been delivered to users, their scale ranging from 1: 200 000 for reconnaissance and route planning, down to 1: 2000 products that map individual tents within individual camps and clinics.

To create them, all available data sources are combined together – very-high resolution optical imagery from SPOT-5 or equivalent satellites along with radar data from Envisat and Radarsat.

Very high-resolution satellite imagery has been specifically used for camp and urban clinic mapping around Al Fashir, the capital of north Darfur state and distribution point for food and supplies.

"The displaced populations often live in concentrated areas and small houses or tents," explained Herbert Hansen of Keyobs a Belgian firm carrying out mapping services for development and humanitarian projects. "The use of very high resolution imagery was needed to provide detailed mapping and analysis of the situation. This confirmed our past experiences with Médecins Sans Frontières and the International Committee of Red Cross who have already demonstrated their interest in this type of data."

One crucial Respond asset has been its capacity to mobilise Earth Observation service providers to swiftly meet the operational demands of user organisations on the ground. In Sudan the vital go-between has been UNOSAT, a United Nations-run procurer of geographical information products for humanitarian aid and development purposes that is a member of the Respond consortium.

UNOSAT ensures the timely delivery of all results to the appropriate users – from the United Nations to individual Non Governmental Organisations (NGOs) – and in particular to the UN OCHA's Humanitarian Information Centre (HIC) in the Sudanese capital Khartoum.

"Generating good quality maps and crisis information using state of the art technologies is an achievement but the real success of the project has been to engage players active locally in order to effectively pass the products on to humanitarian aid groups working within Darfur", explained Andrew Alspach of the HIC.

As a result of the engagement of UNOSAT and UN HIC, the link with end users could be made, and maps and assistance continue to be provided those who require them.

A spokesman from the United Nations Joint Logistic Centre (UNJLC) explained: "The vegetation imagery and processing provided by UNOSAT and Respond was essential to conduct spatial analysis and assign cooking fuel priorities to settlements and IDP (Internally Displaced Persons) camps."

Once completed, the maps are distributed through the internet, for use in the field either in electronic or printed-out form. The mapping unit of the UN HIC also receives the map components so they can include them in any maps they produce locally. The Respond consortium partner AlertNet is particularly valuable as a channel to some 300 NGO partner organisations.

A total of eight industrial partners from five countries are working within the Respond consortium. Respond was set up in February this year as an operational service to supply Earth Observation-based geo-information products in support of humanitarian operations worldwide.

It is part of a suite of space-based services developed as ESA's initial contribution to its Global Monitoring for Environment and Security (GMES) initiative. Run jointly with the European Commission, GMES is a wide-ranging plan to provide Europe with an independent global monitoring capability. The ongoing Darfur crisis represents Respond's first full-scale operation.