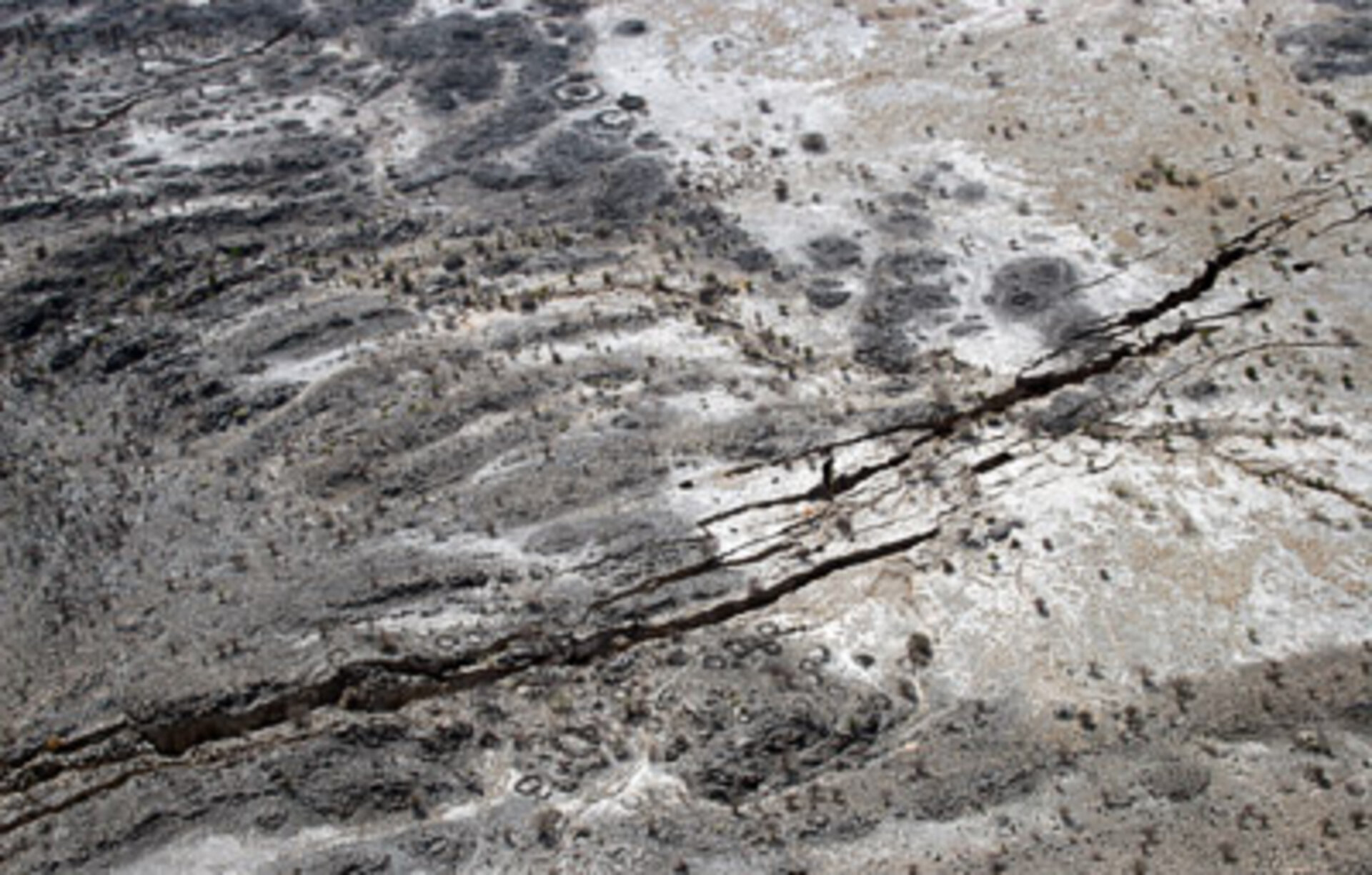 Scientists say the recent tear in the Earth's continental crust near the Red Sea in Africa’s Afar desert could isolate Ethiopia and Eritrea from the rest of Africa and could eventually form a new ocean, according to an article published today in the journal Nature.

In September 2005, the Earth split apart along a 60 kilometre section of the East African Rift in Afar, Ethiopia. By monitoring Envisat satellite radar data acquired over the area before and after the event, a team of scientists from the UK, U.S. and Ethiopia has determined the 8-metre rift developed along the 60 kilometre-long stretch of the rift in just three weeks.

"Because Envisat is routinely acquiring data in areas prone to earthquakes and volcanic eruptions, we were able to make very precise measurements of this rare phenomenon for the first time. The results from Envisat have been vital for guiding our ongoing field studies, and without the satellite data we would have had no idea of the scale of this event," Tim Wright of the University of Leeds and lead author of the study told ESA.

The use of Envisat data to monitor the rift marks the first time scientists have been able to analyse the spreading process with satellite instruments and shows the process happened suddenly rather than smoothly during large rupture events. These observations also allowed the scientists to determine that the Earth’s tectonic plates split apart due to the injection of magma (molten rock).

"It is clear that the rise of molten rock through the plate is enabling the break up of Africa and Arabia," Wright said.

This process began some thirty million years ago when lava rose from beneath the Earth’s crust and separated the Arabian Peninsula from Africa, creating the Red Sea. This is one of the few areas on Earth where a continent is being actively separated by the ongoing forces of plate tectonics and is believed to be a similar tectonic process to the one that formed the Atlantic Ocean.

The study says the African and Arabian tectonic plates are moving apart at about the same speed fingernails grow (a few centimetres per year).

"We don't know if an ocean will eventually be formed here, but the prospects are good," Wright said. "It just may take a million years before the port can be built."