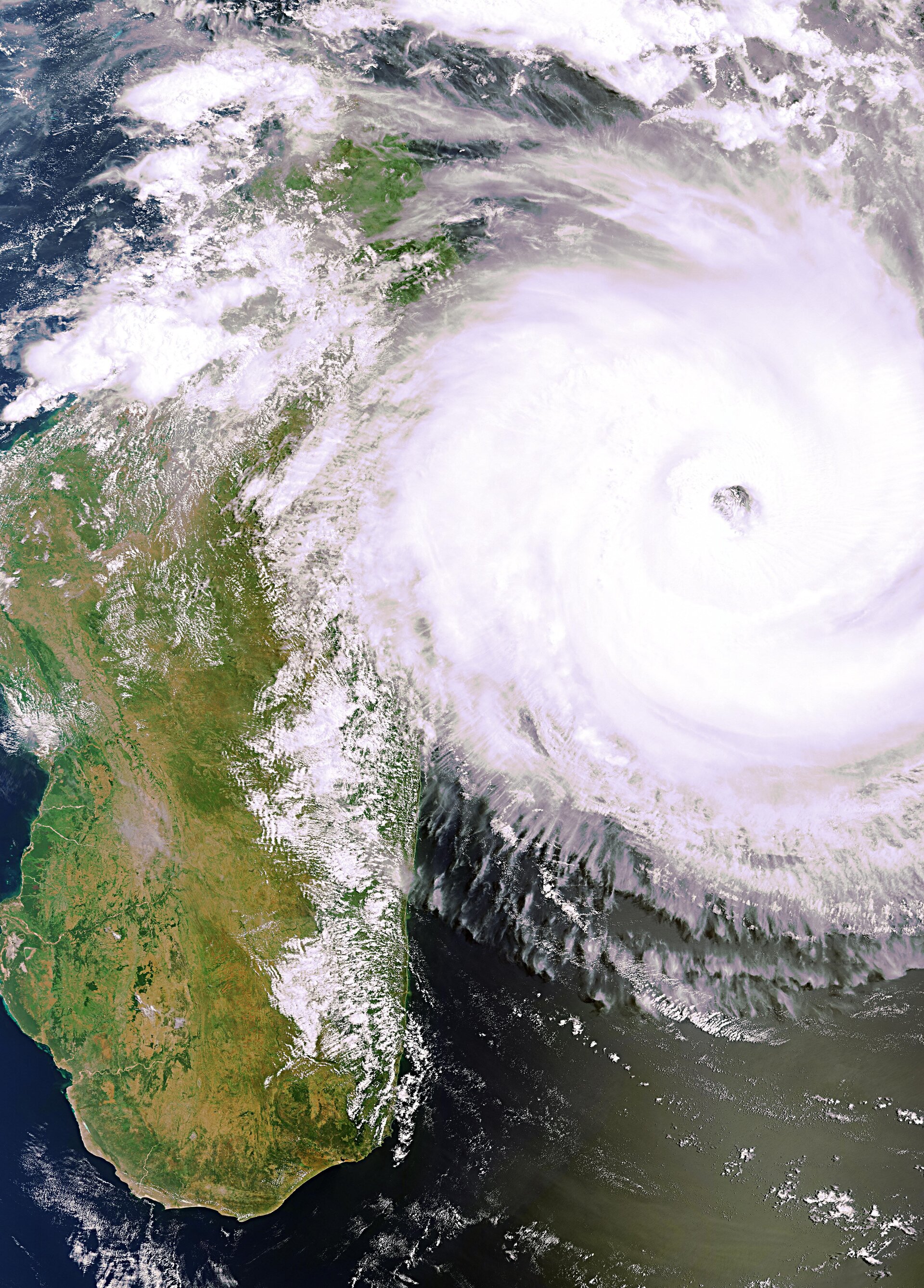 ESA’s Envisat satellite has captured images of Tropical Cyclone Giovanna as the storm hit the west coast of Madagascar this morning, bringing certain devastation to the island.

Giovanna formed over the southern Indian Ocean on 9 February. Gathering strength, it moved westwards and developed into a tropical cyclone. With wind speeds of over 100 km/hr, this powerful storm reached Madagascar this morning.

This image was recorded by Envisat’s MERIS instrument around 06:30 GMT.

Tropical cyclones are large powerful storms that rotate around a central area of extreme low pressure. They arise in warm tropical waters that transfer their heat to the air.

The warmed air rises rapidly, in the process creating low pressure at the water surface. Winds begin rushing inwards and upwards around this low-pressure zone.

Giovanna is likely to lose strength as it passes over the mountains of Madagascar, but there are fears that it could bring flooding to Mozambique further west.