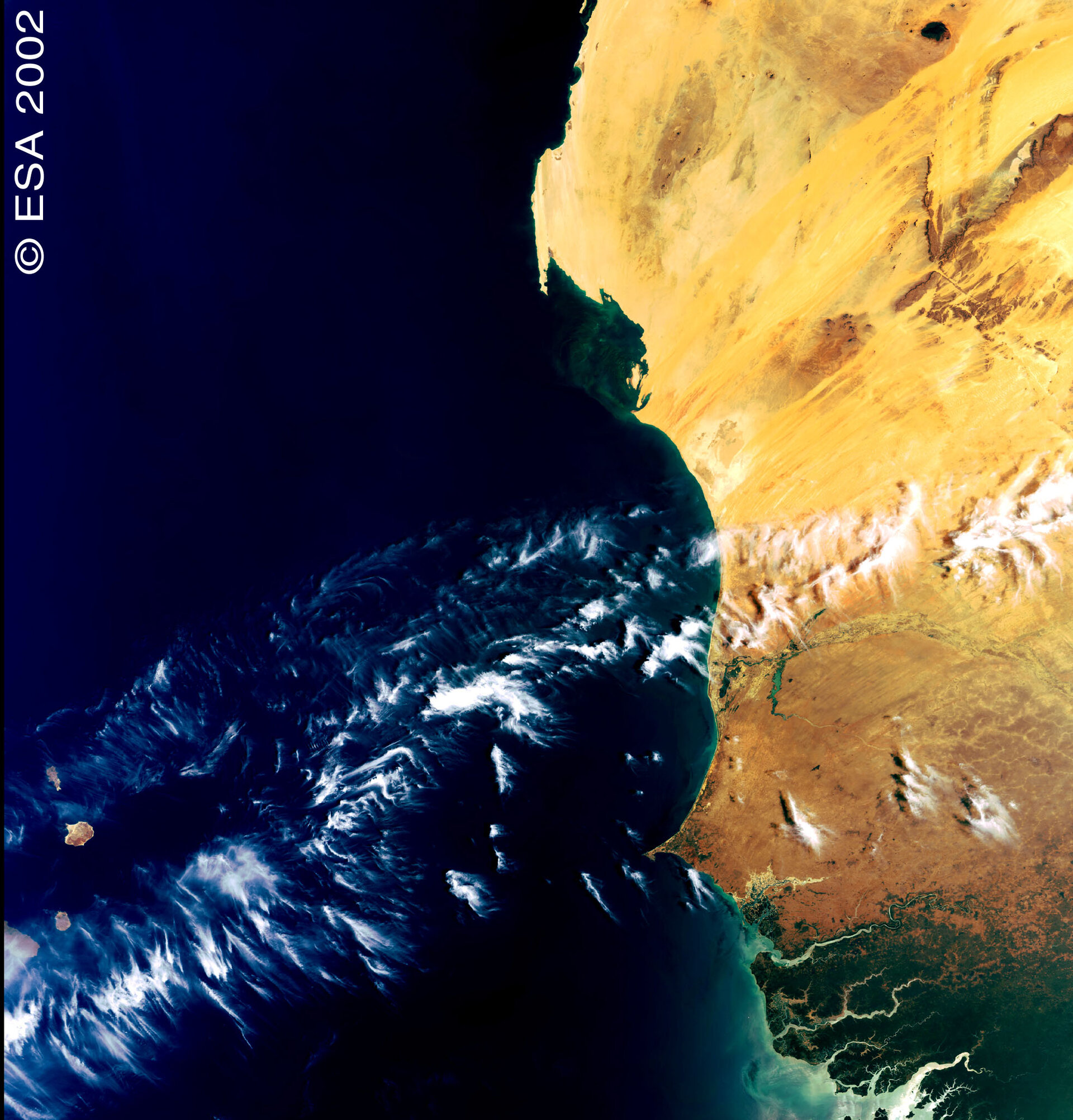 West Africa’s coast along the Atlantic Ocean is pictured in this first image from Envisat’s MERIS instrument nearly a decade ago.

This week, Envisat celebrated ten years in orbit. The Medium Resolution Imaging Spectrometer – or MERIS – on board the satellite was developed to measure sea colour in oceans and coastal areas, although it has been used for a variety of additional applications over the years.

The first batch of data from the satellite in March 2002 was acquired via the Kiruna station in Sweden and processed at ESA’s ESRIN establishment in Italy and other centres throughout Europe.

In this first image from MERIS on 22 March 2002, a very dry desert directly borders the ocean teeming with life. To the south, a high concentration of phytoplankton was detected along the coasts of Senegal, the Gambia and Guinea-Bissau.

Small, single-celled phytoplankton play a key role in the marine food chain. They convert sunlight, carbon dioxide and nutrients into carbohydrates on which nearly all life in the ocean depends.

In most parts of Earth’s oceans, phytoplankton concentration is extremely low. However, in ‘upwelling areas’ like the one pictured here, the ocean becomes rich in minerals from the mixing of surface waters with deeper waters.

The most important fishing grounds can be found in these upwelling areas. Climate change has an effect on the intensity and geographical position of these areas, which, in turn, has important consequences for the fishing industries and those who depend on them.

Also evident in this image is the transition from the dry desert lands in the north through the savannah and to tropical vegetation in the south, which receives more rainfall. MERIS can monitor land use that leads to increased erosion and soil loss.