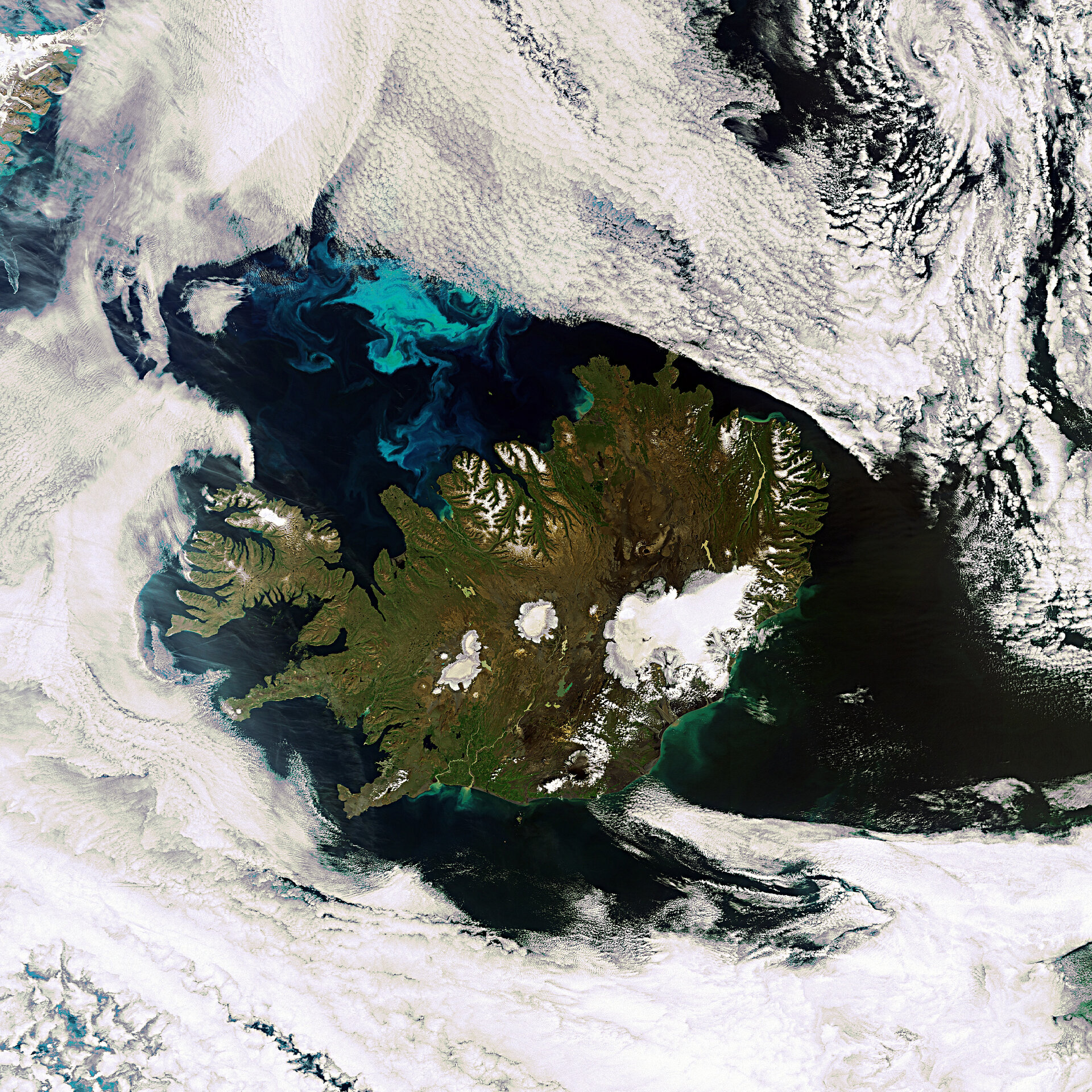 This Envisat image shows us a very rare, cloud-free view of Iceland. Located in the North Atlantic Ocean east of Greenland and immediately south of the Arctic Circle, Iceland is the westernmost European nation, and has more land covered by glaciers than the whole of continental Europe.

The large, white area is a national park that encompasses the Vatna Glacier – Europe’s largest – and surrounding land.

In addition to glaciers and volcanoes, the island is home to lakes, lava and more than 800 hot springs.

Iceland owes its intense volcanic activity to its location on the mid-Atlantic Ridge, where two tectonic plates are moving away from each other.

The brown terrain of the island’s interior is known as the Highlands of Iceland. This is a mostly uninhabitable volcanic desert where rain and snow enters the ground so quickly that the water is unavailable for plant growth.

Iceland’s coastline is nearly 5000 km long, winding in and out of glacial inlets – fjords.

This image was acquired on 21 July 2010 by Envisat's Medium Resolution Imaging Spectrometer.