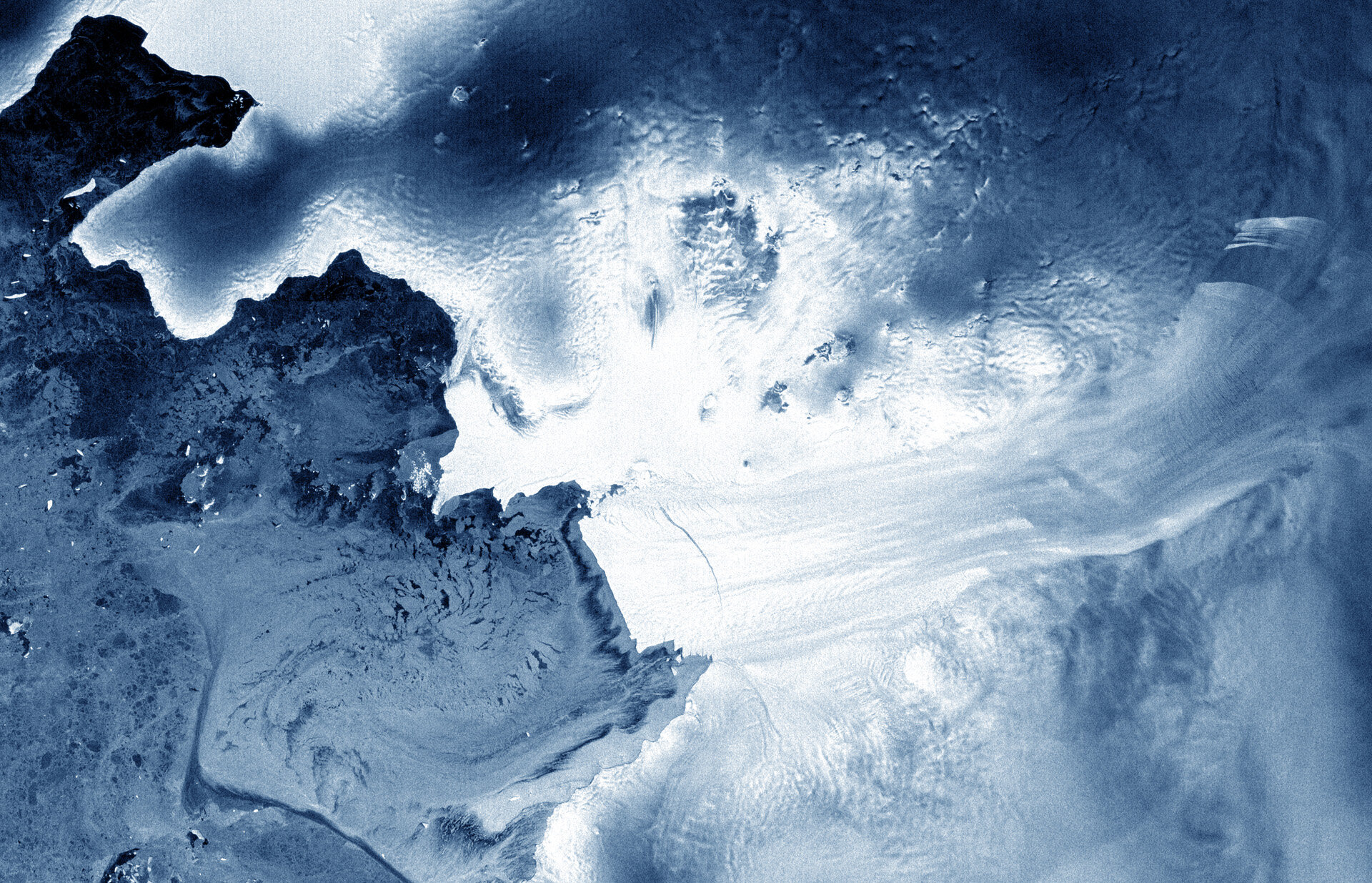 This image from the Envisat satellite shows the Pine Island Glacier in West Antarctica.

Pine Island is the largest glacier in the West Antarctic Ice Sheet and one of the fastest ice streams on the continent, flowing into Pine Island Bay in the Amundsen Sea.

Ten percent of the West Antarctic Ice Sheet drains out to the sea by way of this glacier.

Scientists have found that the flow of Pine Island, along with other ice streams in Antarctica such as the nearby Thwaites Glacier, has accelerated in recent years. A melting of these two glaciers alone would contribute to global sea-level rise of over a metre.

The image reveals a crack in the glacier’s tongue about 25 km long.

Envisat saw a similar crack in 2007 which then gave birth to a new iceberg 34 km long and 20 km wide.

Iceberg calving occurs in Antarctica each year and is part of the natural lifecycle of the ice sheet.

This image was acquired by Envisat’s radar on 6 April 2012, just two days before contact with the satellite was lost.

Over its ten-year lifetime, Envisat’s radar imagery was constantly used to monitor ice in the Antarctic. Satellite radars are particularly useful over polar regions because they can see through clouds and darkness.