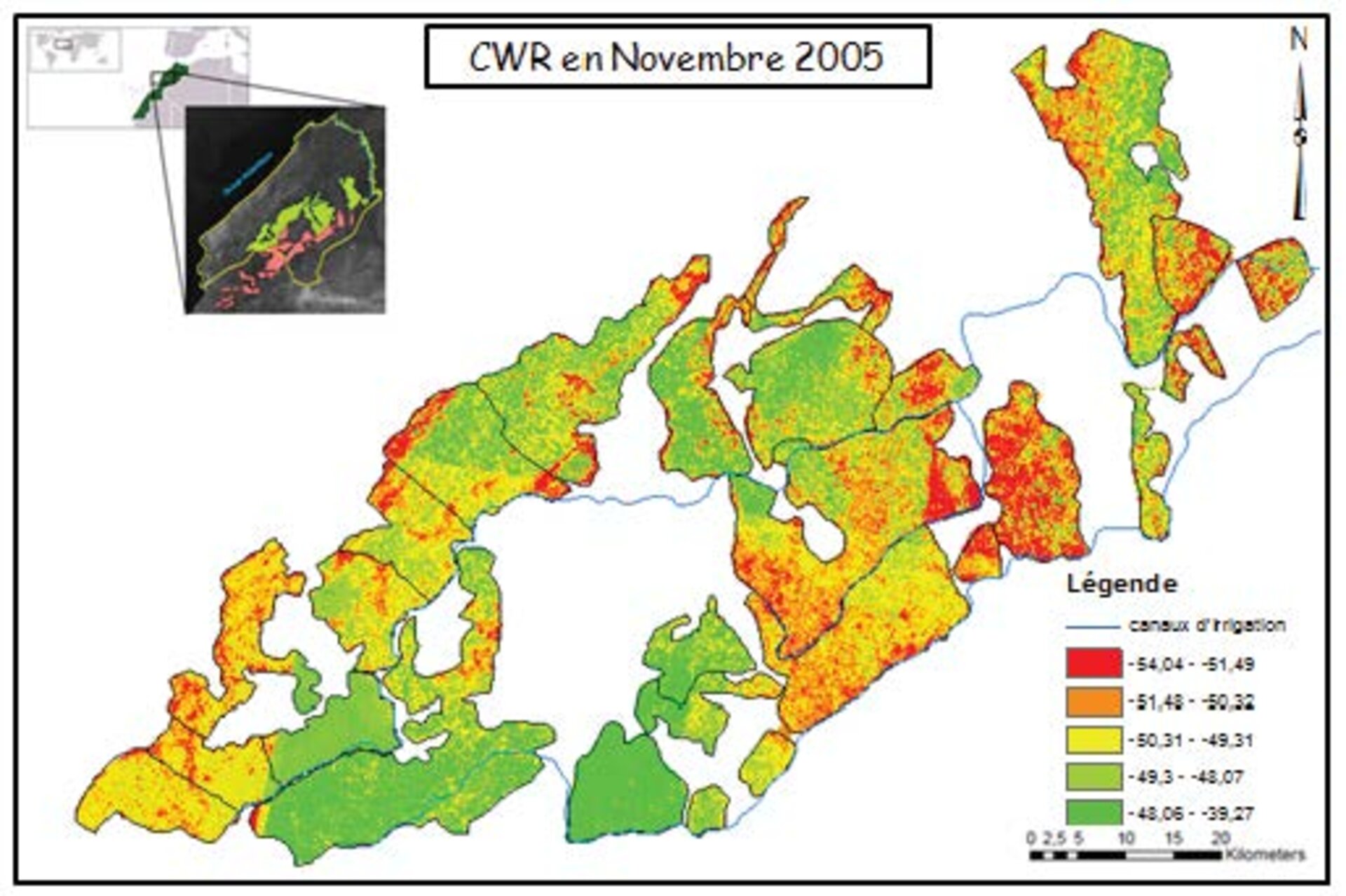 With many African countries suffering from a lack of water, ESA’s TIGER initiative has built capacity to map this precious resource. This new knowledge is making a practical difference and paving the way to sustainable water management practices.

Agriculture in Morocco’s Doukkala region is of great importance for national food production. However, increasing numbers of droughts are limiting the supply of water and affecting productivity – a typical issue for many parts of Africa.

Addressing this issue, scientists at a local university developed a system that uses satellite data to estimate the amount of water actually needed by crops.

The resulting maps are proving instrumental in optimising the use of scarce water resources for irrigation, protecting the farmers from losing their harvests to drought.

This is just one of the findings presented at the TIGER workshop, held this month in Hartbeesthoek in South Africa.

TIGER is committed to supporting African scientists, technical centres and water authorities in developing the scientific skills and technical capacity needed to make the best use of spaceborne technology to understand, assess and monitor water resources.

Over the last three years, which represents the second phase of the initiative, the projects received technical assistance, training and scientific support through the TIGER Capacity Building Facility.

In Senegal, Lake Guiers is the country’s main source of freshwater, fulfilling almost 40% the daily needs in the Dakar region. Monitoring and protecting this body of water is a high priority.

This kind of monitoring system means that pollution and ‘eutrophication’, where excess nutrients build up in the water, can be detected.

“The transfer of these scientific developments into operations would be very valuable in supporting our new office in monitoring the condition of Lake Guiers,” said Birane Ndiaye Dièye, Director General of the Lake Guiers Office, which is part of the national water authority in Senegal.

A training course on the management of water resources and modelling evapotranspiration was also held in collaboration with the South African Space Agency and national water authorities.

Further regional technical centres and universities were trained in the use of ESA’s system to deliver data via telecommunication satellites directly to African users.

This helps to bridge the digital divide owing to slow Internet connections in parts of Africa.

The TIGER initiative’s capacity-building objective has been successful so far in empowering African institutions, not only to access Earth observation data, but also to exploit data for water resource management.

The research conducted by Prof. Kamal Labbassi, Head of the Remote Sensing Group at the University Chouaib Doukkali in Morrocco, who was one of the first participants to the TIGER initiative, is a clear success.

“With its training and capacity building, the TIGER initiative was instrumental in starting Earth observation as a new science at my university,” said Prof. Labbassi.

“Our recent results on monitoring crop water requirements are now being considered by national water authorities to use for more efficient irrigation and ensure regional agricultural productivity.”