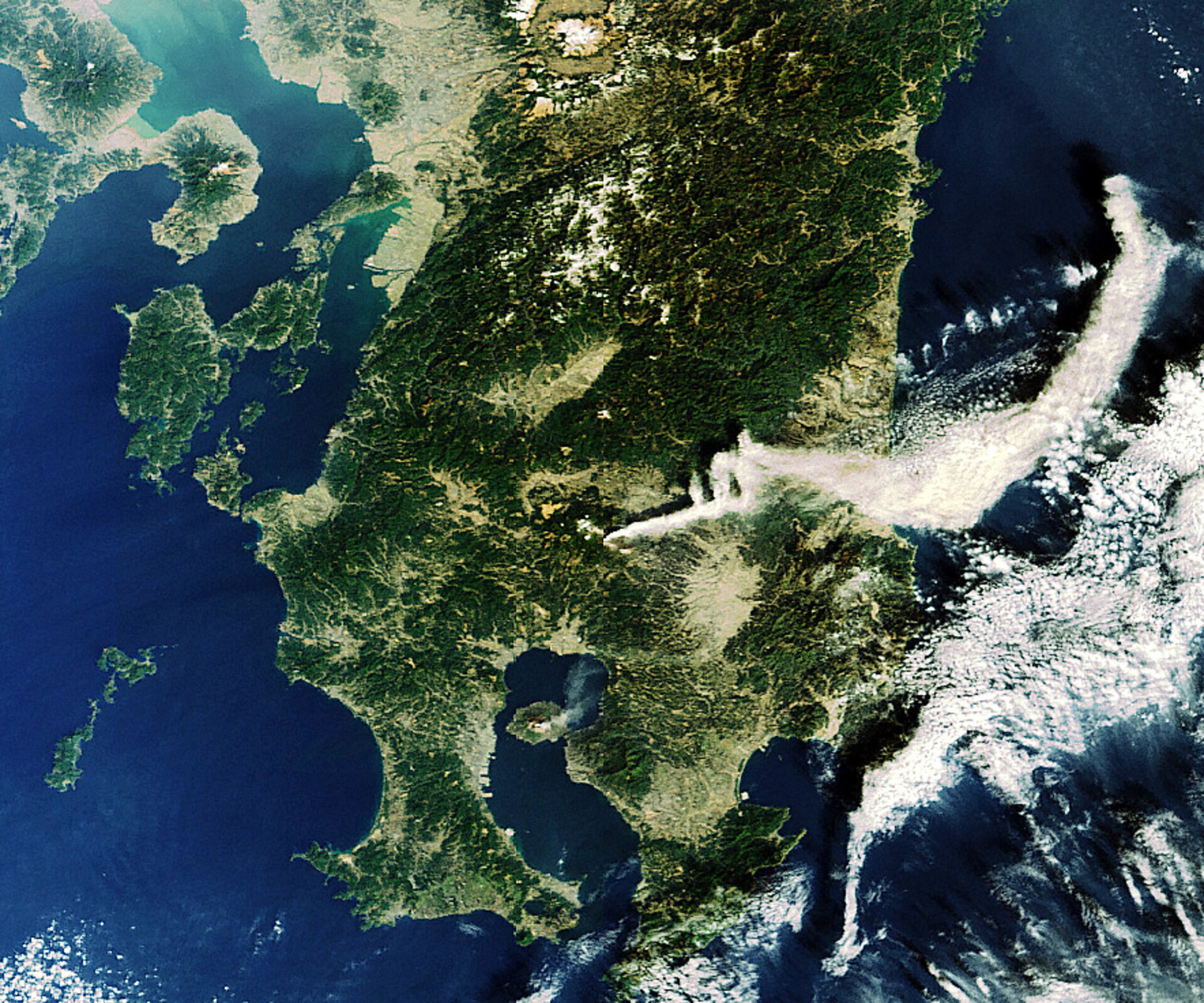 Shinmoedake, which featured in the 1967 James Bond film You Only Live Twice, started erupting on 27 January after being quiet for 52 years. Eruptions spewed ash and smoke as high as 3000 m.

The Sakurajima volcano, further south, is also visible in the image. Sukurajima has been erupting almost constantly since 1955, producing thousands of small explosions every year.

The image was acquired on 4 February at 01:25 GMT by the MERIS instrument in full resolution mode.