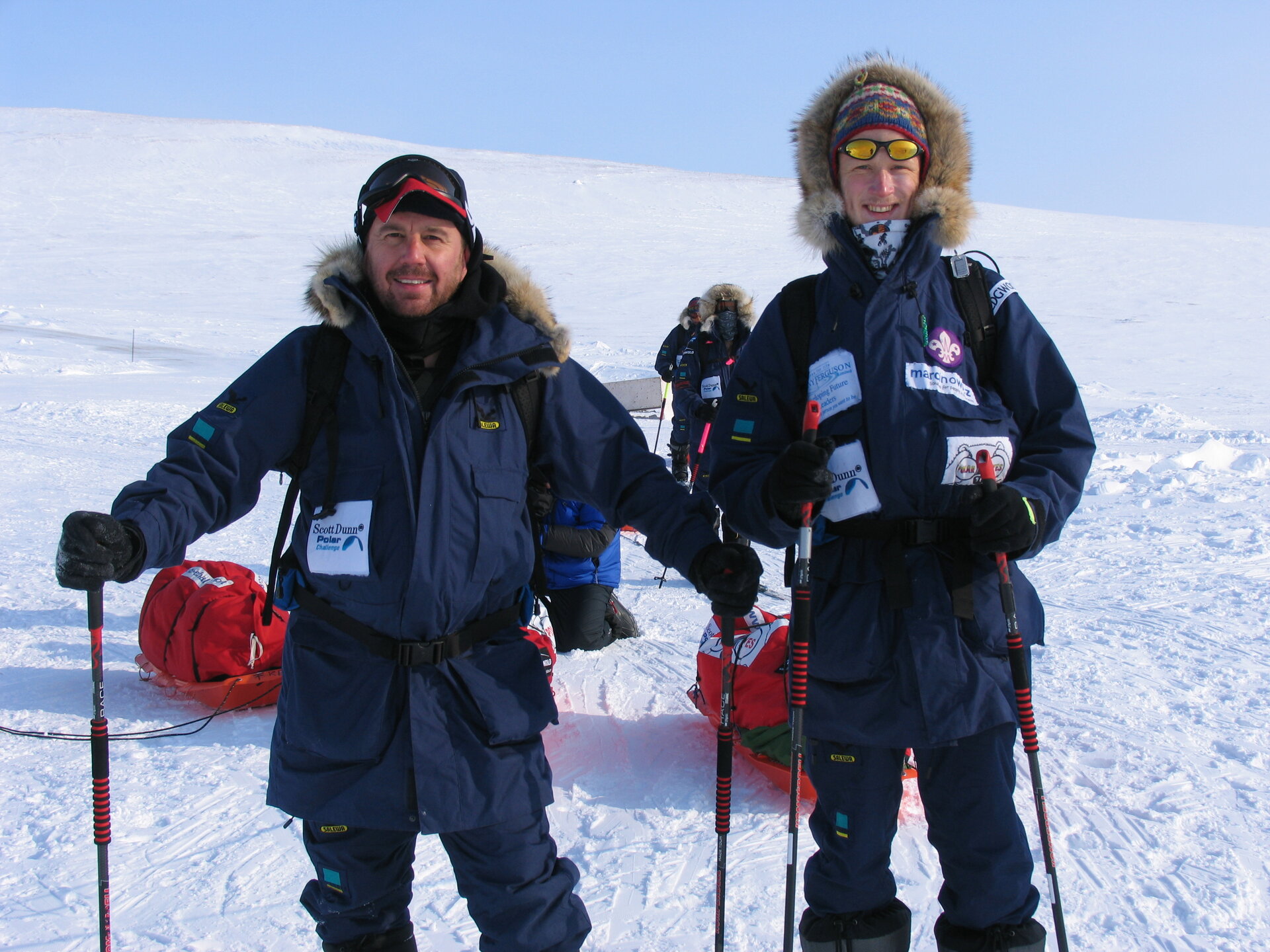 The final stretch of the Scott Dunn Polar Challenge is approaching: 44 competitors on 16 teams from all over Britain and Ireland are racing on skis, pulling sledges to the 500-kilometre-distant Magnetic North Pole. In this extreme environment, radar ice images from ESA's Envisat help ensure competitors keep safe.

After a year in training, participants set up from Resolute Bay in Canada on Saturday 23 April – the start having been delayed a day by a blizzard. Expected to take about two and a half weeks maximum, the race is the largest high Arctic event of all time, and an exercise in endurance for those taking part.

The Scott Dunn Polar Challenge route runs over both land and sea ice. At this time of year the sunlight is unceasing even as racers make their way through areas where temperatures regularly drop to -50°C.

Safety is the top priority, and the route has been prepared with manned checkpoints, supply dumps, mobile support and medical teams standing ready along with Twin Otter aircraft and helicopters flown by experienced Arctic pilots.

In addition the race organisers are receiving additional help from on high – in orbit 800 km away. Envisat Advanced Synthetic Aperture Radar (ASAR) images are being supplied to the race organisers through Vexcel UK, an Earth Observation service company.

Race organisers Tony Martin and Chris McLeod said they were "absolutely delighted with the detail" that they could see in the Envisat radar images regarding ice conditions north of Canada. They reported that the maps are much better than the data they have relied on in previous years, and could potentially save on costs associated with aircraft flying time and assist during emergency situations.

Delivery of SAR images to the Scott Dunn Polar Challenge was achieved within the framework of the ESA Earth Observation Market Development (EOMD) programme, with participating company Vexcel UK contacted Polar Challenge as part of a test study.

Why are these ice maps so valuable? Satellite radar images provide wide-area coverage across a region – no matter the weather conditions, cloud cover or local time of day.

They can also distinguish between different types of ice such as smooth ice and older, ridged ice. This is because the different properties and surface structures of the various ice types cause characteristic variations in the backscattered radiation that makes up a radar image.

For Polar Challenge the ice maps have been used for route planning for race participants ahead of time, as well as advising pilots on supply dump locations and eventuality planning for emergency landings.

Near-real time images of the ice can potentially be provided for rapid updating – although this was not a requirement for the Polar Challenge as the conditions in the race area are generally stable.

However updatable sea-ice maps based on satellite radar images could prove very useful to the operators of ice-strengthened ships and icebreakers that take tourists on expeditions to the Arctic and Antarctic.

These ships need the most recent information possible on the position of the ice-water interface or 'ice edge', and the location of thin new ice for optimal safe route planning.